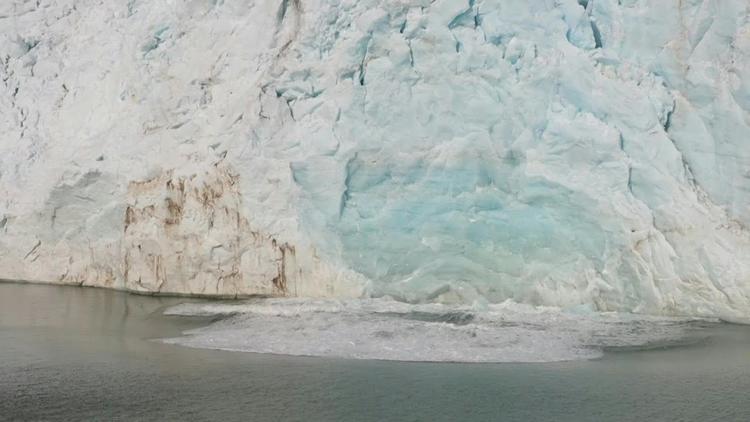 Ann Arbor (Informed Comment) – The Trump administration on Monday finalized its plans to permit oil and gas drilling in the arctic wildlife reserve. This drilling will further imperil endangered species just by the setting up of the rigs, and it will desecrate land holy to the indigenous Gwich’in people, who call it “the sacred place where life begins” and depend for their way of life on the wildlife Trump is threatening But, in addition, the large scale extraction of fossil fuels will wreck the planet. Burning petroleum puts the dangerous heat-trapping gas carbon dioxide into the atmosphere, causing global heating and climate change, which also imperils endangered species.

Ironically, scientists on the same day brought out a paper in the journal Communications: Earth and Environment, in which they showed that the Greenland ice sheet is losing 500 gigatons of ice annually now. Already 15 to 20 years ago, the ice sheet switched “to a new dynamic state of sustained mass loss.” This loss will continue now, and cannot be stopped. As Michelle Obama said of Trump, “it is what it is.”

Ordinarily, Greenland used to shed glaciers into the ocean but the ice loss would be made up for by new snow. Now, the new snow cannot make up for the ice loss every year.

The paper remarks, “The Greenland Ice Sheet is losing mass at accelerated rates in the 21st century, making it the largest single contributor to rising sea levels.”

Last year a study found that the rate of ice melt is 4 times what it was in 2003.

When all the ice covering Greenland melts, it will raise sea levels by 20 feet.

Just a six foot rise in the sea level would submerge Brighton Beach in New York City and would put “10,000 buildings with an assessed value of more than $100 billion underwater.” So Greenland going iceless would drown 30,000 buildings and destroy $300 billion in value, in New York city alone.

Miami’s elevation is only 6.5 feet, so a rise of 20 feet would erase the city entirely.

Just because of karma, melting the Arctic ice contributes to global heating in another way. As the ice sheet retreats, it leaves behind brown land. White ice reflects sunrays back out into space, but brown land absorbs them. Losing ice means decreased albedo and that also accelerates global heating.

So drilling for oil in the arctic is guaranteed to melt the arctic, in what must be the most brainless act of collective suicide in the Milky Way galaxy.