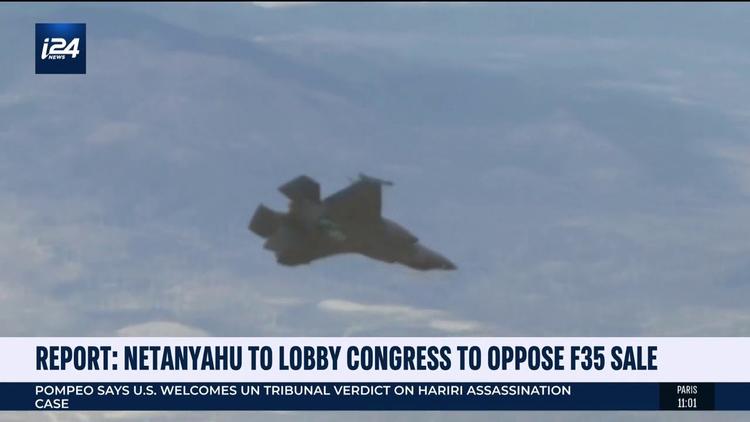 Ann Arbor (Informed Comment) – Only a week after the breathless announcement of the United Arab Emirates’ (UAE) recognition of Israel, the two newlyweds are already having their first spat.

On Wednesday, Matthew Lee of AP reports, Trump broached the sale of Lockheed Martin F-35 Lightning II Stealth fighter jets to the UAE. Trump said, “They have the money and they would like to order quite a few F-35s. It’s the greatest fighter jet in the world, as you know, by stealth, totally stealth. … They’d like to buy F-35s, we’ll see what happens. It’s under review, but they made a great advance in peace in the Middle East.”

The secretary of defense, Mark Esper, was formerly the vice president of the F-35 sustainment program at Lockheed Martin. One F-35 retails for roughly $100 million.

BBC Monitoring translates a report in the Israeli newspaper Yediot Aharonot that alleges a high UAE official told its correspondent that “The aircraft are part of the deal.” That is, an arms deal was part of the agreement between the two countries, and that the US would sell Abu Dhabi F-35s was openly specified.

So the United Arab Emirates made the treaty with Israel not to bring peace to the Middle East but to ensure that it is armed to the teeth. The UAE has a citizen population of only about a million (plus 8 million guest workers), so it is the Rhode Island of the Middle East. The country has enormous oil wealth, however, and has used it to begin asserting itself throughout the region, from Libya to Yemen. It joined Saudi Arabia in an air war on the Shiite Houthi rebels of Yemen, and Abu Dhabi clearly sees its sophisticated fighter jets as one key to regional dominance.

The UAE fancies itself rather like Frederick the Great (1740-1786) of Prussia, who wrote an essay on “Enlightened Absolutism.” It opposes grassroots, populist Muslim movements, both the Sunni Muslim Brotherhood and Shiite Khomeinism in Iran, in favor of secular-minded right wing authoritarianism from the top down.

Israel has a policy of attempting to maintain arms superiority in the Middle East, which the UAE is on the cusp of overturning.

The Yediot Aharanoth report, if true, indicates that Israeli prime minister Binyamin Netanyahu signed off on a deal that would give an Arab country F-35s, but hid the fact from his own government.

The same newspaper reports that when the news broke, Netanyahu suddenly feigned ignorance and said that if the F-35 deal for his new BFFs in the Gulf came before Congress, he would oppose it.

Netanyahu is prime minister in a national unity government and has a supposed close partner in defense minister Benny Gantz.

BBC Monitoring translates Mati Tuchfeld in Yisrael Hayom as writing that Gantz is furious because he had been kept in the dark about the UAE deal while he was at the Tel Hashomer hospital for treatment. On being released, he immediately held a press conference in which he complained that the agreement with Abu Dhabi had been concealed from him, and he was not told anything about a sale of F-35s. Gantz was quoted that such a sale “would not be good for Israel.”

So maybe the big announcement last week should really go this way. The UAE was bribed with F-35s and other sophisticated weapons to recognize Israel. Trump and Esper made Lockheed Martin happy, ensuring campaign dollars for Trump’s reelection, and Esper did well by his old company and colleagues. Netanyahu winked at this erosion of Israeli military dominance, hiding this dimension of the deal from his own minister of defense and security apparatus, so that he could claim the recognition as a breakthrough for his personal diplomacy and charisma. Netanyahu is under indictment and he may betray Gantz by going to new elections and campaigning on having gotten further recognition from the Arabs.

There weren’t any backs in this story that weren’t stabbed, especially those of the Palestinians.