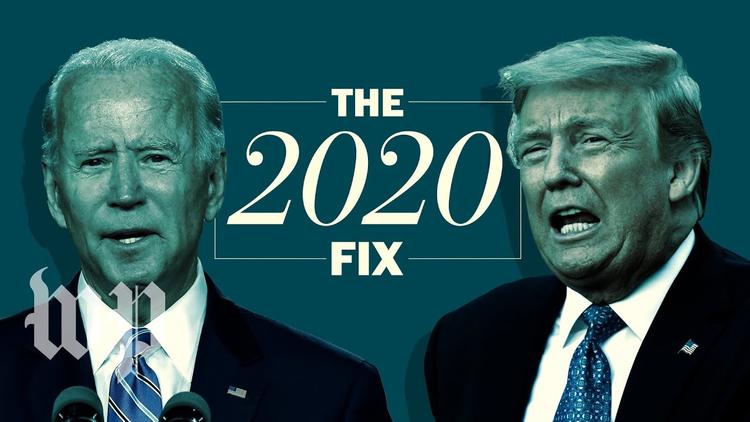 Liberal pundits often say that Donald Trump is on the wrong side of history. From this perspective, he’s a relic and a reactionary, a living reminder of all the skeletons in America’s closet.

But history only moves the way it is pushed. And from a longue durée view, it’s Trump who has the power to do the pushing, thanks not only to his deep pockets and ruthlessness but also to the deep support of two long-privileged groups in American life.

In 1841, Congressmen briefly argued about whether Irish and German immigrants should be able to claim western lands at the low and regulated prices paid by U.S. citizens. They voted yes, 30-12. As an afterthought, they banned Black Americans from this policy by the count of 37-1.

Nothing better captures the racial terms and conditions of American nationhood as it took form in the early 1800s. For white people, America was a land of republican liberty and equality, a giant breath of fresh air from the suffocating hierarchies of Europe.

It was also a violently racist society that saw Black people as chattels or nuisances and left no room for Indigenous nations.

As the historian Edmund S. Morgan famously explained, white republicanism and racism grew together. White Americans could be fair and friendly with each other precisely because they were all members of a privileged group.

Georgia’s governor put it this way as his state seceded from the Union in 1861: Under slavery, even the poorest farmer “belongs to the only true aristocracy, the race of white men.”

The Civil War destroyed slavery but preserved white supremacy. The United States remained a haven for many millions of Europeans, while Black people did not even gain de jure citizenship until the 1960s.

Racism aside, the most striking thing about the 1841 vote on western lands was its assumption that all white men deserved to own property. Most Americans embraced this ideal because it spread power widely through society, enabling every white man to be his own boss.

The dream was real enough until the late 1800s, when family farming collapsed and huge new corporations took over much of the economy. The percentage of men who were self-employed plummeted through the early 1900s, stoking bitter class struggles that only calmed with the post-Second World War boom.

For much of the Cold War, prosperity kept employees happy even as real power rested with their employers — the people who decided whom to hire and fire.

In Canada and most European countries in this period, left-leaning parties won major public interventions in health care and labour relations, curbing the power of employers and giving most people social and economic rights that come from their citizenship, not their work.

That never happened in the United States.

Most Americans thus need their employers not only for wages or salaries, but also for health insurance. America’s weak safety net makes workers even more fearful of losing their jobs.

Even though they make up a tiny fraction of the population, bosses thus wield enormous clout over everyday life. In America more than in other western countries, their particular interests tend to stand in for “common sense.”

What does this have to do with Trump’s re-election chances?

First, we need to recall that many white Americans have felt on the defensive since the Civil Rights revolution of the 1960s. They don’t see themselves as racist, yet they’re also uncomfortable sharing power and visibility with people of colour.

In effect, Trump invites such voters to be comfortable again with their white privileges. This certainly worked in 2016. “From the beer track to the wine track, from soccer moms to NASCAR dads,” Ta-Nehesi Coates wrote in The Atlantic in 2017, “Trump’s performance among whites was dominant.” Among white women, he bested Hilary Clinton by nine points; among white men, he prevailed by 31 points.

As for the nation’s employers, the last 50 years have been kind: all Republicans and many Democrats have rolled back the limited gains that labour made during the New Deal.

For corporate titans as well as small business owners, Trump is more good news. As early as 2000, Trump announced his desire to privatize (that is, to end) Social Security. In office, he’s slashed taxes on businesses and the wealthy along with health, safety and environmental regulations.

Trump even throws a few bones to manufacturing companies by raising tariffs on friends and foes alike.

For all his volatility and incompetence, then, Trump is the default choice — even the safe choice — for a critical mass of white voters and business owners. The deaths of nearly 170,000 Americans to COVID-19 won’t change that, in part because the victims are disproportionately Black, Indigenous, people of colour and poorer workers.

With all this history on his side, Trump will be hard to beat even if he fights fair, which he almost certainly will not do.

The Democrats are in for a desperate fight.