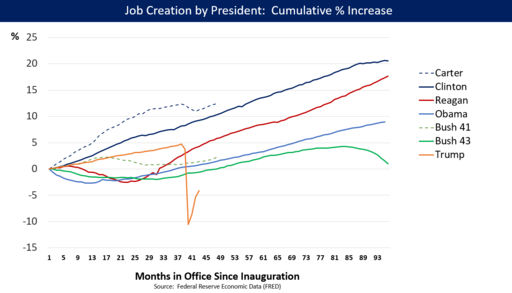 Ann Arbor (Informed Comment) – Trump supporters often acknowledge that Trump’s personal style puts them off, but that they like his economic program. They agree that the trade deficit with China is too high and that the US should not let its manufacturing sector dwindle.

The problem is that Trump’s rhetoric on those issues, like his rhetoric on almost all issues, is a complete fantasy with no grounding in reality. Let us just consider four planks of his personal platform.

1. Trump has not brought back manufacturing jobs. At all. Last fall, Industry Week reports, manufacturing fell to 11 percent of US gross domestic product, the lowest since 1947 and lower than any year of the Obama administration.

Those factory workers who vote for Trump (and they are a minority of blue collar workers) should not bother. He hasn’t done anything for them and won’t.

2. Trump’s 2017 huge tax cut has not benefited you, it benefited the filthy rich. It cut government revenue by $450 billion a year (lower taxes mean less government income), and put up the annual deficit to a trillion dollars a year. You pay interest on the money that the government borrows to cover the loss.

The benefits of the tax cut went to the 3.3 million richest people in America, and the bottom two-fifths of Americans will actually get poorer. Jared Bernstein at WaPo writes,

“CBO predicts that between 2016 and 2021, the share of income going to the bottom and middle fifths will fall slightly, while that going to the top fifth grows by 1.2 percentage points, with the majority of that gain (0.9) coming from the top 1 percent.”

Bernstein points out that conservatives keep warning about socialism, but they are engineering the state to give away money to the affluent, i.e. they are engaged in a socialism for the rich.

3.Trump has not put America back to work. Last January, 158 million Americans had jobs. Some 25 million have lost them, Marketplace quotes former Bureau of Labor Statistics Commissioner Erica Groshen as estimating. In June, the unemployment rate was 11.1 percent, higher than at any time in the last 70 years. We are on the verge of a historic housing crisis as rents come due for millions who no longer have an income.

Trump prolonged the coronavirus agony by refusing to implement a national testing and tracing program, by closing the economy too late and opening it too soon, and by discouraging mask wearing. The third quarter of this year could have seen the economy come roaring back if we had had a capable leader. Unemployment will be historically high for the rest of this year because of Trump’s mismanagement.

This chart shows that Trump (the red fish hook below) has the worst job creation record of any modern president and far worse than even the much maligned Jimmy Carter.

4. Trump has not substantially reduced the trade deficit with China, which actually rose on average during his four years in office. The over-all trade deficit of the US has actually grown under Trump.

I wrote in June:

according to former national security adviser John Bolton’s new book, when Trump met privately with President Xi, he begged his counterpart in Beijing to help him get elected . . . Not only that, but when Xi told Trump he was planning to put the Uighur Muslims of China’s northwest Xinjiang province in concentration camps, Trump told him it would be an excellent idea.

Trump has gloried in his reputation for being hard on China with regard to the huge trade imbalance between the two countries, with the US buying far more from China than vice versa. Trump has noisily put tariffs on Chinese goods, which he represents as a cost borne by China. Actually, the tariffs are paid by the US consumer.

In any case, as of February of 2020 [before the pandemic], the over-all US trade deficit was 14% higher than in Obama’s last year. Yes, friends, the fearsome mercantilist and economic nationalist Trump has actually run up the US trade deficit with the world.

If we figure in December, 2019 dollars, the picture looks this way. As for China, the US trade deficit with that country in the last year of the Obama administration was $373 billion adjusted for inflation since. In the first two years of Trump it skyrocketed to $432 billion. Trump then panicked and slapped high tariffs on Chinese goods, and wrestled the China deficit in 2019 back down to $350 billion. All his effort just got us just about back to where Obama had been.

One thing that happened was that firms that made cheap things in China and sent them to the US just switched production to Vietnam and other countries that Trump had not slapped high tariffs on. So the over-all trade deficit of the US with the world is 1/7 higher than under Obama, and the deficit with China is only very slightly lower than in Obama’s last year, in real terms, according to Citizen.org.