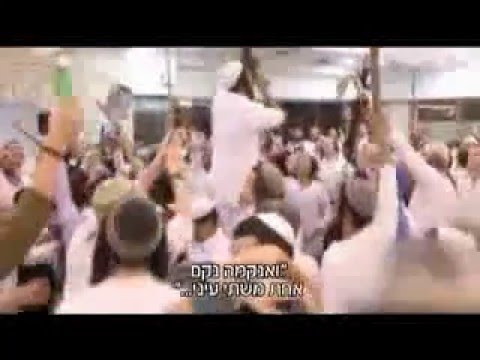 ( Middle East Monitor ) – Deep-rooted anti-Palestinian racism is endemic across large segments of Israeli society. This was demonstrated yet again when an Israeli crowdfunding campaign raised over 1.38 million NIS (equivalent to £310,000) in just five days last week for the legal appeal fund of Amiram Ben Uliel, the Israeli terrorist who received three life sentences for killing three members of the Palestinian Dawabsheh family five years ago. Ben Uliel’s arson attack on 31 July 2015, killed 18-month-old toddler Ali Dawabsheh and his parents Saad and Riham. Ahmed Dawabsheh, the sole survivor of the attack and only five years old at the time, was left with second- and third-degree burns on over 60 per cent of his body.

The racist campaign fund, set up by Ben Uliel’s wife Orian and the far-right legal aid group Honenu after his sentencing last Monday, passed its campaign goals in just five days. To date, the campaign has received money from over 4,900 contributors and has been supported by a number of prominent Israeli personalities, including more than two dozen rabbis from across the national-religious spectrum and Prime Minister Benjamin Netanyahu’s eldest son, Yair.

“In preparation for the appeal to the Supreme Court a defence team of first-rate attorneys is being formed at a particularly great cost,” wrote the rabbis in a joint statement urging Ben Uliel’s release. “We call on the public to contribute generously [to this crowdfunding campaign], everyone according to individual ability, for this life-saving campaign.”

In a separate statement, Rabbi Elyakim Levanon, the Chief Rabbi of the Shomron and the head of the Elon Moreh Yeshiva noted: “All of Am Yisrael is in a crisis. I call on each and every one to join the campaign to release this innocent man and to free him from all guilt, both with prayers on Rosh HaShana and with substantial contributions.”

The rabbis’ joint statement and such clear support from Israelis for Ben Uliel’s appeal to succeed exemplifies a growing tide of anti-Palestinian sentiment across Israeli society that increasingly regards Israelis who attack and kill Palestinians as heroes. The social media clip that went viral showing scores of Israelis dancing in celebration of the news of Ali Dawabsheh’s death illustrates the elation with which such news is received in Israel.

More recently, an Israeli soldier shot Palestinian Abdel Fattah Al-Sharif in the head as he lay on the ground wounded and unarmed. Elor Azaria was released in May 2018 after serving only nine months of his 18 month sentence for manslaughter. Azaria executed Al-Sharif 11 minutes after he was shot and brought to the ground; the soldier was originally charged with murder only for this to be dropped hastily by the Israeli Military Police.

Unsurprisingly, Azaria’s conviction for manslaughter caused uproar across Israel and led a diverse range of social and political leaders to express open solidarity with him and call for a pardon. According to Knesset Member Yifat Shasha-Biton, the entire case was “fundamentally distorted” from the outset, while Netanyahu, upon learning of Azaria’s conviction, noted that it was “a difficult and painful day for all of us”. Mass protests calling for Azaria’s release were held across Israel; according to police estimates, as many as 5,000 people gathered in Rabin Square in Tel Aviv, with “death to Arabs” being chanted.

Since his release from prison in 2018, Azaria has gone on to become a celebrity in Israel, receiving large popular support and even being paid to feature in Likud political campaign advertisements in 2019 alongside Deputy Environmental Protection Minister Yaron Mazuz. Azaria’s increasing fame comes against the backdrop of a justice system in which, for example, the then 17-year-old Palestinian Ahed Tamimi was held in a military prison for eight months for slapping an Israeli soldier after her cousin was shot in the head with a rubber bullet, while the cold-blooded murder of Palestinians attracts minimal jail sentences or, in many cases, none at all. “Without the images that went viral in the country and around the world…” wrote Allison Kaplan Sommer in Haaretz, “nobody would have known his [Azaria’s] name.”

The damning indictment of racism within Israeli society, exemplified by the widespread calls to release the murderer of the Dawabsheh family and the lack of accountability afforded to soldiers who murder Palestinians, is likely to surprise those still preoccupied with the myth of an egalitarian, democratic Israel. It serves as a wakeup call that forces reasonable people to grapple with the reality of Israeli society in 2020, which is so unlike the image promoted by its apologists. Far from the social contract laid out in its founding declaration, Israel has become a place in which even the convicted killer of an 18-month toddler and his parents is defended vehemently and supported financially both openly and, to Israel’s eternal disgrace, enthusiastically.

Robert Andrews is the PR Officer for EuroPal Forum.