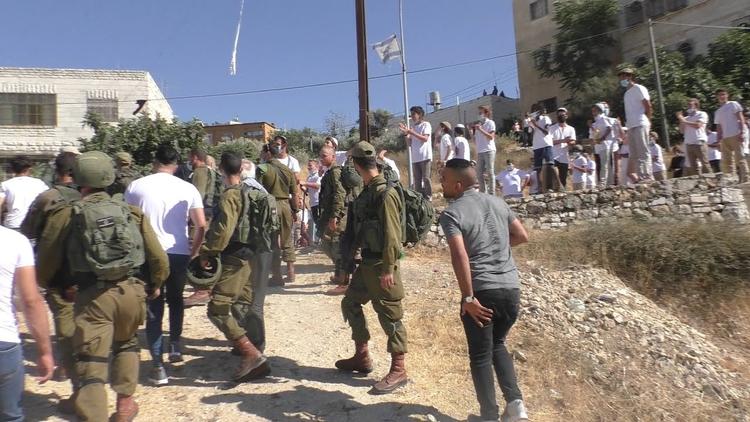 Middle East Monitor) – Ever since Israel’s plans to annex large parts of the occupied West Bank and Jordan Valley emerged, media and political discussions about them have moved on to more urgent issues, primarily the Israel-UAE normalisation agreement. This reveals a number of internal and external reasons that prompted Israel to postpone the annexation plan until further notice; or possibly cancel them altogether.

Annexation’s shift from the front pages highlights the factors that prompted Prime Minister Benjamin Netanyahu to put it off for the time being. They may also have helped him to climb down despite criticism from settlers.

Some Israelis believe that annexation was stillborn in January, when the “deal of the century” was announced by Washington, and was only buried on 13 August, when Netanyahu received a generous alternative from US President Donald Trump and Abu Dhabi Crown Prince Mohammad Bin Zayed.

Moreover, Netanyahu’s coalition partner in government, the Blue and White bloc, was unable to veto the annexation plan. However, it insisted that its implementation could only go ahead with US agreement, and so regained a veto of sorts.

The Ministers of Defence and Foreign Affairs, Benny Gantz and Gabi Ashkenazi respectively, both have a military background. They warned about the possibility of a third Palestinian intifada (uprising) and another war against the Palestinians in the Gaza Strip. Netanyahu listened carefully — nothing frightens Israeli prime ministers more than warnings of a security disaster — but took no notice.

Jordan, meanwhile, alone among all the other Arab countries appeared to be the most sensitive to the Israeli annexation of the West Bank, either because of the threat it posed to the Wadi Araba Peace Treaty, or concern for the stability of the Hashemite Kingdom. This caused Netanyahu to back down, as he feared that his legacy would include the collapse of one of Israel’s two formal peace agreements with Arab countries, the other being Egypt, of course.

On top of this, there appeared to be little official Arab support for the annexation plan, even among those governments running to “normalise” with Israel. Nevertheless, Netanyahu expected that support from his Arab “friends”, especially in Saudi Arabia, the UAE and Egypt, would push the Palestinians into negotiations with his government. However, even these Arabs were unequivocal about not supporting anything related to unilateral annexation of Palestinian territory in the occupied West Bank.

With Democratic candidate Joe Biden’s chances in the race for the White House improving, Netanyahu realised early on that the “historical opportunity” might turn into a “historical mockery” in the next few months. He still remembers UN Security Council Resolution 2334, which does not recognise Israel’s legitimacy beyond the 1967 borders. The resolution was adopted towards the end of former President Barack Obama’s terms of office.

There is also the coronavirus pandemic to consider. Israeli citizens are preoccupied with the crisis, leading as it has to major health, economic and social issues. Polls suggest that only 4 per cent of Israelis believe that annexation is the main issue, with a million unemployed and a large deficit in the state budget paralysing entire sectors. Israeli businesses are collapsing and the public expectation is for the leadership to focus on the efforts to stop the spread of Covid-19 and take sound measures to halt the slide in the economy.

It is the economy which probably pushed Netanyahu into postponing annexation, not least because of its cost to the public purse. Changing the path of the apartheid separation wall in the West Bank, addition costs for the expected deterioration in security, and the probable increase in education, health and infrastructure services in the West Bank that will be imposed on Israel in the event that the PA collapses post-annexation were calculated to be just too much to bear. Israel also faced the possibility of European sanctions costing tens of billions of dollars.

The irony is that Israeli settlers are also a reason for postponing annexation. The extreme right-wing elements amongst them rejected the proposed partial annexation, and wanted to impose Israeli sovereignty over the whole West Bank, preventing the establishment of an independent Palestinian state. Then they realised that the Oslo Accords, which they despise, leave more room for annexation than Trump’s plan, and so changed their positions at the last minute.

While the Europeans view the two-state solution to be an important principle for “peace”, and are willing to accept a temporary Israeli presence in the Palestinian territories due to the PA’s refusal to negotiate, they have made it clear that unilateral annexation is inconsistent with international law. As the EU is Israel’s main trading partner, it has a lot of economic and political influence, and warned Netanyahu about potential economic sanctions on Israel, which it simply could not cope with.

Finally, the annexation map as provided by the “deal of the century” suggested that as no settlements were being evacuated and the roads leading to the settlements were to remain in place, the result would be an entangled mess of Palestinian-Israeli territory. In effect, it would be a “one state” solution. This, for the Israelis, would be a nightmare, so it became essential for Netanyahu to go back to the drawing board and think again. Although he denied that annexation has been cancelled when the UAE claimed that its deal took the move off the table, it is hard to see how any of the above could possibly lead us to conclude anything to the contrary.

Adnan Abu Amer is the head of the political science and media department of Umma University in Gaza. He lectures on the history of the Palestinian cause, national security and Israeli studies. He holds a doctorate in political history from Damascus University and has published several books on the contemporary history of Palestine and the Arab-Israeli conflict.