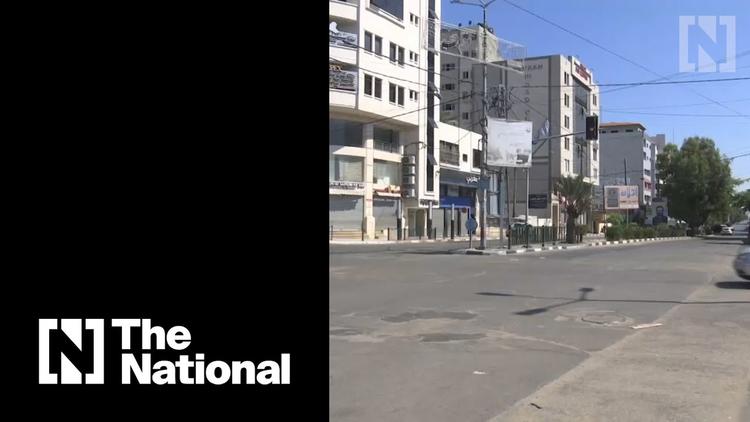 ( Middle East Monitor) – Since Covid-19 first appeared, the Palestinians in the Gaza Strip have tackled the pandemic with typical determination. Without delay, they implemented a strict quarantine regime with mandatory 21-day isolation in government-run facilities adjacent to the border posts.

This seems to have worked well until last week’s announcement of confirmed cases outside the quarantine centres. Four people in the same family tested positive for Covid-19. As a result, the International Committee of the Red Cross (ICRC) warned that the healthcare sector in the besieged territory will not be able to deal with the inevitable spread of the virus.

The situation in Gaza is already one of the most complex in the world; how it deals with the coronavirus will be difficult to compare with other places. It really is exceptional and a special case in itself.

The authorities in Gaza cannot impose self-isolation or even a complete curfew because it is home to 2 million people, including 1.4m refugees, living in extremely overcrowded conditions. According to

Shati (Beach) Camp, for example, is the third largest of the Gaza Strip’s eight refugee camps, and one of the most crowded. Initially accommodating 23,000 refugees, there are now more than 85,600 living in just over half a square kilometre. The camp hasn’t been able to grow, but the population has. With very narrow alleyways and streets there is one food distribution centre in the camp, one health centre, one UN area relief and social services office, one maintenance and sanitation office and two wells. How can the government impose self-isolation or curfew measures in such circumstances?

“Stay at home” is not an option when you depend on daily work at very low wages to meet even the very basic necessities. Staying at home for 14 days means no work, no income and no food.

Added to the economic crisis is the fact that electricity power cuts take place at least 12 hours every day. Moreover, 96 per cent of the water in Gaza is not fit for human consumption. Throw extreme temperatures into the mix — very hot in summer, very cold in winter — as well as Israeli bombs and military incursions and the crisis is very obviously overwhelming. “Stay at home”? It’s just not possible.

The ongoing blockade imposed on Gaza is one of the main reasons why tackling Covid-19 is particularly difficult. It has been said that the Gaza Strip is the world’s largest open-air prison. Since 2007, it has endured a strict air, sea and ground siege imposed by Israel and its allies, including Egypt. Medicines, medical disposables, laboratory materials and equipment are among the essential items restricted severely by the siege. Palestinians in need of medical treatment abroad face every likelihood of being refused permission to travel due to the blockade.

A human being’s immune system depends on a balanced diet and fresh water to drink, all within a health environment. Gaza has none of these. The crumbling health sector is struggling to cope with day to day issues, never mind the coronavirus. Personal protective equipment (PPE) is in short supply, as are disinfectant and other basic cleaning materials.

In a 2017 report, the UN said that the Gaza Strip would be “unliveable” by 2020. Well, here we are, in 2020, with the blockade still in place despite the coronavirus pandemic; extensive poverty; a crippled health sector; and dire living conditions which are ideal for the spread of Covid-19.

“If the outbreak reaches the magnitude where you need more than 40 ICU beds to treat patients, it… could well turn into a disaster of gigantic proportions,” explained Gerald Rockenschaub, the head of the World Health Organisation’s Palestine office. What are the prospects for a besieged territory which has just 40 intensive care beds for a population of two million people?

Despite everything, the Palestinians in Gaza remain optimistic. They have to be, and they refuse to be broken by this latest challenge. While the developed world has advanced technology to tackle the pandemic, the Gaza Strip stands alone, with simple and primitive facilities at its disposal. Life has more or less shut down, with roads closed to reinforce the lockdown, and field hospitals in the south of the Strip.

Israel, meanwhile, has been bombing Gaza for the past two weeks and more. Why is the world remaining silent about this? If the UN and its resolutions are to have any credibility whatsoever, it must move today to protect the Palestinians in the Gaza Strip. This is a basic human right at the best of times; during a deadly pandemic is it imperative.

The National: “Restrictions imposed in Gaza Strip to contain coronavirus”