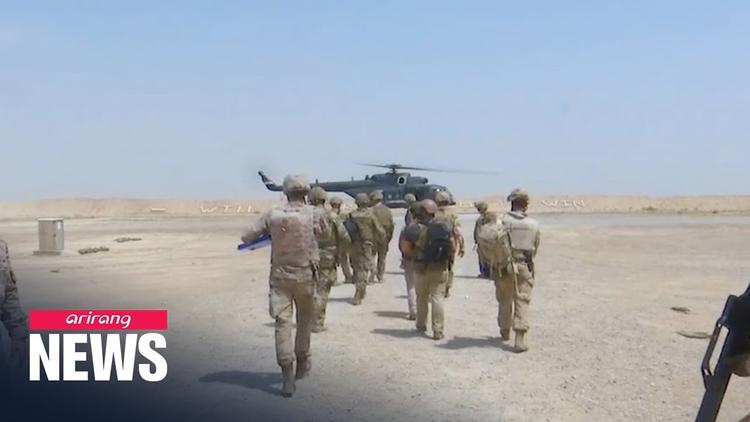 Ann Arbor (Informed Comment) – Amid ongoing katyusha attacks by Shiite militias on the Green Zone, the site of the US Embassy in Iraq, Secretary of State Mike Pompeo has threatened to close the embassy. Analysts are saying he is unlikely to follow through on the threat, but the Iraqi government of prime minister Mustafa al-Kadhimi is afraid he will, causing the Iraqi government to fall. Steps have apparently been taken toward the embassy closing.

In 2003-2004, George W. Bush’s viceroy, Paul Bremer, ruled Iraq from the Green Zone in downtown Baghdad, and through 2011 the US military occupied the country.

For the US embassy, which once was the site of a neo-colonial government of Iraq, to be closed would turn a page in the history of both countries.

The Iraqi press is reporting that Iraqi special operations units have secured the Green Zone in downtown amid ongoing rocket attacks on the compound, and that the US ambassador, Matthew Tueller, is not so much visiting Erbil as fleeing there.

On Saturday, Iraqi foreign minister Fuad Hussein visited Tehran, and was told by President Hassan Rouhani that the presence of US troops in Iraq, the Gulf and Afghanistan poses a security threat to all the countries of the region. He said the Iraqi parliament’s vote to expel US troops was a positive step. He denied that Iran intervenes in Iraq’s internal affairs.

The US is in the process of reducing the number of its troops in the country to 3,000 in September. The remaining personnel have been concentrated in a few bases, withdrawing from bases where they were exposed.

Trump had Iranian Gen. Qasem Soleimani assassinated from the air at Baghdad International Airport after he had deplaned from a civilian airliner and checked through customs with his diplomatic passport. The then Iraqi prime minister, Adil Abdulmahdi, told the parliament that Soleimani had come to Baghdad so that Abdulmahdi could mediate between Iran and Saudi Arabia, in a bid to lessen tensions. In the aftermath, the Iraqi parliament instructed the PM to find a way to ease the American military out of Iraq.

Bob Woodward’s recent book Rage says that Trump chief of staff, Mark Meadows, and Sen. Lindsey Graham, were appalled at the assassination plot, and attempted to talk Trump out of it because they feared a spiraling escalation with Iran.

It was not only Soleimani who died in the attack. Gen. Abu Mahdi al-Muhandis, the leader of the Brigades of the Party of God (Kata’ib Hizbullah), an important Shiite militia that fought ISIL, was also killed. Members of his militia will now not rest until the US is out of their country.

The Brigades subsequently killed two US and one British military service personnel with rocket attacks, and for a while tit for tat attacks between Trump’s US military and the Brigades were escalating. The coronavirus epidemic provided a cover for both to step back. US officers on the ground in Iraq are said to have remonstrated with the administration that its targeting of the Shiite militias was endangering US troops.

Trump in Iraq has been sawing away at the very tree branch on which he and the US military are sitting.

The more radical militias continue to make threats toward and to fire katyushas at the symbols of the US presence in Iraq, and the new prime minister, Mustafa Kadhimi, has not proven able to rein them in.

Kadhimi, a former intelligence minister who worked closely with the Americans during the campaign against ISIL, is considered too close to Washington by activist Shiites friendly with Iran. Pompeo’s threat to close down the US embassy, even if not implemented, has certainly weakened Kadhimi in two ways. He has publicly been given an American vote of no-confidence. And, his inability to stop the militia attacks and hence his weakness at home has been underlined.

Even the usually strongly anti-American cleric Muqtada al-Sadr has called for an end to the militia attacks, suggesting that parliament step in. Al-Sadr used to be a militia leader himself, but has increasingly turned to civil politics. As an Iraqi nationalist, he is suspicious of radical Shiite groups being run in Iraq by Iranian intelligence.