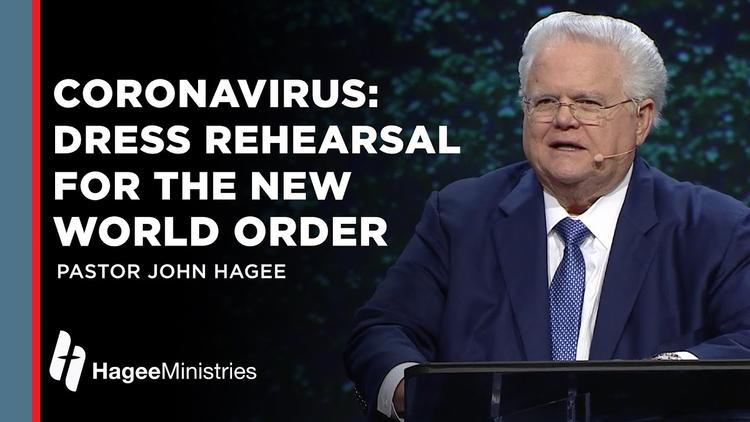 Ann Arbor (Informed Comment) – Last summer, the mayor of San Antonio, Ron Nirenberg, ordered all schools closed until September 7 as a mitigation measure against the spread of the coronavirus. Texas had a major outbreak this summer, one of the country’s worst hot spots. Texas has had over 800,000 cases and 16,444 deaths.

Fundamentalist pastor John Hagee’s Cornerstone megachurch runs religious schools, which insisted on staying open as if they did not have to obey the law. A compliance officer received a tip that they were endangering San Antonio residents with this reckless and lawless behavior, and shut them down. Hagee and other pastors of the 20,000-strong megachurch sued for them to stay open. He was supported by Texas Attorney General Ken Paxton, who argued that school closure orders by municipal authorities should not affect private religious schools.

On Monday it was announced that Hagee, 80, had fallen ill with the virus.

I guess he didn’t read my Tomdispatch article on what fundamentalists could learn about the pandemic from the skeptical Persian poetry, the Rubaiyat of Omar Khayyam.

Hagee also slammed the US government and state governments for releasing nonviolent offenders from prison because of fears of the spread of the coronavirus in tightly packed jails, insisting that murders and rapists were let go. He called the pandemic an opportunity for a new world order.

No, it is just an opportunity for people to get sick if they don’t wear masks, practice social distancing, and behave sensibly.

Hagee is a big supporter of Trump, who lives in a similar state of denial (though one born of narcissism rather than an abundance of religious faith). Both of them are now sick together. I hope they recover. But let us not pretend that they didn’t visit this on themselves by their stupid behavior. And let us not pretend they haven’t made a lot of other people sick too, and killed some.

Hagee is also a booster of Israel’s Binyamin Netanyahu. The cynicism of the far right Likud Party is visible in its welcoming of Hagee’s support even though the pastor has said revolting anti-Semitic things. He once alleged that God had authorized Hitler to kill six million Jews because they dragged their feet on moving to Israel. What kind of monster says a thing like that?

Netanyahu is widely felt in Israel to have mismanaged the pandemic. Israel had a spike of cases in October and had to go into a second lockdown. The fundamentalist Haredi or ultra-orthodox community, 10% of the Israeli population, has had 40% of cases. Palestinian-Israelis have also suffered disproportionately, but that is likely because they perform menial tasks and are front line workers who are more exposed than those who can work remotely.

Many Haredi rabbis have defied lockdown orders, and a funeral for a rabbi yesterday attracted thousands of mourners, contravening public health guidelines. Secular Israelis are upset by this behavior.

In the US, some evangelical megachurches have been at the forefront of coronavirus denialism and have continued to insist on holding large, packed meetings. Vice president Mike Pence and other Trump officials attended such a church service this past summer in Dallas, that of Robert Jeffress, giving their blessing to the unsanitary practice.

Calvary Chapel in Universal City, Texas, actually allowed hugging early this past summer, and saw a major outbreak when 50 staff and parishioners were stricken.

The novel coronavirus is a respiratory disease that spreads when an infected person breathes, coughs, or sneezes on another person. For crowds to be indoors without masks and engaging in activities like singing or preaching or hugging (!) allows an infected individual to spread the disease to many other people. Many super-spreaders are themselves asymptomatic, i.e., they have the disease without significant symptoms, and so do not know that they are spreading it around.

Texas-based televangelist Kenneth Copeland told his electronic congregation last spring that the could be cured of COVID-19 if they watched his church services on television.

Fundamentalists dedicated to irrationality, whether it is the irrationality of refusing to distance socially or the irrationality of trying to occupy 5 million stateless Palestinians forever, are causing a great deal of trouble in the world. Hagee and the rabbis do it out of a misplaced belief that faith triumphs over reality, whereas Trump and Netanyahu do it for economic and political advantage. The latter is also a sort of magical thinking, which holds that if only a policy is good for a narcissist politician’s career, then reality can be bent to the will of the politician. It can’t.