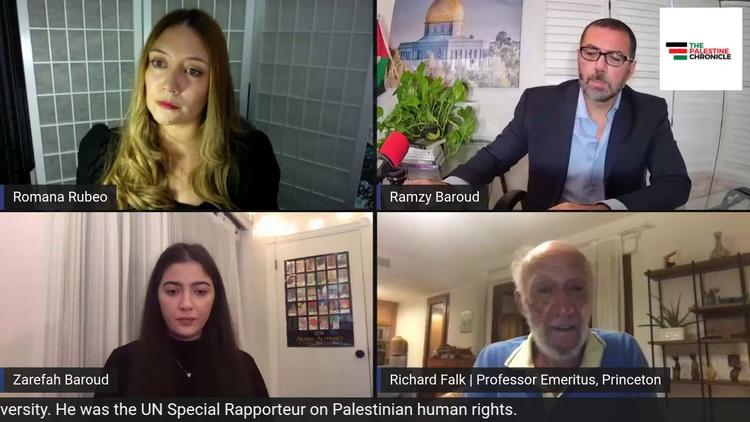 ( Middle East Monitor “>) – ‘International law’ remains one of the most discussed terms in the context of the Israeli occupation of Palestine. It is almost always present, whether the discussion pertains to the Israeli wars and siege on Gaza, the expansion of illegal Jewish settlements in the West Bank or the encroaching apartheid throughout Israel and the Occupied Territories.

Despite the importance and relevance of the term, however, it rarely translates into anything tangible. The Israeli siege on Gaza, for example, has continued, unabated, for nearly 14 years, without international law serving as a protector of Palestinian civilians against Israeli violations of human rights. More recently, on September 13, the Israeli government approved 1,000 illegal settlement units in the West Bank, in stark violation of international law. It is likely that Israel will go ahead with it, anyway.

With regard to violating international law, Israel is in a unique category of its own, for Israel’s behavior is always governed by its military strength and the backing of its Western allies.

To gain more insight into the relationship between international law, conflict resolution and accountability, I spoke with Professor Richard Falk, one of the world’s leading experts on international law and former UN Special Rapporteur on Palestinian Human Rights.

Of particular relevance to our discussion are the current Palestinian efforts at pursuing international action to hold alleged individual Israeli war criminals accountable at the International Criminal Court (ICC). The fact that the Court has agreed to investigate alleged war crimes in occupied Palestine has generated an angry response from Israel and unprecedented sanctions from Washington, targeting ICC judges and staff, including Prosecutor, Fatou Bensouda.

I asked Professor Falk about the ‘limited scope’ of the ICC investigation, as the Court will only be looking into Israeli war crimes, thus, for now, excluding crimes against humanity, among other illegal practices that should be applicable in the case of Israel.

“The scope of the investigation is something that is ill-defined, so it is a matter of political discretion,” Professor. Falk said, adding that “the Court takes a position that needs to be cautious about delimiting its jurisdiction and, therefore, it tries to narrow the scope of what it is prepared to investigate.”

“I don’t agree with this view … but it does represent the fact that the ICC, like the UN itself, is subject to immense geopolitical pressure,” Falk told me. Still, the seasoned international law expert described the ICC investigation as a “breakthrough”.

“It’s a breakthrough even to consider the investigation, let alone the indictment and the prosecution of either Israelis or Americans that was put on the agenda of the ICC, which led to a pushback by these governments … Israel has denounced the Court as if it is improper to examine any State that claims the matter of geopolitical impunity. So you have a core denial of the rule of law.”

Undeniably, this breakthrough and the advanced position of international institutions regarding the illegitimacy of the Israeli occupation are the outcome of the insistent effort put in by Professor Falk and other champions of international law throughout the years. In fact, the relentless attempts aimed at silencing Falk – and others like him – were carried out so that their criticism of Israel’s violations did not, eventually, lead to such dreaded investigations, like that of the ICC.

“There are very militant Zionist-oriented NGOs, like UN Watch, that engage in defamatory kinds of activities and use all their resources and energy to persuade people, including the UN Secretary-General, to criticize me and urge my dismissal or some type of sanctions,” Falk reflected on the challenges he faced during his term at the UN between 2008-14.

Fortunately, but also tellingly, “in the end, the role of Special Rapporteur was respected … and there was so much support for my activity, including foreign ministries and also from outside the Islamic world. I felt that it was an important kind of presence to maintain.”

“The Zionist groups were, of course, very frustrated and they didn’t try to respond to my reports on the violations of human rights in the Occupied Territory; instead, they concentrated on defaming and smearing the messenger rather than addressing the message,” Falk said, identifying the very essence of the strategy used by pro-Israel groups, whether at the UN or elsewhere.

I also asked Professor Falk about the term ‘Israeli occupation’ as, in my limited understanding, the term has been devised by the Geneva Conventions – and previous international definitions – to regulate a transitional period during which an Occupying Power is in charge of the welfare and well-being of the civilian population living in an Occupied Territory.

“International law is quite ambiguous about the duration of a military occupation and Israel has made a kind of specious argument that the Geneva Conventions and the normal law governing belligerent occupation doesn’t apply here, because this is disputed sovereignty rather than a case where another country has been occupied,” Falk said.

Coupled with US-western support and vetoes at the Security Council, Israel has historically exploited this ambiguity to entrench – instead of ending – its occupation of Palestine.

Since international law “doesn’t provide an endpoint to the Occupation, the most effective way of challenging it from an international law perspective is that Israel has committed so many fundamental breaches of the obligations of an Occupying Power – the establishment of the settlements, the incremental annexation, the integration of Jerusalem into the sovereign State of Israel..”

“They are all fundamental violations of the Fourth Geneva Convention and they represent an effort to make the end of Occupation not possible in the sense that it was meant: turning the society back to the civilian population that is occupied,” Falk continued, describing this situation as a “serious flaw, legally and politically.”

“But is there a reason for optimism?” I asked Professor Falk, whose energy and tireless work continue to define this indefatigable warrior of human rights.

“As colonialism and oppression lost their acceptance as forms of legitimate political behavior, the political balance shifted and the perseverance of national struggles turned out to be more formidable than the weaponry at the disposal of the colonial powers,” Falk said.

According to Professor Falk, history is clearly on the side of Palestinians, who are already “winning the legitimacy war”.