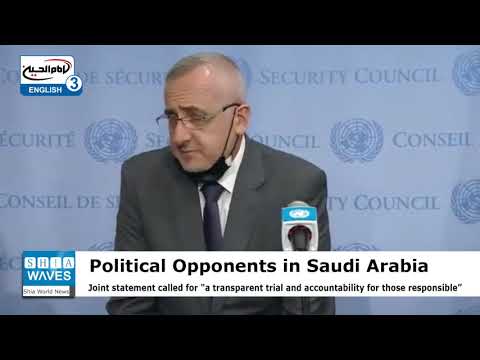 Human Rights Watch waged a campaign against allowing China and Saudi Arabia onto the council. Riyadh in the past has used membership on the Human rights Council to block UN investigations into its human rights abuses, Ibrahim writes. In 2018, The Intercept reported that the UN quashed a proposed report on Saudi killings of children in its strikes on Yemen after King Salman threatened to pull hundreds of millions of dollars of funding from the UN.

Saudi Arabia’s international reputation has cratered since King Salman ascended to the throne in 2015 and enabled his son Mohammed Bin Salman, now crown prince. Bin Salman launched a ruinous war against Yemen, producing one of the young century’s worst humanitarian disasters, in 2015. It is still going on.

On October 2, 2018, Saudi Arabia shocked and dismayed the world by sending a team of hit men, several from the circle of Bin Salman, to kill Washington Post columnist and long-time Saudi journalist Jamal Khashoggi at the Saudi consulate in Istanbul. He was strangled to death and then his body was cut up by a medical examiner with a bone saw and disposed of. A body double had been sent to create the impression that Khashoggi had left the consulate alive, but he had much bigger feet than Khashoggi and had not been provided the right shoes, and so the death squad had to give up on that subterfuge. The assassins also apparently did not realize that the consulate was bugged by both the Turkish and the US governments, who therefore heard the entire gruesome murder via signals intelligence. The US CIA concluded that Bin Salman himself had likely ordered the killing.

The kingdom has attempted to recoup its reputation by hiring celebrities to go on TikTok and Instagram and praise tourism in Saudi Arabia, but the UN General Assembly members seem unimpressed.

Attempts have been made by legislators in London and Washington, DC, to halt arms sales to Saudi Arabia and to stop Western assistance to the war on Yemen.

The 193 member states of the United Nations General Assembly vote for the 47 members of the Human Rights Council, which serve three-year terms. They can only serve two consecutive terms and then have to cycle off.

There were 15 seats up in this election. They are apportioned among five world regions, but the whole UNGA votes for all the empty seats. There were four seats open in the Asia-Pacific region, and usually members of that region would make agreements beforehand about who would run for them. In this case, however, Saudi Arabia really wanted to get on the Human Rights Council as part of its propaganda effort to whitewash its tattered reputation. Riyadh ran against China, Pakistan, Uzbekistan and Nepal, hoping to nudge one of them out. The tally, however, went this way:

The Human Rights Council is structured as a beauty pageant, and the most horrible abusers are routinely elected to it. The Trump administration withdrew from it, though I am not sure whether this was out of disgust that egregious violators of human rights serve on the council or out of a lack of belief in human rights.

As can be seen from the vote tally, though, China has suffered reputational damage for its actions against the Uighur minority, not getting the pro forma votes that Pakistan and Uzbekistan got.

That Saudi Arabia could not beat any of these countries, none of them paragons of human rights, shows that its reputation is in the toilet. Of course, it is sad that 90 countries voted to put a country with that record on the UN Human Rights Council. Then again, some of them may receive Saudi aid.