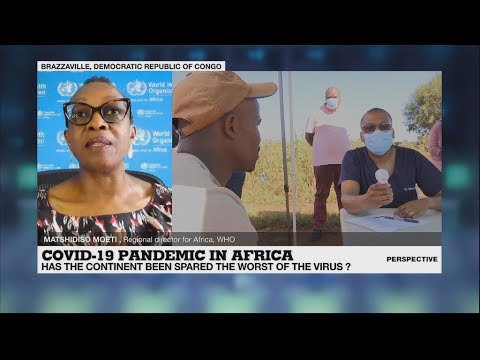 Southwest Harbor, Maine (Special to Informed Comment) – Asked recently what he might do differently in managing the Covid19 pandemic the president responded, “Not much.” Little does he recognize or acknowledge the successes of and lessons to be learned from countries he has contemptuously labeled “shitholes.” What is lost to public health from this scorn and its origins are important parts of the story of the global pandemic.

Maru Mormina and Ifeanyi M Nsofor argue at The Conversation that there is much to be learned in terms of leadership, preparedness, and innovation from the Third World. Most African nations are battling several communicable diseases and the need to spare resources is imperative. Covid19 is being managed alongside Lassa fever, yellow fever, cholera, measles and many others. This expertise makes these countries more alert and willing to deploy scarce resources to stop outbreaks before they become widespread.

Their mantra might best be summarised as: act decisively, act together and act now. They write, “When resources are limited, containment and prevention are the best.” Acting together has included establishment of a continent wide platform to purchase supplies of needed drugs and equipment. In addition, several Latin American nations have developed low cost strategies to deal with the disease. Chile has created a low-cost, unpatented coronavirus test, allowing other low-resource countries to benefit from the technology.”

It is no accident or inadvertent omission that political and medical leaders fail to take seriously developing nations approach to the pandemic. The barriers are a blend of American exceptionalism and neoliberal economics. American exceptionalism plays itself out in crude exclusionary acts and gestures.More subtly even many liberals resist surrender any part of US sovereignty to international bodies and agreements.

Neoliberal ideology plays increasing role in governance of modern healthcare. This is true in two senses. Viewing hospitals as financial assets has spurred a merger movement, and markets are viewed as perfect information processing machines. If the market is not signaling an immediate need for PPE there is not need to maintain a back up inventory.. Similarly the US insistence on intellectual property rights drives up the cost of drugs to both developing nations and US citizens all the while distorting drug research priorities.

In his largely unsuccessful effort to shift the blame for the nearly quarter of a million Covid19 deaths on his watch he claimed the media take in stride the death of 500 in an aircraft crash. Once again he President misleads. Commercial aviation crashes are extremely rare, and when they occur the corporation and even the regulators are carefully scrutinized. The two fatal crashes of the Boeing 737 Max have exposed the role of a cost cutting management and complicit safety inspectors in dangerous soft ware fixes for more basic hard ware problems.

COVID19 respects no boundaries. Trump demonstrates daily callous disregard for the many lives he has cost. May it be an occasion to build a movement for environmental and economic justice across race, class, and national lineOne start to this process, a path suggested by Mormina and Nsfor: “A healthy start would be for developed countries to get rid of their “world-beating” mindset, cultivate the humility to engage with countries they don’t normally look towards, and learn from them.”