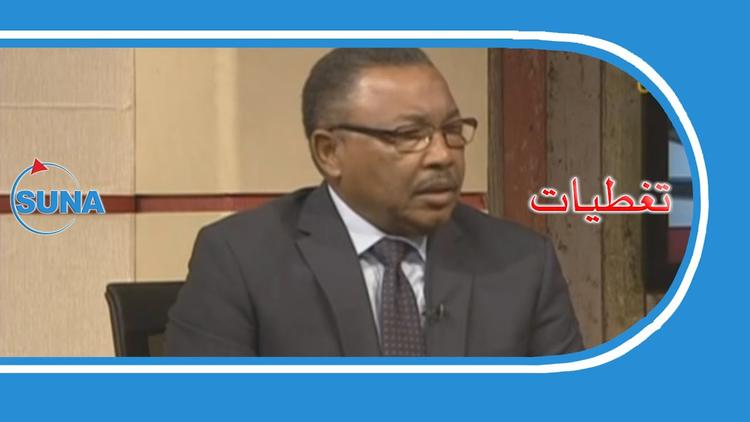 Ann Arbor (Informed Comment) – Donald Trump held a press conference in the Oval Office with Israeli prime minister Binyamin Netanyahu on speaker phone in which he breathlessly announced that Sudan had agreed to normalize relations with Israel, following on Bahrain and the United Arab Emirates earlier this year. Egypt and Jordan had signed peace treaties with Israel decades ago.

Except that as usual, Trump got over his skis.

Here’s the wrinkle. The whole Sudanese government has not in fact agreed to normalize relations with Israel. A couple of military officers in the hybrid civilian-military interim government seem to have made the agreement, which is highly contingent.

The acting Sudanese foreign minister, Omar Qamar al-Din, immediately came out and pointed out that it was only the revolutionary, civilian executive and the military “sovereignty council” that had agreed to the normalize. An agreement to normalize, he said, is not the same as actual normalization. Reading between the lines, Mr. Qamar al-Din was actually likely complaining that the military part of the executive had made a provisional agreement with Trump and Netanyahu and had strong-armed the civilian prime minister, Abdullah Hamdok, to go along.

The Sudanese state news agency reported that while the foreign minister did say that the transitional government’s two-pronged executive branch had agreed to normalization of relations with the state of Israel, the step would have to await ratification by an elected legislature, and only then could it be fully implemented. Parliamentary elections are scheduled for two years from now in late 2022.

Sudan’s revolutionaries, led by the leftist Sudanese Professionals’ Association, agitated in 2018 and 2019 to overthrow the country’s right wing fundamentalist junta. They seek to implement international human and civil rights norms in their country, and want an elected, democratic, parliamentary government. They have also agreed to a separation of religion and state.

Qamar al-Din observed that normalization is not a discrete event but rather a continuing process. If the future legislature did ratify the move, he said he was confident that Sudan would reap tremendous benefits. However, implementation remains hostage to the vote of the legislative branch of government.

After ratification, he said, the state of enmity between Sudan and Israel would end, and a swirl of diplomatic, political, economic and investment activity would ensue.

As I reported earlier this week, the Trump administration agreed to remove Sudan from the State Department’s list of state sponsors of terrorism on Monday. Actually, that designation was based on policies of the Omar Bashir government that the current revolutionaries had overthrown, so delisting Sudan should have been automatic. Trump, always pettily transactional, made the poor, post-revolution country that had labored under sanctions for decades, pay over $300 million in reparations for actions the current prime minister, Abdullah Hamdok, has roundly condemned. It is also suspected that there was another quid pro quo for delisting, which was the recognition of Israel.

Prime minister Hamdok had opposed normalization with Israel at this time because he believes that only an elected, legitimate government would have the right to take this step. He appears to have been convinced to go along by the officers, but I take it that Qamar al-Din’s statement represents Hamdok’s own reservations, in insisting that this step is not a done deal until a parliament representing Sudanese popular sovereignty says it is.

This move was favored by the powerful officer corps, organized as the “sovereignty council,” which cohabits with the civilian government. It was especially favored by General Abdel Fattah al-Burhan, the chairman of the sovereignty council. Some Sudanese officers had long felt that Egypt’s Camp David peace accord with Israel had yielded foreign investment and economic benefits of which Sudan had been deprived by autocrat Omar Bashir’s rejectionist stance.

One worrisome corner of the deal is that it appears to have been brokered in part by the United Arab Emirates, whose effective ruler, Mohammed Bin Zayed al-Nahayan, has been a major force in rolling back and defeating moves toward democracy in the Arab world. Israel’s Netanyahu also opposed Egypt’s Arab Spring, preferring dictator Hosni Mubarak. Sudanese revolutionaries should watch carefully that the military junta half of the government isn’t bribed to make a Sisi-style officers’ coup on behalf of the UAE and the Israelis, rolling back the unwelcome outbreak of popular sovereignty in Sudan.

The April, 2019, Sudanese Revolution overthrew fundamentalist dictator Omar al-Bashir, who headed a military junta. The remaining officers agreed to share power for a few years with civilian leaders thrown up by the revolution. So it is a mixed military-civilian government with limited legitimacy. Nobody elected it.

The civilian revolutionaries agreed to letting the officers remain in the government for now because they wanted to allow time for proper parliamentary elections in 2022 or so, giving political parties time to organize themselves and broaden their grassroots. Otherwise, given what happened in Egypt in 2013, there was a danger of falling back into military rule.

But there is also a danger of coup by bribe.