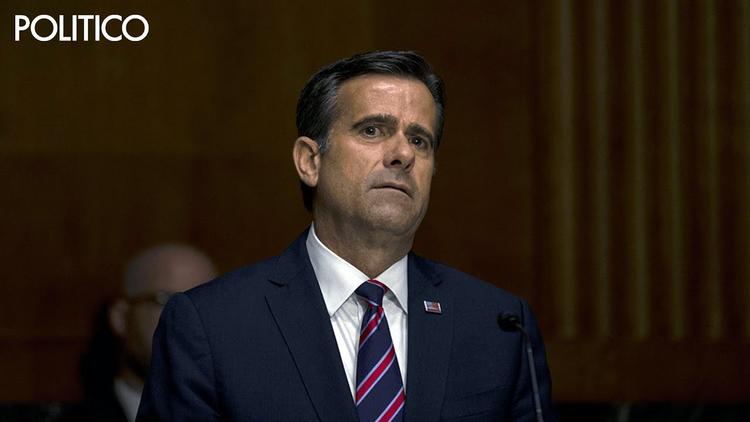 Ann Arbor (Informed Comment) – I don’t know what it is about being in official Washington that degrades basic critical faculties. Like the Red Queen in Alice in Wonderland, they start saying, “Why, sometimes I’ve believed as many as six impossible things before breakfast.” The US Establishment believed that Iraq in 2002 was near to having a nuclear weapon when it didn’t have the slightest rudiments of so much as an enrichment program.

You might as well run a headline saying that Mexico or Germany was conniving at a second Trump term. I mean, what kind of brain dead thing is that to say?

Now, could the spoofed emails have come from accounts in Iran? Sure. The People’s Jihadis (Mojahedin-e Khalq or MEK, MKO), sometimes listed as a terrorist group by the US State Department, wants to overthrow the Islamic Republic, is active inside Iran and could easily set the government up in this way. Or I’m sure that Saudi or other anti-Iran government hackers could route the emails through an Iranian server or spoof an Iranian internet service provider. But, really, guys, intelligence analysis isn’t just tracing an ISP. You have to know geopolitics to know if something is plausible.

When Trump initially bruited the far right congressman from Texas, John Ratcliffe, to be Director of National Intelligence instead of the normal person Dan Coates, there was a firestorm of protest that Ratcliffe, who is certifiable, might politicize intelligence. He withdrew from consideration briefly, but then Trump shoehorned him in. Presto. Politicized intelligence.

Ratcliffe says that the Mueller Report wasn’t by Robert Mueller (it was) and rejects its conclusion that Russia in 2016 was trying to put Trump in (it was). Ratcliffe also wanted felony charges against Obama and his officials for leaking the gist (Ratcliffe said it was a transcript) of convicted and disgraced former National Security Adviser Michael Flynn’s conversations with Russian ambassador Sergey Kislyak, in which Flynn quite illegally promised the Russian that Obama’s sanctions on Russia would be dropped when Trump took office. The leak was appropriate and there won’t be a prosecution, and Ratcliffe is unlikely to still be in office in February.

In other words, there isn’t any glaze-eyed wingnut conspiracy theory too wild for Ratcliffe to swallow it whole and with relish.

In April, 2018, Iran was selling 2.5 million barrels of petroleum a day and had the prospect of gradually integrating into the world community as a result of the 2015 Iran nuclear deal with the UN Security Council, including the US. Joe Biden was part of the Obama team that worked out that deal with Tehran.

In May, 2018, Trump abruptly breached the treaty signed by his predecessor and then put the most severe financial and trade sanctions on Iran ever applied by one country to another in peacetime. The Iranian currency fell dramatically in value. Iran is starved for cash as its oil exports fell to a few tens of thousands of barrels of oil a day, i.e. almost nothing. Iranians can’t afford to import medicine or PPE in the midst of the pandemic, which is spiking.

On January 3, 2020, Trump ordered an assassination by drone of Iranian General Qasem Soleimani at Baghdad International Airport. Iranian officials have intimated that someday, somewhere, Trump will receive retribution for this murder.

The official government line in Tehran is that Biden is just as bad as Trump. But AFP did some interviewing inside Iran and found that the ordinary Iranians they talked to think a second Trump term would prove disastrous for the lives of Iranians.

So Iranian intelligence would send intimidating emails to Florida Democrats insisting they vote for Trump? WTF?

The theory that Iran was just trying to sow chaos also does not make any sense for Iran. For Russia, yes. But not for Iran. Anyone with the slightest common sense can see that Iran would be much better off with Biden, who is likely to try to re-implement the 2015 nuclear deal. It won’t be easy and it won’t be exactly the same, but it will be better for Iranians.

Above all, the Iranian government has a grudge against Trump that it won’t forget. Ever.