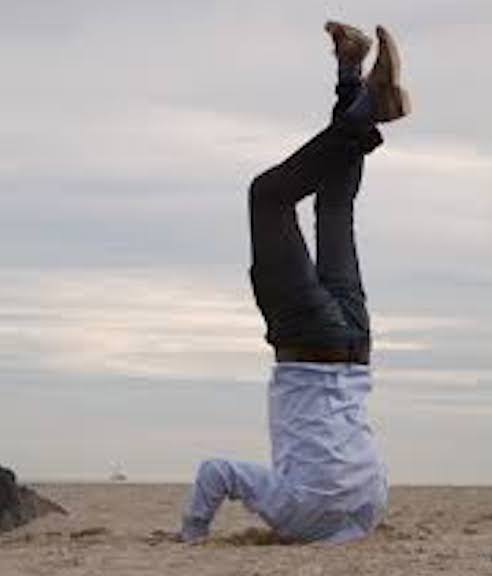 ( Foreign Policy in Focus ) – The refusal of tens of millions of Americans to recognize the election results is part of a much larger denialism — of COVID-19, of climate change, and U.S. decline.

The presidential election wasn’t close. Joe Biden won the popular vote by more than 7 million votes, which translates to a margin of 4.5 percent. His Electoral College victory was larger than either of George W. Bush’s.

Yet, Donald Trump still refuses to concede. The soon-to-be-ex-president tried to pressure Republican legislators to overturn the election results in the states where Biden’s margin of victory was narrow. They rebuffed him. His legal team filed 59 suits to subvert the popular will — and lost every one of them. The president has even tried to enlist the help of the Supreme Court, which pointedly ignored him.

All of these strategies have failed. Despite many accusations of fraud, the president and his party have been unable to produce even one piece of credible evidence. Wherever recounts took place — two counties in Wisconsin, statewide in Georgia three times — they confirmed Biden’s victory.

Trump’s latest plan is to skip the inauguration on January 20, 2021 and hold a rally in Florida to announce his intention to run again in 2024.

Trump’s sore-loser performance is pathetic. But the denialism embraced by the Republican Party is far more disgraceful, since it represents the failing of an entire institution as opposed to the psychopathy of a single individual. Worse, this electoral denialism is just one of several large-scale delusions that threaten to undermine democracy, tear apart the country, and compromise efforts to address global scourges like COVID-19 and climate change.

Donald Trump has always been a lose-lose kind of guy. His bankruptcies — financial, moral, and otherwise — have always translated into catastrophe for everyone else as well. Now, in losing the 2020 election, he is determined to do whatever he can to burn down the house.

In the Senate, Chris Murphy (D-CT) bluntly described Republican efforts to overturn the election as “the most serious attempt to overthrow our democracy in the history of our country.” At any other time, this might pass for election-year hyperbole. But a sizable portion of the Republican Party has not just refused to acknowledge president-elect Biden but has actively attempted to subvert the election.

According to a Washington Post analysis, only 16 Republicans in the House and 20 of their colleagues in the Senate have been willing to acknowledge Biden’s victory. One Republican member of Congress even tried to push through legislation condemning any colleagues who call “upon Trump to concede prematurely.”

When Texas Attorney General Ken Paxton launched a bid to overturn the election results in four swing states that went for Biden, not only did 17 pro-Trump states join the suit, but so did 125 Republicans — including Kevin McCarthy, the top-ranking House Republican. The suit was obviously unconstitutional: states don’t have legal standing to challenge the electoral procedures of other states. “Dangerous garbage” is how one election law expert described Paxton’s act of desperation. The Supreme Court rejected the case.

The Electoral College confirmed Biden’s victory this week. Remarkably there were no faithless electors who changed their votes (there were seven in 2016). Thanks to the Electoral College imprimatur, Russia’s Vladimir Putin and Mexico’s Andrés Manuel López Obrador finally reached out to congratulate Biden, with Republican Party grandee Mitch McConnell begrudgingly following suit.

Republican denialists have one last Hail Mary pass. On January 6, Congress meets to confirm the results of the Electoral College. Legislators have the right to challenge the state votes. Several House Republicans have already indicated that they will do so, but they’ll need a senator to join their ranks. Even if they manage this feat, the Republican-controlled Senate won’t support such a coup, not with McConnell warning his fellow senators that it’s a lame-brained strategy. Even if McConnell could be convinced otherwise, forget about getting the Democratic-controlled House on board.

Unfortunately, many Americans also deny the reality of the 2020 election. A third of the American electorate (including 77 percent of Republicans) believes the right-wing messaging around fraud, that the 2020 presidential election was “stolen.”

Many of these denialists embrace conspiracy theories in which the Democrats were smart enough to manipulate the results of the presidential election while somehow failing to win control of the Senate or prevent the Republicans from recapturing a handful of House seats. Many Trump followers go so far as to believe that the Republicans who control the electoral politics of states like Georgia and Arizona, including governors who voted for Trump, are part of this vast conspiracy. These Republicans have bravely defended the integrity of the election, with the governor of Arizona ignoring a phone call from the president himself as he certified Biden’s victory in the state.

This denialism has a violent component. Armed protestors have shown up outside the home of the secretary of state in Michigan, while officials in other states have received death threats. Even in Vermont, where Biden won 66 to 30 percent, someone wrote to the secretary of state saying that those who oversaw the election should be executed by firing squad.

The refusal of tens of millions of Americans to recognize the results of a free and fair election is part of a much larger denialism.

The coronavirus pandemic is sweeping through the United States, which has the largest number of infections and fatalities in the world. And yet millions of Americans refuse to take the simplest precautions against the disease, such as wearing a mask and avoiding crowded gatherings. Nearly a third of Americans believe that the COVID-19 death toll has been inflated. Four in 10 Americans say that they won’t take a vaccine when it becomes available.

Then there’s the large number of Americans who are in denial about the current climate crisis. Of major countries, only the populations of Indonesia and Saudi Arabia are more in doubt of the science of climate change than Americans. One in 15 Americans doesn’t even think that the climate is changing.

Some of America’s dangerous denialism can’t be measured in public opinion polls. For instance, many Trump supporters are in denial about the changing demography of the United States. By 2045, according to the U.S. Census, white people will no longer form the majority of the American population. Trump did everything in his power to push against that demographic trend by restricting immigration, deporting the undocumented, and throwing his support behind white nationalist figures. Instead of embracing the country’s diversity, many white people cling to their disappearing privileges.

The left is not immune to denialism. You can still find some diehards who refuse to acknowledge Russian meddling in U.S. politics. Some of those refuseniks deny that Vladimir Putin is an autocrat who assassinates his critics, invades his neighbors, works to undermine the European Union, and props up distant dictators like Syria’s Bashar al-Assad. Then there are those who look the other way at the human rights abuses of putative leftist leaders, like Daniel Ortega in Nicaragua or Xi Jinping in China.

But these left-wing denialists have little influence here in the United States. In contrast, the denialism of the right wing, even with Trump leaving the White House, is a matter of life and death, quite literally in the case of COVID and climate change.

The most insidious denialism of all, however, is entirely invisible.

The United States has the largest economy in the world, measured by GDP. The American dollar is still effectively the world’s currency. America has the most powerful military in the world, thanks to huge annual Pentagon budgets.

But the United States is no longer the world’s sole superpower, as it was after the collapse of the Soviet Union in 1991.

China is indisputably a superpower. According to a more accurate measure of GDP known as “purchasing power parity,” the International Monetary Fund recently determined that China’s economy is actually one-sixth larger than the American economy. China has established global financial institutions that may one day rival the IMF and World Bank. It has simultaneously increased its influence in UN institutions.

And after considerable increases in military spending, China now has a world-class military that is certainly the rival of the United States in the Asian region.

It’s not just China. The “rise of the rest” — the greater global significance of countries like India, Brazil, Indonesia, and South Africa — has been a popular notion for more than a decade. But Americans have been slow to acknowledge the reality of the declining relative power of their country.

Donald Trump vowed to reverse this trend, to “make America great again.” Instead, he only managed to demonstrate how increasingly irrelevant American has become.

The United States has the worst record of dealing with the current pandemic. Its economy has taken a huge hit — especially in comparison with China, which recovered rather quickly. Tens of millions of Americans are going hungry because the government has refused to step in with enough federal assistance. Trump promised to rebuild U.S. infrastructure, but only succeeded in building a small part of a useless wall along the border with Mexico.

And whereas the United States once prided itself on having the best democracy in the world, Donald Trump has clearly undermined that claim, first by winning the election in 2016 under suspicious circumstances, then by governing like a deranged king for four years, and finally by refusing to concede in 2020. Although the 2020 election went smoothly, all things considered, tens of millions of Americans have lost faith in these democratic mechanisms.

When Donald Trump announces his intention to run again for president, tens of millions of Americans will flock to his side. If he ultimately doesn’t run, they will throw their support behind anyone that the disgraced ex-president selects as his successor. They will do so despite all the harm Trump has caused the United States and the world.

For the United States, at least, that might prove to be the most dangerous denialism of them all.

An earlier version of this article appeared in Hankyoreh.