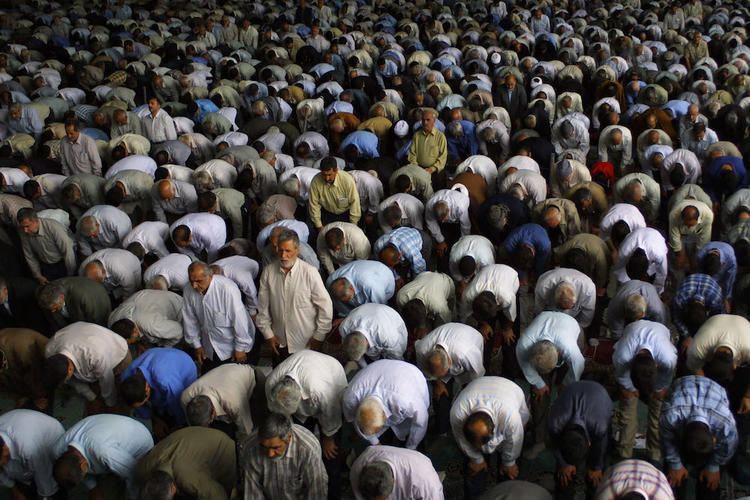 ( 48hills.org) – Israel and Trump are deliberately trying to provoke a crisis for the next President to inherit, Iran sources say

Imagine for a moment what would happen if unknown assassins murdered a high-ranking US scientist involved with chemical weapons. Let’s say officials in Iran quietly took responsibility, arguing that the US had violated international law because it continues to hold stockpiles of mustard gas and nerve agents VX and sarin, despite numerous commitments to destroy them starting in the late 1990s.

If the Iranian government assassinated a US military or scientific leader, professor Joshua Landis, director of the Farzaneh Family Center for Iran and Persian Gulf Studies at the University of Oklahoma, tells me, “It would cause absolute outrage and very swift retribution.”

On November 27, Fakhrizadeh, a military leader and professor, was killed while on his way to visit relatives outside Tehran. The New York Times cites intelligence sources who identify Israel as responsible for the attack.

“People are angry,” professor Seyed Mohammad Marandi tells me from Tehran. He’s chair of the American Studies Department at the University of Tehran. “People expect retaliation, a lethal strike on Israeli targets,” he says.

While the nature of the military response is unclear, Marandi says, “There will be decreased cooperation with International Atomic Energy Agency and increased enrichment of uranium.”

On Dec. 2, the Iranian parliament voted to increase its uranium stockpiles to a higher level than needed for nuclear power generation, but still below the level to build a bomb. It also gave Washington until early February to lift economic sanctions or Iran would bar IAEA inspectors from entering Iran.

It seems obvious to me that in its waning days, the Trump Administration gave Israel the go ahead to provoke a crisis. Trump and Netanyahu hope to handcuff President-elect Joe Biden in future dealings with Iran.

I well remember the days leading up to the 2003 US occupation of Iraq, when I explained that Saddam Hussein didn’t have weapons of mass destruction and wasn’t a threat to the American people.

Now I’m doing it all over again with Iran, except Washington is waging covert, not overt, war against Iran. Based on reporting in Israel and Iran, I wrote in my book, The Iran Agenda Today, that US and Israeli officials know perfectly well that Iran doesn’t have a nuclear weapons program.

The Netanyahu regime in Tel Aviv never accepted the CIA position, arguing Tehran continued a secret program even after signing the nuclear accord. Netanyahu says that in 2018 Israel took documents from a Tehran warehouse proving Iran continued its weapons program and even mentioned Mohsen Fakhrizadeh by name.

Critics say the warehouse story doesn’t hold up, noting that the documents revealed so far don’t even have Iranian government markings. And no independent, Farsi-speaking experts have been allowed to conduct a forensic analysis of the original documents.

Israel, which secretly developed nuclear weapons in the 1960s, is hardly in a position to criticize Iran. Israel has an estimated 200 nuclear bombs capable of destroying Iran and any Arab country seen as the enemy du jour. Now Netanyahu seems determined to blow up the potential of relations between the US and Iran, and prevent resumption of the nuclear accord.

According to professor Marandi, the Mujahedin-e-Khalq is suspected of having actually killed Fakhrizadeh. “The MEK works with the US and Israel,” he says. “Teams from MEK have been involved in the past.”

The MEK began in the 1970s as a revolutionary group opposed to the Shah’s dictatorship. But it fought alongside Saddam Hussein’s troops during the 1980-88 Iran-Iraq War, earning the permanent enmity of most Iranians.

When the US invaded Iraq in 2003, the MEK switched sides again and allied with Washington and Tel Aviv. It doesn’t allow its members to marry and keeps them isolated from the outside world.

“MEK is a cult and terrorist organization,” Marandi says.

The Trump Administration has squandered resources and wrecked alliances with the Europeans in its failed “maximum pressure” campaign against Iran, says professor Landis.

“America needs a deal,” he continues. “US supremacy in the world has taken a nosedive. Other powers are successfully competing with the US. The US is bogged down in the Middle East and needs to avoid nuclear proliferation in the region without going to war with Iran.”

But both Republican and Democratic hawks want to squeeze more concessions from a weakened Iran by demanding a ban on certain conventional missiles and other issues previously rejected by Iran. Possible Iranian retaliation for the Fakhrizadeh assassination would complicate matters even further.

Marandi said he thinks the Biden Administration should rejoin the accord, regardless of what actions Iran may take in response to the assassination. “Responding to the terrorist attack and waiting for Biden to abide by the nuclear deal, these are two separate issues,” he says. “If Biden chooses to implement the deal, that’s fine with Iran.”

But hardliners in Iran argue that Washington can’t be trusted, and they oppose reopening talks. They advocate a “resistance economy,” combating the effect of US sanctions by producing more products at home, and forging closer alliances with Russia and China. Hardliners are known as principalists because they claim to uphold the Islamic principles of the Iranian Revolution.

“The principlists were defying the nuclear accord from day number one,” a highly placed Iranian journalist tells me from Tehran. Trump and Netanyahu were “a divine gift to them. The assassination of Fakhrizadeh gives them leverage against the moderates in Iran and makes problems for Biden.”

Marandi explains, “It’s widely believed in Iran that Biden won’t fully implement the deal and abide by US commitments. We’ll have to see.”

I think Washington can show good faith by lifting sanctions prior to opening negotiations. Then both sides could work out such details as destroying the excess enriched uranium and arranging frequent international inspections.

Iranians are waiting for Biden to make the first move after his Inauguration on January 20, 2021. Lifting unilateral US sanctions is the key to foiling Trump’s attempt to handcuff the new administration. We’ll see if Biden finds a good locksmith.

France 24 English: “Iran nuclear scientist killed: “The idea is to leave as many loose ends as possible for Biden”