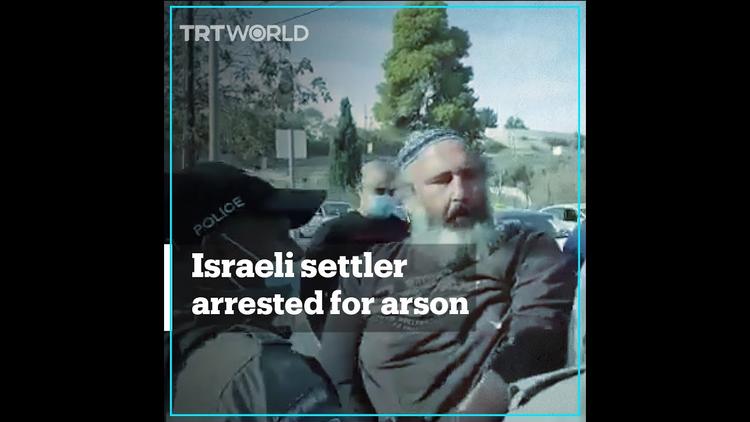 This year, there will be no Christmas celebrations in Palestine because of restrictions necessary to stop the spread of COVID-19. Worse, this unusually gloomy season was darkened further when militant Israeli squatter-settlers disrupted Christian prayer at the oldest monastery in Palestine. On Thursday 17 December, hundreds of Israeli settlers gathered in order to intimidate the monks who were at the beautiful ancient monastery of St Saba near Bethlehem.

As a Palestinian Muslim who lived in Jerusalem for a few years and was brought up to respect other religions, their followers and their right to have their own places of worship, I feel horrified to read about these attacks on historic places of worship some of which I visited previously and was amazed by their ancient beautiful architecture and the historic value of every stone in Palestine. This does not seem to be appreciated by the Israeli settlers who want to erase our rich and diverse history. Their attacks bring to mind ISIS attacks on archaeological sites of ancient civilizations in Iraq and Syria as if extremists are united in their hatred of culture, civilization and coexistence.

The assault on the monastery of St. Saba wasn’t the only attack on Christian places of worship by Israeli settlers in recent weeks. On 4 December of this year, an Israeli settler entered the Gethsemane church in East Jerusalem, poured inflammable liquid and tried to burn the church benches before he was stopped by local Palestinians who handed him over to the police.

Palestinian Christians and Muslims condemned the attack. a local clergy spokesman, Wadie Abu Nassar said that the suspect was “an Orthodox Jew who set fire to the interior of the church” and alleged there were possible “racist motives” behind the attack.

The chairman of the Palestinian Higher Presidential Commission for Churches Affairs, Ramzy Khouri, said the attack was not the first on places of worship and on Islamic and Christian sanctities especially in Jerusalem. He referred to previous attack on the Church of the Multiplication of the Loaves and Fish, near Tiberias as well as another attack by settlers which targeted Coptic priests in the Church of the Holy Sepulcher. Mr Khouri also accused the Israeli government and settlers of attempting to weaken the Palestinian Arab presence in Jerusalem and to displace its indigenous population.

The Palestinian presidency also blamed the Israeli government for the attack. In a statement the presidency said “this attack was evidence of the brutality and savageness of the Israeli settlers who practice terrorism in plain full sight of the Israeli occupation forces.”

The settlers who carry out such attacks are motivated by an extremist supremacist ideology deeply rooted in the Israeli far right. According to the Nation< , an Israeli advocate of attacks on Muslim and Christian places of worship is Benzion Gopstein. He runs an extremist group called Lehava (flame in Hebrew) which also aims to prevent mixed relations between Jews and non-Jews. He defends burning churches. Additionally, Lehava activists attack Palestinians in the streets of Jerusalem just for being Palestinians. Investigations into its funding showed that it is linked to an Israeli organization called Chemla which receives funding from the Israeli government. Its funding was also linked to US-based NGOs.

In 2015 and in response to the ongoing attacks on churches, the church body authorized by the Vatican to oversee the Catholic Church’s property in the Holy Land wrote to Israel’s attorney general to indict Gopstein for inciting violence against the Christian churches and stating that he poses a threat to Holy Land Christians. The letter warned that these Christians live in fear and urged Israel to find and prosecute people responsible for more than 50 attacks against Muslim and Christian holy sites.

it is alarming, however, that conviction rate for these crimes is very low. According to the website, at least 53 churches and mosques were vandalized between 2009 and 2017. 45 of these incidents were closed without any charges against any perpetrator.

A few years ago I was asked to help interpreting from Arabic to English when a delegation of Palestinian church leaders visited Belfast. I remember when Archbishop Atallah Hanna said that “the duty of Christians is to stand for justice and to be on the side of the oppressed and the oppressed are the Palestinians.” This is in contrast with the fundamentalist Christians who support Trump and advocate a foreign policy biased towards Israel in order to enable it to steal more Palestinian land and to continue oppressing the Palestinians. Such policies are contributing to the ethnic cleansing of not only Muslims but also of the oldest Christian community in the world from their homeland, which is also the homeland of Christ himself.