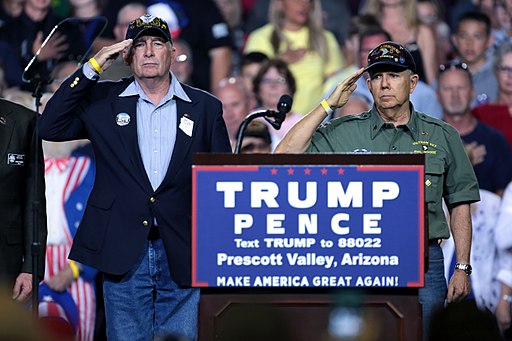 In my part of the world, leaders declare martial law or a “state of emergency” at the drop of a helmet. And once they declare it, it often sticks around forever.

Syria has been under a “state of emergency” or martial law off and on since its first modern military coup d’etat in 1949. The country became independent of France in 1946 and had an elected government with president and parliament by 1948. But in March of 1949 the CIA backed a coup by Gen. Husni Zaim. Then from late 1948 until late 1951, civilian government returned, with a new constitution and parliament. Col. Adib Shishakli made another coup. He was overthrown by another general in February 1954. But then that general went back to the constitution and allowed a parliament to be elected. By 1957 martial law was lifted briefly.

I can’t go through all the coups and declarations of martial law in modern Syria. Suffice it to say that there were more, including in 1963. But that one stuck. The 1963 declaration of martial law just stayed in force, even after the 1970 coup that brought Hafez al-Assad to power in 1971. His son Bashar al-Assad succeeded him, and lifted martial law in 2011 in hopes of tamping down the Arab Spring. But then the civil war broke out that summer. I don’t know if al-Assad bothered to re-invoke martial law or a state of emergency, but it is the de facto state of affairs, after coming up on 10 years of civil war that killed hundreds of thousands and displaced half the country.

Trump wants desperately to be like a Syrian dictator.

I guess it is a good thing for us that the CIA apparently doesn’t much like Trump.

The Turkish military used to make a coup roughly every ten years. They would declare martial law until their membership in NATO made them go back to the barracks and bring back the civilian politicians. But after martial law in 1978-1983, the military government announced a state of emergency that lasted until 2002. In the late 1990s, the military made a “soft coup.” After the 2016 failed coup, President Tayyip Erdogan has been acting as though there were martial law in the country, essentially discounting constitutional rights.

In September, 1978, Mohammad Reza Pahlevi, the shah or king of Iran, had troops massacre protesting crowds on “Black Friday.” Effectively, martial law was declared, and by November, the shah brought in a military government. He was nevertheless overthrown.

The constitution of the subsequent Islamic Republic of Iran does not permit the executive to declare martial law– any such move needs parliamentary approval.

Iran’s is a deeply authoritarian government, but even it has the old revolutionary’s distrust of martial law as an instrument.

You have to wonder if the US needs a provision like that.