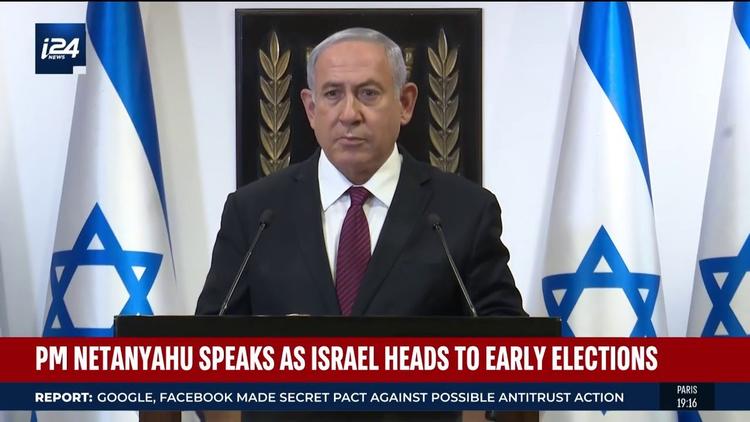 ( Middle East Monitor ) – It is convenient to surmise that Israel’s current political crisis is consistent with the country’s unfailing trajectory of short-lived governments and fractious ruling coalitions. While this view is somewhat defensible, it is also hasty.

Israel is currently on the cusp of a fourth general election in less than two years. Even by its own crisis-ridden political standards, this is unprecedented, not only in terms of the frequency of how often Israelis vote, but also of the constant shifting in possible coalitions and seemingly strange alliances. It seems that the only constant in coalition-forming after each election is that Arab parties must not, under any circumstances, be allowed into government. Decision-making in Israel has historically been reserved for the country’s Jewish elites. This is unlikely to change anytime soon.

Even when the Arab parties’ coalition, the Joint List, imposed itself as a possible kingmaker following the September 2019 election, the centrist Blue and White list refused to join forces with Arab politicians to oust Prime Minister Benjamin Netanyahu. Blue and White leader Benny Gantz preferred to go back to the polls on 2 March this year and eventually join forces with his arch-enemy Netanyahu, than make a single concession to the Joint List.

Gantz’s decision not only exposed how racism occupies a central role in Israeli politics, but also illustrated his own foolishness. In rejecting the Joint List, he committed an act akin to political suicide. On the very day, 26 March, that he joined a Netanyahu-led coalition, his own Blue and White alliance collapsed, with Yair Lapid of Yesh Atid and Moshe Ya’alon of Telem breaking away immediately from the once-dominant grouping.

Worse, Gantz lost not only the respect of his own political constituency, but also that of the Israeli public. According to an opinion poll by Israel’s Channel 12 News on 15 December, if elections were to be held on that day, Blue and White would win only six seats out of 120 available in the Israeli Knesset. Gantz’s former coalition partner, Yesh Atid, the same poll suggested, would obtain an impressive 14 seats.

While Netanyahu’s Likud will remain on top with 27 seats, Gideon Sa’ar’s New Hope — Unity for Israel would come a close second with 21. The latter is a brand new party, which represents the first major split from the Likud since the late Israeli Prime Minister, Ariel Sharon, formed the Kadima offshoot in 2005.

Netanyahu and Sa’ar have a long history of bad blood between them, and although anything is possible in the formation of Israeli political alliances, a future right-wing coalition that brings them together is a dim possibility. If Sa’ar has learned anything from Gantz’s act of political self-immolation, it is that any coalition with Netanyahu is a grave and costly mistake.

Ideological differences between Netanyahu and Sa’ar are quite minimal. In fact, both are fighting to obtain votes from essentially the same constituency, although Sa’ar is hoping to extend his appeal to disgruntled and betrayed Blue and White voters, who are eager to see someone — anyone — oust Netanyahu.

Never in the history of Israel, spanning seven decades, has a single individual served as the focal point of the country’s many political currents. While loved by some, Netanyahu is loathed by many, to the extent that entire parties or whole coalitions are formed simply to remove him from politics. Moreover, the majority of Israelis agree that the man is corrupt, having been indicted in three separate criminal cases.

How has such a politically controversial and corrupt leader been able to remain at the helm of Israeli politics for over 14 years? The typical answer often alludes to the man’s unmatched skill in manipulation and backdoor shady dealings. In the words of Yossi Verter in Haaretz, Netanyahu is “a first-class master swindler”.

This analysis alone, however, is not enough to explain Netanyahu’s durability as the longest-serving Israeli Prime Minister. There is an alternative reading, one that is predicated on the fact that Israel has been, for quite some time, navigating uncharted political waters without a specific destination in mind.

Prior to the creation of Israel on the ruins of historic Palestine in 1948, its Jewish political elites clashed quite often over the best way to colonise the land and how to deal with the British Mandate over the country, among other weighty issues. These differences, however, largely faded away in 1948, when the newly-founded country unified under the banner of Mapai — the predecessor of Israel’s Labor party — which dominated Israeli politics for decades.

Mapai’s dominance received a major boost after the Israeli occupation of the rest of Palestine in 1967. The building and expansion of more Jewish colonies in the newly-acquired territories breathed life into the mission of Israel’s founding fathers. It was as if Zionism, the founding ideology of Israel, had been rediscovered.

It was not until 1977 that the once negligible Israeli right wing formed a government for the first time in the country’s history. That year ushered in a new age of political instability, which worsened with time. Nevertheless, Israeli politicians remained largely committed to three main causes in this specific order: Zionist ideology, the party and the politicians’ own interests.

The assassination of Labor leader Yitzhak Rabin by a right-wing Israeli zealot in 1995, was a bloody manifestation of the new era of unprecedented fragmentation that was to follow. A decade later, when Sharon declared the 2005 “Disengagement from Gaza” plan, he further upset a barely functioning political balance, leading to the formation of Kadima, which threatened to erase the Likud from the political map.

Throughout these turbulent times, Netanyahu was always present, playing the same divisive role. He led the incitement against Rabin and, later, challenged Sharon over the leadership of the Likud. He was also responsible for resurrecting Likud and keeping it alive, notwithstanding its many ideological, political and leadership crises. This fact alone explains the Likud’s loyalty to Netanyahu, despite his corruption, nepotism and dirty politics. The members feel that, without Netanyahu’s leadership, the Likud could easily follow the same path of irrelevance or total demise that was the fate of the Labor and Kadima parties respectively.

With none of Israel’s founding fathers alive or relevant in the political arena today, it is hard to determine what course Israel’s future politics will follow. Certainly, the love affair with the settlement enterprise, “security” and war is likely to carry on unhindered, as they are the bread and butter of Israeli politics. Yet, without a clear ideology, especially when combined with the lack of a written constitution, Israeli politics will continue to be held hostage to the whims of politicians and their personal interests, if not Netanyahu’s, then someone else’s. He is a symptom, not the cause of Israel’s political crisis.

C Unless otherwise stated in the article above, this work by Middle East Monitor is licensed under a Creative Commons Attribution-NonCommercial-ShareAlike 4.0 International License.

i24 News English: “Netanyahu Addresses Media as Israel Readies for Its Fourth Election in Two Years”