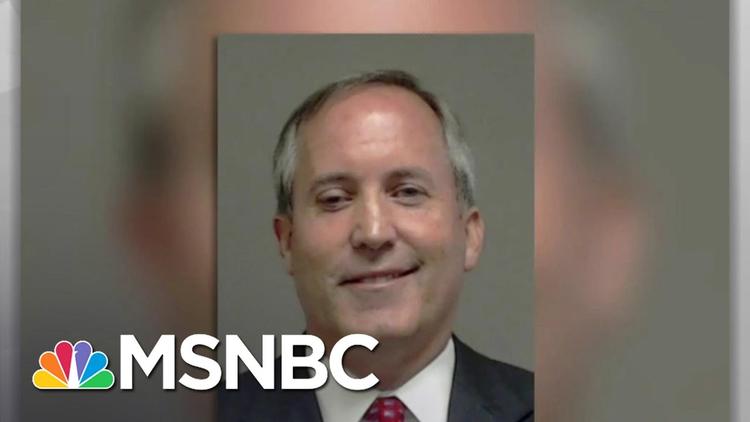 Ann Arbor (Informed Comment) – Today’s Republican Party is one big denial of reality. If it were only that, however, it would merely be madness. Rather, the denial of reality is a form of ultimate power-seeking.

In the bizarre mental world of Republicans, Joe Biden lost the presidential race. Some 75% of them tell pollsters that they believe this allegation. A party that can never legitimately lose an election is a party that is always in power, i.e., a one-party state. The Soviet Communists did not lose elections. The Falange Party did not lose elections under dictator Francisco Franco in Spain. Today’s GOP wants to be like that. In their own fevered minds they are like that.

That the Republican Party is a Potemkin Village, a facade working for the super-rich while pretending to stand up for the interests of the (white) working class, is among the etiologies of its fevered imaginations. Inequality is growing to unacceptable levels and being challenged by the Democrats (which would mean higher taxes on the super-wealthy). The white working class is shrinking as a proportion of the population (so that the whole shell game may be over soon). Clinging to a utopian conservative vision of a permanent GOP one-party state is one reaction to being in a boat about to go over a falls from a great height.

Although the news media finds it a joke that senator Ted Cruz (R-TX) is willing to try to argue before the Supreme Court that Biden’s election should be overturned in the swing states so that Trump can stay in power. It is not a joke. Cruz’s fantasy of persuading the highest court in the land to grant his party the status of one-party state is performative. He is enacting a reality that he and his fellow Republicans fervently believe in. And by performing it, he is reinforcing it as normative.

That the Texas Republicans elected a space cadet like Cruz should have been a clue as to where the party was going.

The Republican-dominated House of Representatives in 2011-2017 voted to repeal the Affordable Care Act dozens of times, even though they knew that President Barack Obama would veto any such step, and that they did not have a two-thirds majority in the Senate to override a presidential veto. Why? Why hold vote after vote, knowing that it was a waste of breath? It was a ritual. It was an act of faith done in hopes of political salvation. It was an affirmation that the Republican one-party state had not actually lost to Barack Obama, and could still repeal his signature piece of legislation. It was a promise to the billionaire class,which the GOP mainly serves, that they would relieve it of the taxes that funded health care insurance for millions of Americans.

Scientists have shown that people were wrong when they thought wolves howl at the full moon. Wolves howl at each other, communicating over long distances in their territory about where they are, and where prey or enemies are. Republicans are not baying at the moon with their endless ritual votes. They are reinforcing their loyalty to the one-party state and triangulating the position of enemies and prey.

The imaginary of the one-party state has totalitarian implications. The Republican Party not only actually rules always and everywhere, but it is in control of nature and the cosmos. It can by its votes make the climate emergency evaporate. It can wish away the coronavirus pandemic. It will disappear like a miracle. No need to wear masks or socially distance. The One-Party State dictates reality.

Donald Trump became the poster boy of the imagined one-party state when he mounted a campaign to call into question that Barack Obama was born in a hospital in Hawaii. It was a racist gesture to make America’s first Black president an illegal alien from Kenya. But it wasn’t just racism. It was a way of erasing the Democratic Party’s victories in 2008 and 2012. The Democrats did not really have the White House. It was a fraud. The Republican one-party state was intact.

The one-party state of the GOP was also reinforced by Mitch McConnell’s corrupt parliamentary maneuvers, whereby he simply would not allow bills to come up for debate in the senate. Did Obama nominate Merrick Garland to the Supreme Court? The one-party state said “no!” Any arbitrary grounds could be cooked up to maintain dominance. No new supreme court justices in an election year for Democrats (inasmuch as they are ersatz and not the one-party state), but no such silly rules would bind Republican presidents (the real thing). Obama mainly legislated by executive order, since the GOP one party state refused to allow him to pass any legislation, even legislation that Republicans had supported in other contexts.

It was not paradise between Ronald Reagan and Democratic House majority leader Tip O’Neill in the 1980s, but O’Neill did pass Reagan’s budget and tax measures in the early 1980s. Moreover, he deliberately avoided authoritarian strategies like punishing those Democrats in the House who for whatever reason were favorable to some Reagan initiatives. O’Neill was a Democrat and did not like Reagan’s policies, but he didn’t think that the Democrats legitimately had the White House or try to obstruct everything Reagan did.

If Democrats don’t win both the Georgia senate slots at stake in the January 5 run-off, McConnell and the permanent one-party state will also block Biden from any legislative achievements at all.

The Republican immersion in their one-party state fantasy is becoming deeper and deeper. The rank and file are acting more and more like Mussolini’s black shirts, attempting to intimidate elected democratic leaders such as governor Gretchen Whitmer in Michigan, with the active encouragement of the Republican president. This is, again, a performance of the GOP one-party state, an assertion of the illegitimacy of Democratic rule. The Republican governor of Florida, Ron DeSantis, has even had goons sent in, waving around guns, against a scientist, Rebekah Jones, who had been working for the state before being fired, who published the real statistics on Florida’s pandemic victims that DeSantis tried to cover up. Jones is working on her Ph.D. and has an MSc.

This Republican detachment from reality is not going anywhere good, and if party leaders do not pull back from the brink, I am not joking or exaggerating when I say that there will be blood in the streets. Mostly the blood of the Democrats who are viciously attacked. It is only one step from denying that they can legitimately win elections to denying that they can legitimately breathe air.