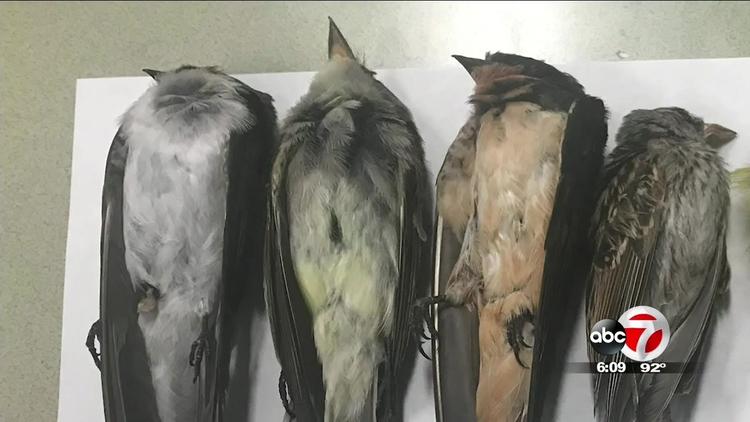 Ann Arbor (Informed Comment) – In Alfred Hitchcock’s classic 1963 horror film, The Birds, our avian cousins abruptly and for no apparent reason turned hostile and began attacking humans. It is based on a story by Daphne du Maurier.

I fear that in 2020, humans turned the tables on a vast scale.

In August, masses of migratory songbirds fell out of the sky at White Sands, New Mexico. This was eerie, since it is the site of a top secret military base. Sort of Area 51, Nevada, territory.

Then a major cold snap hit the whole southwest on September 9-10, and hundreds of thousands of birds fell out of the sky all over the southwest. This is not normal. In fact is is just about the definition of abnormal. There are cold snaps all the time, but they don’t usually commit bird genocide.

So assuming they weren’t being mown down by UFOs, what was happening to the birds?

Already in early December, the U.S. Geological Survey National Wildlife Health Center and University of New Mexico researchers concluded that the birds starved to death while flying, hunger eating away at their muscle mass until they just plopped out of the sky.

Now Samuel Gilbert at the Guardian reports that the USGS National Wildlife Health Center has performed a necropsy on the bird corpses, and found that 80% of them had died of starvation.

There were three causes. The most immediate cause was that September cold snap, which was the straw that broke the camel’s back. Already severely malnourished, the birds were polished off by the unusually severe cold on their southerly migration route.

The chain of that causation was the Great 2020 drought throughout the Southwest that lasted most of this year. 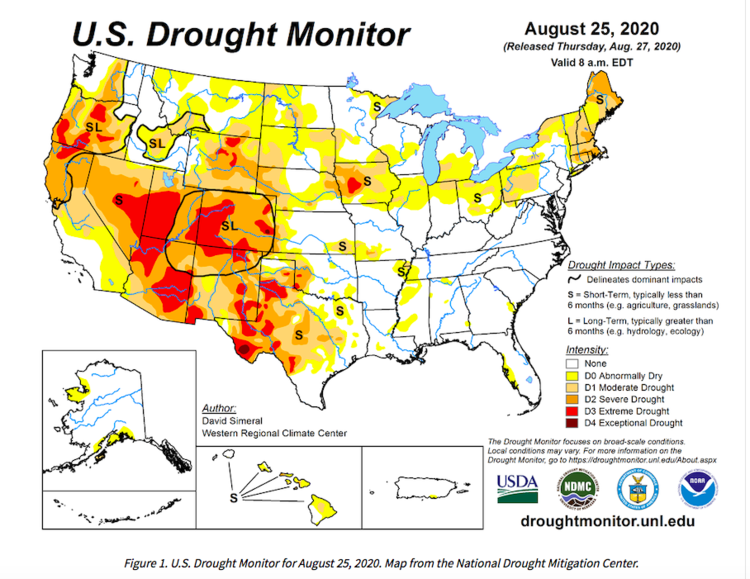 The drought killed the plants and insects that the birds normally ate, leaving them emaciated and unable to deal with severe weather events.

A problem: the Great 2020 drought was only the latest chapter in what is so far a twenty-one-chapter book. The name of the book? The anthropogenic or man-made Megadrought.

In Science last spring, A. Park Williams et al. “used a combination of hydrological modeling and tree-ring reconstructions of summer soil moisture to show that the period from 2000 to 2018 was the driest 19-year span since the late 1500s and the second driest since 800 CE.”

Let’s just repeat that. From 2000 to 2018 was the driest of dry spells, with regard to how severe the lack of water has been and how long it has lasted.

The Megadrought is clearly not over, 21 years in. In fact, we stand at the beginning of lots of Megadroughts.

We humans have been burning coal, gasoline and natural gas like crazy, putting tens of billions of pounds of carbon dioxide into the atmosphere annually. It is like setting off hundreds of atomic bombs up there, heating the surface of the earth inexorably.

More heat in areas that are already a bit arid increases their aridity.

We have to stop burning fossil fuels, yesterday.

Because you know that old saying about the canary in the coal mine? Well, those songbirds that plummeted in their hundreds of thousands out of the heavens, not an iota of fat on their bodies, their muscles wasted away from lack of nutrition?

They are the Canary, writ large.

The bad news is, we humans are the coal miners.