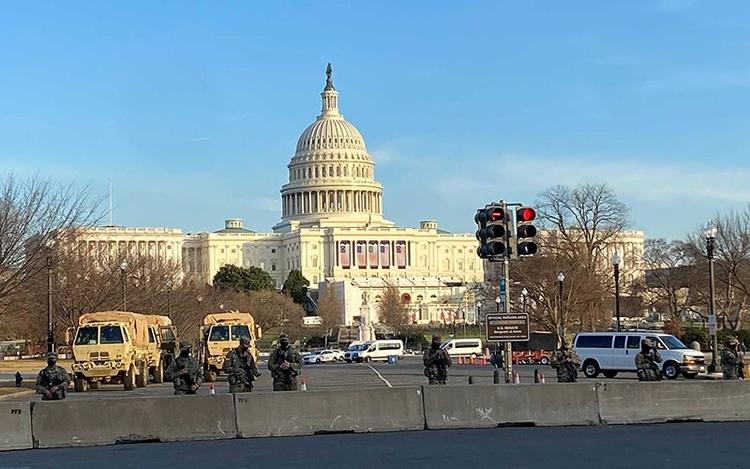 ( Cronkite News ) – WASHINGTON – Four years ago, President Donald Trump claimed the crowd attending his inauguration was the largest in history, a claim widely ridiculed in the face of photos showing a half-empty National Mall.

But when President-elect Joe Biden is sworn in Wednesday, it’s safe to say he will have one of the smallest crowds ever.

That’s because Biden will take the oath in front of a Mall that has been completely sealed off, one of a series of extraordinary security measures that have been put in place to head off threats of armed protests by right-wing and pro-Trump groups. 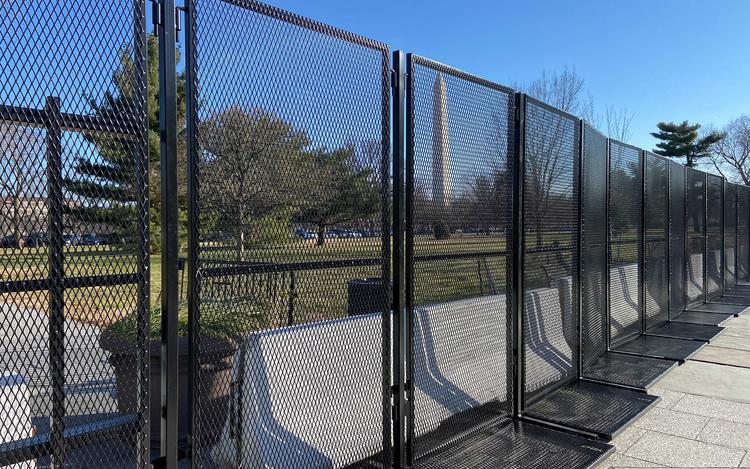 It’s a threat that has been repeated in state capitals across the country. The state Capitol complex in Phoenix has been fenced off and police presence boosted after an FBI report warned of possible violent inauguration protests in all 50 states.

It’s not a threat to be taken lightly, said Suzanne Spaulding, senior adviser on homeland security at the Center for Strategic and International Studies, pointing to the violent mob that stormed the U.S. Capitol on Jan. 6 as Congress was certifying Biden’s win.

Members of Congress and Vice President Mike Pence had to be whisked to secure rooms as rioters invaded the House and Senate chambers, destroyed and stole items and clashed with police in a riot that ultimately left five people dead, including a Capitol Police officer.

“After the events of Jan. 6, it is prudent for government officials to not dismiss these threats and take them seriously,” Spaulding said.

What that means is that Biden’s swearing-in will likely be witnessed by more National Guard troops than attendees.

The lockdown of Washington began well before Inauguration Day.

Federal officials erected fences around the Capitol and the Supreme Court shortly after the Jan. 6 attack. Tourist sites like the Washington Monument were closed and fencing started going up last week around the National Mall, which closed at 11 a.m. Friday.

District and federal officials restricted parking for blocks in every direction from the Capitol and the White House, and D.C. police began shutting those streets to traffic Friday with fences, jersey barriers and city trucks. Subway stations were also closed in the downtown core and buses rerouted around the blocked streets Friday.

The inauguration was already going to be a largely virtual affair because of the COVID-19 pandemic, before city and federal officials started to urge people to stay home because of the possibility of violence.

The Mall, roads and subway stations are not scheduled to reopen until Thursday.

National Guard troops on Thursday surrounded the U.S. Capitol, which was the scene of a deadly riot on Jan. 6, just two weeks before the scheduled Jan. 20 inauguration of President-elect Joe Biden. (Photo by Haleigh Kochanski/Cronkite News)

In a security briefing Thursday for Vice President Mike Pence, intelligence and security agencies outlined the sweeping efforts under way.

Acting Homeland Security Secretary Peter Gaynor said his department is coordinating with about 200 agencies on the inauguration, which has been designated a National Security Special Event. Gen. Daniel Hokanson, chief of the National Guard Bureau, said the 7,000 guardsmen in down Thursday would triple by the time of inauguration.

FBI Director Chris Wray said his agency had been monitoring extremist activity online in the days leading up to the inauguration and that it was intercepting “an extensive amount of concerning online chatter.”

Despite the difficulty in distinguishing between “what’s aspirational versus what’s intentional,” Wray said the FBI is treating the threats seriously.

“We’ve got to disrupt any attempt or attack,” Wray said in the briefing with Pence. “Our posture is aggressive. I’m just going to stay that way through the inauguration.”

Matt Miller, head of the Secret Service Washington field office, said D.C. residents living within the security perimeter will need to pass through security checkpoints to move in and out of the area and identify themselves to law enforcement officials. Those traveling in vehicles will have to undergo a search for weapons or explosives.

The head of the Washington Metro Area Transit Authority said his agency’s officers would be backed up by transit police from across the country, including New York, Chicago, Houston and San Francisco.

Miller said that while the city’s attention seems to be focused on the areas surrounding the Capitol, he is still thinking about the areas outside the security perimeter.

“We can’t create a fortress and allow the rest of the city to suffer,” Miller said.