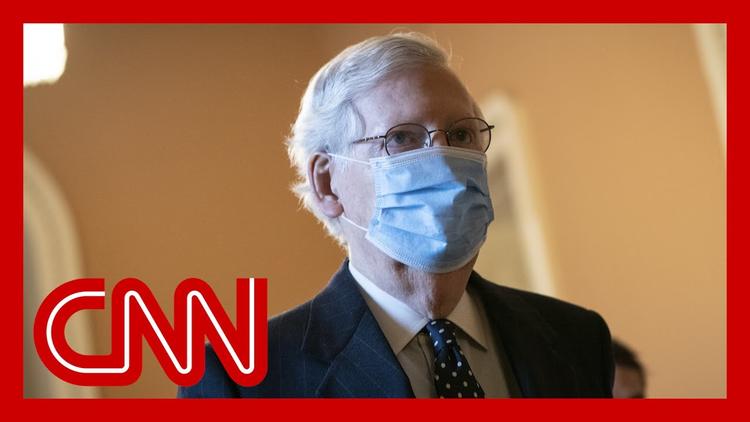 Ann Arbor (Informed Comment) – In Chapter 7 of F. Scott Fitzgerald’s The Great Gatsby, the enormously wealthy Jay Gatsby becomes concerned about word getting out that he is having an affair with Daisy, who is married to Tom, and abruptly stops having the big parties he had been throwing, to which assorted society flotsam and jetsam had come, people he had barely known. Tom cheats on Daisy with Myrtle. Then Gatsby lets Daisy drive his car and she accidentally runs over and kills Myrtle, her husband’s mistress. By chapter 9 Tom, wrongly convinced that Gatsby had struck and killed with his car Tom’s own mistress, murdered the millionaire in his pool. Virtually no one comes to his funeral.

Gatsby was always fated to be a parable for the Trump presidency. I think we’re now at that point in the story where nobody is coming to his parties any more and his paramour (the militias) has run over her rival (Congress).

Jonathan Martin, Maggie Haberman and Nicholas Fandos at the NYT got the scoop that Senate Majority leader Mitch McConnell is done with Donald Trump, furious at him, and pleased that the Democrats are impeaching him. He is clearly releasing Republicans in Congress to vote to impeach, as well, if that is what they want.

The immediate trigger for this epochal blow-up between the two GOP leaders is Trump’s having sicced the white supremacists and Nazis on McConnell and other congressional representatives and senators on 1/6 (the date of the Capitol Insurrection), endangering their lives.

Trump has been siccing supremacists and Nazis on people for four years, however, and McConnell never batted an eyelash.

When ICE agents were tearing babies out of their mothers’ arms, Mitch wasn’t breaking with Trump over that.

In fact, for all of the last four years McConnell’s wife Elaine Chao has been Trump’s secretary of transportation. She initially did not divest from her investments in road building materials, and she is alleged to have pursued policies at Transportation that would benefit her family’s Chinese shipping business.

She came home from the office stinking of Trump after having been at cabinet meetings with him where he went on white supremacist rants (which must have offended her). But the McConnell-Chao gravy train did not stop running for an instant.

McConnell was never a Trumpist, but he was perfectly willing to use Trump to get what he wanted. McConnell is a servant of the billionaire class and the big corporations. He does not actually represent Kentucky so much as he represents Charles Koch and others in the Fortune 500. His job was to bend the Senate and thus the country to the will of the plutocrats, and say what you like about him, he was very good at his job.

McConnell wanted the massive tax cut on the superwealthy, which he got in 2017.

He wanted to install a steady stream of deeply conservative and youngish federal judges, some of them obviously unqualified, so as to ensure the GOP control of the Federal judiciary for decades. McConnell had shot down Obama’s nominees for Federal circuit judges and refused to allow vacancies to be filled. He then filled all the vacancies. McConnell’s 200 judicial appointments were 85 percent white and 75 percent male. This wasn’t a judicial approval process, it was a fourth “Back to the Future Movie” where he transported us all to 1955. A third of all federal circuit court judges were appointed by Trump, and not one is Black, even though their decisions will dictate the parameters of the lives of the some 43 million African-Americans. That’s like conspiring to ensure that Spain (pop. 46.9 mn.) had no Spanish judges.

McConnell wanted a Republican-controlled Supreme Court that would help corporations further de-unionize American workers and would strike down government regulation, including environmental regulation, as well as supporting the GOP campaign of voter suppression waged against minorities and the less well-off. Again, mission accomplished.

But Trump went to Georgia and told his initiates that the election was rigged and they could not expect justice, which likely depressed the vote as his base did not come out in the numbers the GOP needed. Why should they bother to vote in a corrupt election where, he told them, Dominion voting machines would just erase their vote (they wouldn’t).

By his crazy conspiracy theories and insistence that he won a second term (he didn’t), Trump handed the senate to the Democrats for at least two years (and very possibly for many more) and demoted Mitch from Master of the Universe to bored little boy whose teacher is making him sit in the corner and not breathe a word.

Then on top of that Trump sent Proud Boys, Oath Keepers, and that guy with the horns and face paint to kidnap or kill McConnell and his colleagues.

McConnell’s goal (and that of Charles Koch and his other billionaire donors) is to take back the House and the Senate in 2022 and emasculate Biden the way he stopped Obama from accomplishing almost anything. Then he wants back the White House in 2024.

Trump had taken over the Republican Party and clearly intended to run in 2024, though. Since Trump is so popular among the Republican base, with a majority supporting the Capitol Insurrection, there will be no peace in the party for the next few years if Trump remains viable. He can prevent Mike Pompeo, Nikki Haley and other would-be presidential contenders from plausibly getting in the ring and from attracting the big campaign money from donors. Why bet against Trump when he has a lock?

But Trump has already demonstrated that he is too dysfunctional to win a second term, whether in 2020 or 2024, which may mean the Republicans are facing long years in the wilderness. Trump could even make them so unpopular with his Mussolini schitck that the suburbs are spooked again in 2022 and the GOP can’t get back the House.

The Democrats in the meantime can undo the 2017 tax cut, can start filling the federal judgeships of retiring GOP appointees, replacing them with Democrats, and can perhaps convince Breyer to retire so as to avoid losing another SCOTUS seat. They can also back wind and solar and electric vehicles, effectively destroying the oil empire of Charles Koch and other big donors to the GOP over the next decade.

Trump was extremely useful to McConnell for four years, and McConnell swallowed the extreme right white supremacy promotion for all that time, because thereby he could serve the billionaire class.

Now, Trump is extremely inconvenient. It isn’t just about 1/6, though that is part of it. McConnell and his backers are far, far better off with Trump politically destroyed, now that he has outlived his usefulness.

Tom is coming for Gatsby as we speak.