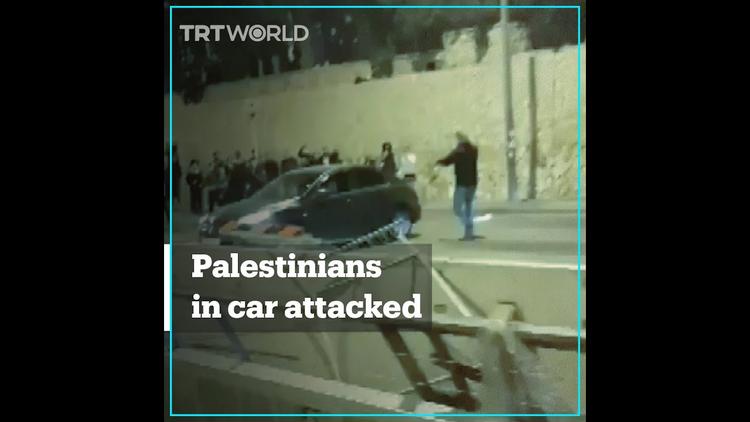 ( Middle East Monitor) – Landmark developments seem to have changed everything and nothing for Palestine this past year. The flurry of normalisation deals is one of them and arguably the most significant. In advance of the US presidential election and the possibility of these being his final months in office, Donald Trump made it his mission to broker as many such deals as possible between Israel and countries in the Middle East and North Africa.

On 13 August, he announced a peace deal between the United Arab Emirates (UAE) and Israel. This came despite Arab nations having agreed in the 2002 Arab Peace Initiative that Israel would only receive “normal” ties in return for a statehood deal with the Palestinians and an end to the occupation.

This normalisation period has been momentous for Israel. In exchange for recognition by four Arab states it has had to do absolutely nothing in return. Asked who might be next in line to establish diplomatic relations after the UAE, Bahrain, Sudan and Morocco, Washington has suggested repeatedly that Saudi Arabia would be on the list soon. The leadership in Riyadh, however, has sent mixed messages.

Trump believes that Arab recognition of Israel advances the cause of “peace” in the region. On the contrary, though, there has been nothing peaceful about this regional transformation, at least not for the Palestinians. Violence against the people of Palestine and the destruction of their property has surged over the past twelve months. This is a record-breaking year in terms of the number of Palestinian homes demolished by the Israelis.

The controversial Middle East “peace plan” unveiled by Donald Trump in January gave Israel the green light to annex vast swathes of the occupied West Bank, including its illegal settlements. Annexation plans may have been postponed, but are not off the table altogether. They will leave fragmented territory for the creation of a supposedly independent state of Palestine which will have no sovereignty over its borders and airspace.

In 2020 alone, the Israeli government is reported to have approved 12,159 new housing units in its illegal settlements built on occupied Palestinian territory. Approval for nearly 5,000 units was given less than a month after the UAE and Bahrain signed their normalisation agreements with Israel.

While building homes for illegal Jewish settlers, a report by the Land Research Centre of the Arab Studies Society in occupied Jerusalem has revealed that Israel is continuing to destroy Palestinian homes. During the first nine months of this year, Israeli occupation forces demolished 450 homes and facilities. Some Palestinians were forced to demolish their own homes because they were built without permits which Israel rarely, if ever, grants to Palestinians. In any case, whenever the Israelis destroy a home, the owner is sent a bill to cover the demolition costs.

Last month, more than 70 Palestinians, mostly children, were made homeless in the occupied West Bank in the single largest Israeli demolition of a Palestinian community in over a decade, according to the UN. Security forces destroyed 76 structures in the Humsa Al-Bqai’a Bedouin community in the north Jordan Valley. The lack of building permits was again the excuse provided. The destruction went ahead despite indications from the Israeli authorities that the demolition orders would be frozen given the health implications and need for social distancing and lockdown in the middle of the coronavirus pandemic.

The so-called “peace deals” — Trump’s “peace plan” as well as the normalisation deals — have simply emboldened Israel to steal more Palestinian land, build more illegal settlements and destroy more Palestinian property. One factor has been uppermost in all of this: the political, military, financial and diplomatic support given to Israel by the now outgoing Trump administration.

Such disregard for the human rights of the people of Palestine has to be added to the effects of the pandemic, the brutal military occupation and the siege of Gaza. All combine to have a devastating impact on Palestinians’ rights to life, work, housing, healthcare and education. The Palestinian economy remains crippled and linked to Israel’s.

Nevertheless, the Palestinians continue to display patience, perseverance and steadfastness. This is perhaps best exemplified by the issue of prisoners held by Israel.

For years, Palestinian rights groups have recorded what they call a policy of the “deliberate medical negligence” of Palestinian prisoners held in Israeli jails. Since Israel began its military occupation in 1967, it has imprisoned almost 800,000 Palestinians. Around 4,500 are being held at the moment, more than 350 of whom with neither charge nor trial.

Israel’s use of torture against prisoners, “including children” is “pervasive and… committed with impunity”. Moreover, this is “legally sanctioned” in what still claims to be the “only democracy in the Middle East.”

Hunger strikes are often the Palestinian prisoners’ only way to protest against such inhumane treatment. Political prisoner Maher Al-Akhras was on hunger strike for 103 days until he ended his protest on 6 November 2020, after the Israeli authorities agreed not to extend his “administrative detention” beyond the original end date. This controversial system allows Palestinians to be imprisoned by Israel for renewable three- to six-month periods indefinitely and without charge. Adopted from the laws in place during the British Mandate period, administrative detention is never used against Jewish prisoners.

While 2020 has been a particularly difficult year for everyone, it has certainly not been kind to Palestine. Much has changed, but there has been very little in the way of meaningful progress made by the Palestinian people, whose resistance to Israel’s settler-colonialism remains an uphill struggle. With Arab governments showing that they can no longer be relied on to champion the Palestinian cause, Israel is yet to be held accountable for its ongoing crimes against the people of occupied Palestine. Most states in the international community pay lip-service to justice, while reducing the Palestinian issue to a humanitarian crisis rather than the colonialism that it really is.