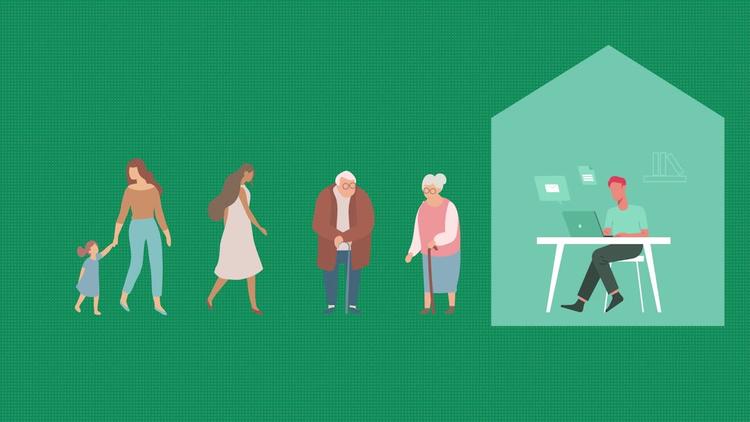 ( Middle East Monitor) – It is crucial to an understanding of the global consequences of the coronavirus pandemic to consider the transition to alternative energy sources for the benefit of future generations. Covid-19 is affecting people all over the world, but a year ago it was just another public health issue. That has all changed, and it actually affects every aspect of our lives as individuals and as nations.

Diplomatic relations between countries have changed, for example. This is evident by the way that the pandemic hastened the disconnect between Asian and Western economies and powers. Similarly, we have witnessed a decline in multilateralism as countries sought to address the crisis by themselves. By the end of 2020, the World Health Organisation was even warning against the lurch towards “vaccine nationalism”.

The pandemic has forced governments to restrict social interaction and business operations. With countries under lockdowns and travel bans, meaning almost empty roads and skies, Covid-19 has crushed the demand so hard that crude oil prices fell below zero for the first time ever last year. Here, it must be remembered that the transport industry accounts for 50 per cent of global oil sales and when transport grinds to a halt the oil industry also grinds to a halt. The latter is not just going through another demand shock as it did in 2008 or 1998.

Today, the oil industry is suffering its worst ever blow after years of energy transition that had just started to curb demand, and which has happened against the backdrop of a Saudi-Russia price war that resulted in boosting production in an already oversupplied market at $39 per barrel. In the US, about 60 per cent of production has become uneconomical. Hence, so called US energy independence is now under serious threat to the extent that America may be better off importing Saudi oil again. The repercussions of this unprecedented price collapse have the potential to be a watershed moment for oil producing countries.

READ: Israel’s apartheid regime is the work of a callous rogue state

Significantly, the worst hit countries include major producers like Venezuela and Nigeria, as well as Iraq and Kuwait and all of those which never managed to diversify their economies away from extractive fuel. For some oil majors, the situation could also become a matter of long term survival. A new business model has to be found.

Before the pandemic, the industry was geared to carrying on, paying debt, ramping up dividends and investing in cleaner energy, all at the same time. However, in a market where prices are under $30 per barrel, producers cannot continue at a profitable rate while reducing costs and maintaining dividends. They could consider disposing of their mature assets, but we know that selling assets at the time of a downturn is not the most attractive option.

Ironically, the situation could create a huge backlash against the energy transition. It should be noted that the oil majors’ technical and financial capabilities will be an essential contribution to a low carbon economy. Energy transition policies with a view to meeting carbon neutrality by 2050 might actually slow down as a result of Covid-19. There are concerns, though. The first is with the lower price of under $30 per barrel scenario. Fossil fuels with high carbon emissions will offer competitive alternatives to renewable energy sources and that might derail the energy transition process. It will be much more competitive to use fossil fuels with competitive logistics with a high concentration on energy and flexible supply chains rather than developing more renewable capacity. A second concern is the repeat of what we saw at the end of the global financial crisis back in 2008-2010, when the return to business as usual resulted in a significant level of CO2 emissions worldwide.

By 2010, emissions reached record high levels, which is why most of the measures implemented by governments to stimulate their economies were based on an increased use of fossil fuels to kick-start heavy industries, thus leading to high carbon emissions. History could repeat itself in the post-pandemic period and could derail efforts to limit global warming. Continued reliance on fossil fuels can result in temperatures rising by 1.5 degrees or 2 degrees Celsius as early as 2040 or 2050.

A third concern relates to the economic impact of the pandemic which could leave governments so indebted that they would be unable to embark upon new programmes to finance the cutting of emissions and combatting climate change. As a result, energy transition policies may, unfortunately, drop by a few notches on the list of priorities of many governments.

Nevertheless, the pandemic might still act as an accelerator away from past trends, including the fight against climate change, rather than slowing down or stalling the energy transition process. Most EU member states and the International Energy Agency have made it clear that there is no way out of the Covid-19 crisis other than by committing further to the EU’s decarbonisation policy and carbon neutral target. The announcement last August by European Commission President Ursula Van Der Leyen, as well as Germany’s Angela Merkel and French President Emmanuel Macron, of a large European recovery package is clearly showing the way. The amount of the package, which includes a mix of grants, loans and guarantees, is absolutely mind-boggling at a total of €1.85 trillion committed to kick-start the EU economy. This amounts to close to $2 trillion and is the equivalent in real dollar terms to more than 10 times the 1948 Marshall Plan for the rebuilding of Europe after the Second World War.

In conclusion, it is clear that the Covid-19 pandemic is one of the most severe economic and energy shocks in modern history. Of all sources of primary energy, the novel coronavirus has had the greatest impact on oil production and supplies, due to its dominance in land, air and sea transport. As such, the pandemic could yet be a pivotal turning point and golden opportunity to boost green recovery and climate policies for both governments and energy suppliers.