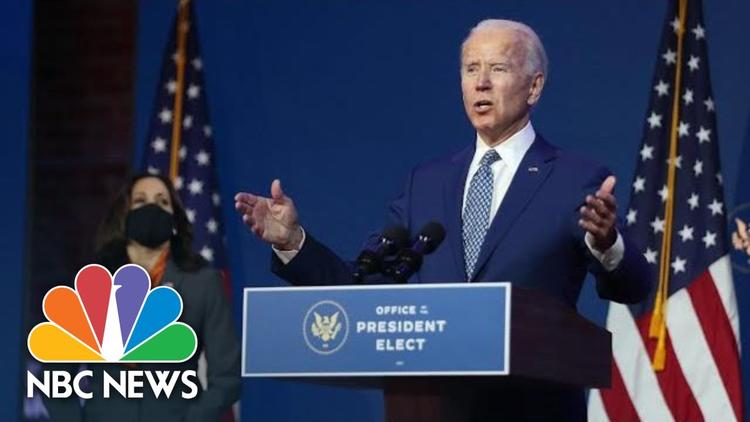 Greenville, SC (Special to Informed Comment) – Upon the beginning of his presidency, Donald Trump showed eagerness to meet with Russia’s Vladimir Putin and North Korea’s Kim Jong Un. Predictably, Democrats condemned the president’s engagement with these “dictators.” The criticism was hypocritical. If it would have been the Democrats’ president engaging in such moves towards authoritarian leaders, they would have praised her for being a bold diplomat. In fact, this is precisely what happened when, in his second term, President Obama began nuclear negotiations with Iranian leaders.

U.S. foreign policy must not be subject to the whims of partisan politics. Instead, President Biden must follow three interrelated directives that will prove beneficial to the country and its people.

First, President Biden must disavow post-cold war foreign policy ideologies, be it neoliberalism or neoconservatism. These ideologies see America as an exceptional and indispensable nation, with a global mission. The proclaimed mission is to promote the spread of democracy (notwithstanding our own failures here). More often than not, however, what actually happened was that the U.S. supported authoritarian leaders. These, in turn, provided “stability,” and therewith ensured perceived American interests in far-away places, to the detriment of the people there.

Biden is susceptible to such an ideologically driven foreign policy. This would be the “American century,” he proclaimed after his election. “America is back,” he said further. It’s a troubling rhetoric. Is America to continue committing the same follies it has since the end of the cold war? Follies such as expanding NATO, attempting to remake the Middle East, fighting an ill-fated war against terrorism as well as reckless wars in Afghanistan, Iraq and so on? To be sure, not all aspects of American foreign policy in the last decades were bad, but too much of it was, and it could have been avoided if the country’s leaders wouldn’t have fallen for the arrogance of power.

Second, President Biden must reign in U.S. defense spending. American leaders tend to believe in the omnipotence of American military power. Thus, in the last decades, the country has regularly outspent anywhere from the next 10 to 20 most powerful countries combined. As the U.S. was strengthening its arsenal of primacy, it also came to hold about 800 military bases around the world. Russia, by comparison, has about nine.

How much power is enough? Can there ever be too much? Such questions were often deemed as unpatriotic to ask. Largely, the American people followed their leaders in defining the country’s strength in terms of military power. It was wrongheaded. Being powerful is important; being too powerful is a problem. It leads to the country’s global overcommitment, along with a neglect of urgent domestic needs.

Third, President Biden must engage in a careful analysis of what America’s vital interests actually are, and then bring the country’s commitments into alignment with these values. This task has become difficult because neoliberals and neoconservatives alike have blurred an understanding of what is in the U.S. national interest and what isn’t.

Somehow, when it comes to the Middle East, American national interest very often seems to be identical to the Israeli interest. Somehow, it seems to be in the U.S interest to support, financially and militarily, authoritarian leaders like Egypt’s Sisi or Saudi Arabia’s Bin Salman. What is happening, in fact, is that these countries, and others, want the U.S. to underwrite theirinterests, which gets the U.S. entangled in their business. With Israeli leaders having built an apartheid state in Palestinian territories, and Arab leaders having built among the most repressive regimes in the world, American support for them can be aligned neither with our interest nor with our purported morals.

The arguments advanced here do not add up to U.S. isolationism. Instead, they add up to a position of measured restraint. It is imperative for the U.S. to jettison some bedrocks of American foreign policy. All too often have they been a peril to the country’s troops, a drain on its treasury, and a serious injury to America’s global reputation and standing.

Will President Biden follow these simple directives? It’ll depend on the American people. If the people engage in genuine citizenship, then Republicans and Democrats alike will stand in critical juxtaposition to the new Administration and demand a foreign policy that safeguards the country’s security, but also allows it to work towards a track of prosperity that its people deserve.