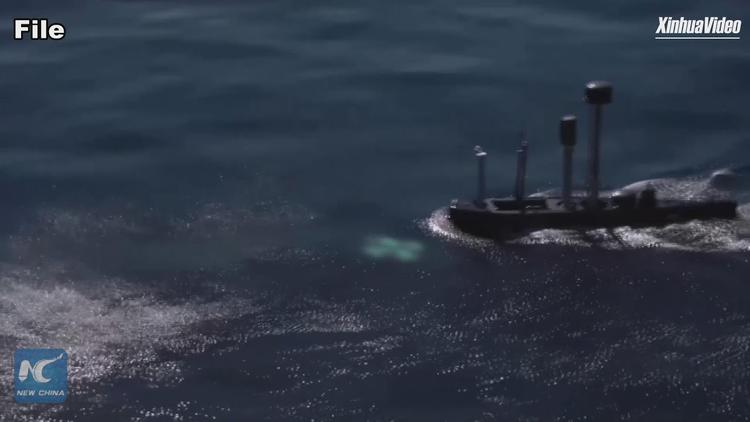 Belgrade (Special to Informed Comment) – Iran is hoping to join Russia-dominated Eurasian Union by the end of February. The Islamic Republic could also soon get a new rail connection with the Russian Federation, and such an action would additionally strengthen economic and political ties between the two countries. Such a major infrastructural project would violate the maximum U.S. economic sanctions on Iran, and offer the ayatollahs in Tehran an escape valve.

On February 10, Iran’s parliament speaker Mohammad Baqer Qalibaf said that preparatory works for the Islamic Republic’s permanent membership in the Eurasian Economic Union (EAEU) is going to be done in two weeks. Upon his visit to Moscow he also said that he brought a “very important message” from Iran’s Supreme Leader Seyyed Ali Khamenei to Russian President Vladimir Putin.

“The Leader emphasized on long-term coordination and strategic agreements with Russia. His message was of course broader, covering other issues, including economic and political ones, how to achieve agreements, future communications and policies between Iran and Russia”, said Qalibaf.

It is worth noting, however, that Qalibaf canceled his scheduled meeting with Putin after he refused to accept the health protocols to be followed during the meetings with the Russian leader. So Khamenei’s message has been delivered not to Putin directly, but to Russian Foreign Minister Sergey Lavrov and Secretary of the Russian Security Council Nikolai Patrushev. According to reports, Russian authorities had demanded from Ghalibaf to first self-isolate for 15 days upon arrival to the Russian capital in order to meet with Putin, which is something that the Iranian official strongly opposed.

Still, it is unlikely that Putin’s overly cautious hygiene demands will have an impact on relations between Moscow and Tehran. Iran and Russia-led EAEU have already signed a free trade agreement in October 2018, which resulted in increased Islamic Republic’s exports to the EAEU member states significantly. The Eurasian Union was created on the basis of the Customs Union of Russia, Kazakhstan and Belarus in 2014. Armenia and Kyrgyzstan joined the EAEU in 2015, and that is when the enlargement process stalled. Besides Iran, about 40 nations have also expressed a desire to develop trade and economic cooperation with the EAEU. However, one of the main problems for this Russia-dominated entity is the very slow progress towards its stated goals.

Iran’s potential membership in the EAEU would allow Tehran to neutralize, at least to a certain extent, the cost of the US sanctions, and also to force the US administration to be more flexible, especially when it comes to negotiations on the nuclear program. From a purely economic perspective, Iran’s access to Eurasian Union would strengthen business ties not only between Tehran and Moscow, but also between the Islamic Republic and other Russian allies. Despite the COVID-19 pandemic, the total turnover between Iran and the EAEU increased by two percent in 2020 and exceeded $2 billion. Food products and agricultural raw materials accounted for about 80 percent, or $939 million of the volume of supplies from the EAEU countries to Iran, more than half of which – $609 million – fell on grain. In turn, similar goods also accounted for most of the supplies from Iran to the Union – 68 percent or $575 million.

Besides joining the EAEU, Tehran could also benefit once a railway connection between Iran and Russia is established. According to Azerbaijan’s President Ilham Aliyev, a rail link will go through Nakhchivan – Azerbaijan’s exclave wedged between Armenia, Iran and Turkey.

According to Vardan Voskanyan, Head of the Department of Iranian Studies at Yerevan State University, both Russia and Iran are interested in promoting this project. He says that in the past, the absence of good land transportation between Russia and Armenia negatively affected bilateral trade relations between the two allied countries.

For Russia, this road could serve as an alternative pathway to the markets of the Middle East, and Armenia could finally get a land link to the market of the Eurasian Union. One thing is for sure – the Nakhchivan corridor will negatively affect Western-backed Georgia which has for years benefited as an important regional transit country.

Both Russia and Iran could come out of these infrastructural improvements with a much strengthened hand in geopolitics. Once completed, the Nakhchivan corridor will provide Turkey the opportunity to have a direct railway route to Baku, which will strengthen Ankara’s influence in energy-rich Azerbaijan and the Caspian Sea region. Compared to the existing Baku-Tbilisi-Kars railway, which connects Azerbaijan to Turkey through Georgia, the road within the new corridor will be about 340 kilometers (211 miles) shorter. Russia, on the other hand, will get a railway link with Turkey and Iran, which has great potential primarily in light of the announced strengthening of trade and economic ties between Moscow and Tehran. Moreover, the Russian Federation will have an additional land link to its ally Armenia through Azerbaijan – a country that will play the role of a transport hub.

If Iran can join the burgeoning Eurasian economy, it may drastically weaken Biden’s hand and reduce pressure on Iran to deal with Washington.