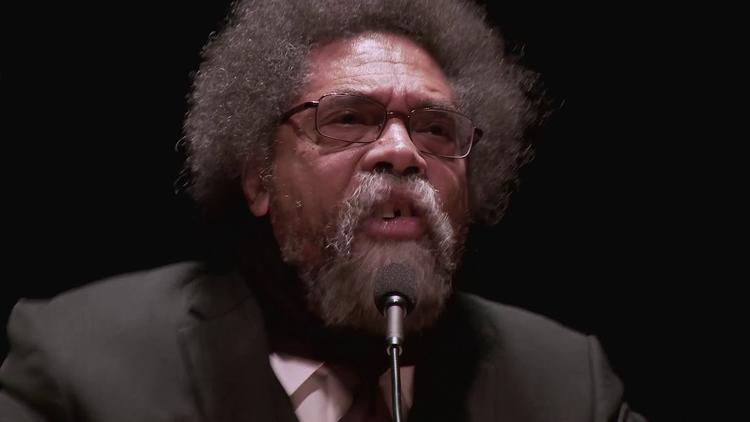 Ann Arbor (Informed Comment) – Maximilien Alvarez writing at The Chronicle of Higher Education interviews eminent Black philosopher Cornel West on the latter being denied tenure at Harvard University. West is convinced that his views on the Palestine issue are the real reason for which Harvard will not give him a permanent job.

Universities have a custom of giving “tenure” to professors whose work they value, which means the individual cannot be fired under most circumstances. Obviously, they can be let go if they do something criminal. But if they teach their classes, they cannot be summarily fired. The tenure system evolved in the late nineteenth and early twentieth century largely because the big businessmen who often served on university boards of regents kept trying to fire professors for doing things like criticizing child labor (as with Scott Nearing, a Wharton school sociologist, who was in fact fired.) The graduate students in the Political Science Department at the University of Pennsylvania had me in to give a lecture on the Iraq War in Nearing’s honor in the Bush era.

West told the Boston Globe that he heard the university views him as “too controversial” and “a risk” and questions whether his work over the past five years has shown “substance.”

Professor West edited The Radical King in 2015, which most people would consider substantial. It is certainly a sign that he continues to produce important scholarship. But anyway, the idea that you would judge a scholar of his stature by his past 5 years is anyway weird.

West left Harvard in 2002 after Lawrence Summers, then president of Harvard, called him in and complained about his public intellectual activities, including rap CDs. It seems obvious that Summers was trying to get rid of West, and it worked. He also tried to get rid of Henry Louis “Skip” Gates, Jr. and Kwame Appiah, and Appiah also left. Summers also dissed women science professors as biologically inferior. West called him, in the aftermath, a gangster for the Establishment. He was polite enough not to say “the White Establishment.”

West went to Princeton, and then to Union Theological Seminary, before coming back to Harvard as an untenured “Professor of Practice” five years ago. Harvard has a controversial practice of hiring people as professors of practice, especially language instructors, retired diplomats, etc., when it does not expect them to produce critical scholarship. West has positions in several units and has been offered a prestigious chair, but he wanted it to come with tenure attached, and it didn’t.

This controversy would not be addressed at Informed Comment, perhaps, except for West’s assertion that Palestine is at the heart of it.

“I was first tenured 37 years ago at Yale University and have served as University Professor — the highest faculty position — at Harvard and Princeton. Therefore, the only grounds I can conceive of Harvard’s refusal to pursue a tenure process for me are age and politics. Like everyone, I grow old. However, the recent invitation extended to me to give the prestigious Gifford Lectures in Edinburgh, Scotland, leads me to conclude that some people believe I have something significant yet to say. In regards to politics, I do not believe that my intense and joyful support of my dear brother Bernie Sanders for president is a cause of any concern on behalf of the powers that be at Harvard. So, I surmise it must be my deep Christian witness based on the idea that an ugly Israeli occupation of precious Palestinians is as wrong as any ugly Palestinian occupation of precious Jews. I would bear any burden or pay any cost in order to stay in contact with the precious humanity of any oppressed people.”

West is saying here that in his youth when his views on the Palestine issue were not so well known (or perhaps had not evolved to where they are today), he had no problem getting tenure at universities like Yale.

It is certainly the case that using language like “an ugly Israeli occupation of precious Palestinians” would be enough to keep someone from being hired at most American universities. This is because many pro-Israel professors and administrators (as well as those hoping for big donations from pro-Israel donors) are corrupt, and are entirely willing to misuse their positions to silence voices that are inconvenient for Israeli propaganda.

We have seen such incidents, such as the denial of tenure at DePaul to Norman Finkelstein (in which pressure from Alan Dershowitz is alleged to have played a role). Then there was Steven Salaita, fired from the University of Illinois Urbana Champaign for tweets that seem nice compared to Trump’s. Cary Nelson, the former head of the American Association of University Professors, which is supposed to advocated for professors’ rights, actively connived at Salaita’s dismissal. So did the provost at the time, who engaged in skulduggery like deleting emails. At the University of Michigan, John Cheney-Lippold was disciplined in an unprecedented way for standing for Boycott, Divestment and Sanctions on Israel’s Occupation policies toward the Palestinians. There is a reason that these things happen to the untenured. They have no real protection from being fired.

I have no way of knowing if the Palestine issue led Harvard to decline to tenure Professor West. He seems to have some indication that that is the obstacle, though. What can be said is that it is plausible. You can stand up for a lot of oppressed people — Native Americans, Uyghurs, Rohingya, etc.– and keep your job in American universities, but you can’t stand up for Palestinians without being smeared and risking being gotten rid of if you can be gotten rid of.

This is why more tenured professors should educate themselves on the stateless, Occupied Palestinians, the conditions they face, and the international laws that Israel is daily breaking. They can’t be fired, though their career ladder up to the Ivy League can be destroyed. Assuming they like where they teach, they should speak out. There are over a million post-secondary teachers in the United States, and the vast majority know exactly what is going on in the Occupied Territories. They can’t all be silenced.