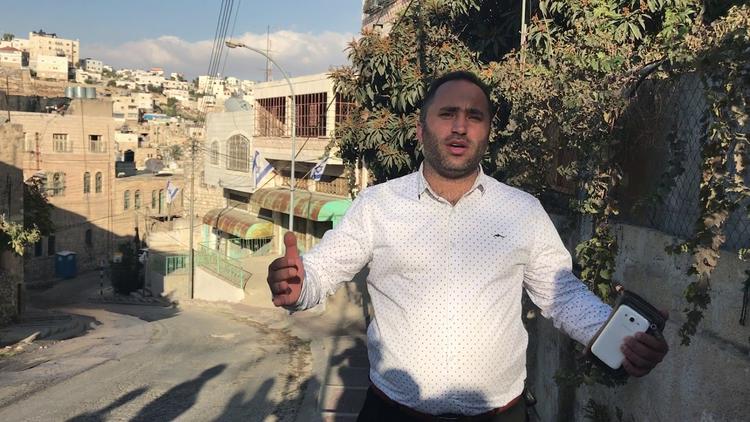 An Open Letter to the University of Michigan on Palestine | –

My colleague John Cheney-Lippold in the American Culture Department of the University of Michigan has been disciplined by the Colleges of Letters, Sciences and Arts for declining to write a recommendation letter for a student to do summer study at Tel Aviv University. He took this position because of his support for the Boycott, Divestment and Sanctions movement in civil society, which is an attempt to pressure Israel to cease its illegal colonization of the West Bank and its illegal collective punishment of Palestinian civilians in Gaza via a Draconian blockade.

Cheney-Lippold also went into his classroom after the social media furor broke out and found his undergraduates puzzled and confused, so opened up some time to discuss the issues. He is also being sanctioned for that.

Since any of us who teach Middle East or social movements might have occasion to discuss BDS in the classroom, this seems to me a key First Amendment issue.

Cheney-Lippold had a sabbatical for next winter taken away, was denied a merit pay increase, and was threatened with being fired entirely if he declined to write another such letter.

I understand the desire to uphold students’ right of conscience and to treat them fairly. But I think this decision by my College was wrong-headed in going too far toward disregarding faculty rights of conscience and I would be surprised (and depressed) if it stands in the medium term.

His position is one adopted by the Democratic Socialists of America, an increasingly significant caucus in the Democratic Party, and is not an outlier ethically.

Here I would like to reflect on whether it is ever all right to decline to write a recommendation letter for a student.

Without in any way wishing to criticize or undermine Cheney-Lippold, I have to be honest that I practice a much more limited version of BDS than he does. I wouldn’t boycott an institution in Israel proper, since it is a United Nations member and a legitimate state, despite its current government pursuing policies that contravene international law.

I do, however, boycott Israeli institutions in the Occupied West Bank. Indeed, I believe I have a legal obligation to do so and might be liable to legal action when visiting other countries if I did not. (I might even be liable for legal action in the US if its political culture weren’t such an outlier on this issue).

My position in this regard is the same as that of the European Union and its courts.

I therefore would not write a recommendation letter for a student to study at Ariel University, which is a squatter institution on illegally acquired Palestinian land in the Occupied West Bank. Severe questions have been raised about its own adherence to basic canons of freedom of speech, but those considerations might not be decisive for me. Being an occupation institution is.

I also would not write a letter of recommendation for a student to work at an Israeli firm located in the West Bank.

The political atmosphere of the United States is powerfully shaped by persons who are essentially honorary members of the proto-fascist and colonial Likud Party in Israel, whether Evangelical Christians, or Jewish magnates like Sheldon Adelson, or erratic opportunists like Lindsay Graham.

Indeed, when former New Jersey governor and presidential aspirant Chris Christie auditioned in 2016 for Mr. Adelson, who is dogged by corruption charges linked to the Chinese Communist Party and permissions for his casino in Macau, Christie called the Occupied Territories just that and was immediately barred from funding by Adelson because he holds the untenable position that Israel owns the Palestinian territories by God-given right.

Money increasingly sets the terms for debate in the Trump era, not law or ethics.

Israel occupied the Palestinian West Bank and Palestinian Gaza in 1967. No international body had ever awarded these territories to Israel, and the UN General Assembly partition plan of 1947, which Israelis claim for legitimacy, explicitly denied this territory to them. (The plan did not have the force of law, admittedly, since only the UN Security Council has that authority, but the UN Security Council has repeatedly denied these territories to Israel as well).

The glib Bill Maher argument that you get to keep what you conquer is explicitly denied by the United Nations Charter, to which Israel is signatory, and which forbids the acquisition of a neighbor’s territory by military conquest. The shyster lawyer argument that the West Bank and Gaza did not belong formally to another state and therefore are fair game is morally and ethically odious and legally without foundation, since the UN Charter does not mention anything about conquest of stateless people being just peachy keen.

Countries are allowed to occupy enemy territory in war time. The decades of occupation however, have now put Israeli actions beyond the pale of law. From the Hague Regulations of 1907 to the Fourth Geneva Convention of 1949, the international law of occupation forbids any extensive alteration in the lifeways of the occupied population by the Occupier until the war ends. Israel in contrast has left almost no aspect of the lives of the occupied Palestinians untouched, and universally for the worse. Moreover, the Fourth Geneva Convention of 1949 on the treatment of populations in occupied territories contains these prohibitions:

Not only has the Israeli occupation become criminal by virtue of its length and intensity, it is criminal because the Israeli government has flooded hundreds of thousands of its own citizens into the Occupied Palestinian West Bank, stealing massive amounts of Palestinian land from its rightful owners, building on it, and stealing resources such as water, as well.

Israel has violated this provision about 800,000 times, and has been reprimanded for it repeatedly by the United Nations Security Council whenever the Neocolonial US government has not vetoed the other 14 members.

Sometimes the press asks me whether I am being invidious in taking this position, since I don’t boycott Morocco (the Western Sahara), e.g.

But Morocco has not deprived the people of the Western Sahara of citizenship in a state. It has bestowed on them a citizenship they do not want. That is an issue for the two parties to work out in history.

What makes the situation in Gaza and the West Bank so egregious is that people are being kept stateless. They cannot be sure they own the property they think they do, since Israeli squatters can take it at will. They are akin to slaves in being deprived of the basic dignities and rights adumbrated in contemporary human rights law.

It might be said that my position differs from that of my good colleague inasmuch as he boycotts Israel proper. But the Israeli government would see no difference between the two of us and the question is whether our difference is one of kind or of degree. If of degree, then my stance should attract the same sanctions.

Ironically, although I do not currently boycott Israel proper, and have spoken there and had fruitful interactions with academic colleagues there in the past, its current authorities would almost certainly boycott me, just as they are holding an American student at the Tel Aviv airport without charges for having belonged to an organization that supports BDS. (Perhaps Alexandria Ocasio-Cortez should avoid visiting).

There is another wrinkle, which is that what Professor Rashid Khalidi at Columbia University calls the “settler-industrial complex” is growing and invading Israel proper. How long will it be before most Israeli universities and companies have West Bank outposts? How long will my distinction remain tenable?

And then there is the question of American companies and institutions with squatter connections.

Moreover, since it is now the Israeli government’s position that its Arab citizens do not share in national sovereignty, and since that government has a formal policy of shooting down unarmed civilian Palestinian protesters in Gaza, my position about its legitimacy is increasingly hard to maintain.

But for now I stand where I do. I am helpless to do anything about the Apartheid oppression of the stateless Palestinian people, who are deliberately kept stateless and without basic human rights by the Likud government of Israel and by the Trump administration.

But in any case I will not personally cooperate with the evil and criminality that is this occupation. And it seems likely to me that I will at some point be talking about BDS in the classroom. I don’t think it is the place of a university administration to coerce faculty or other instructors’ conscience on these issues, which are much more complex than they seem to realize.

Dear friends in the press: I’m not going to be giving interviews on this issue. I’ve had my say here.