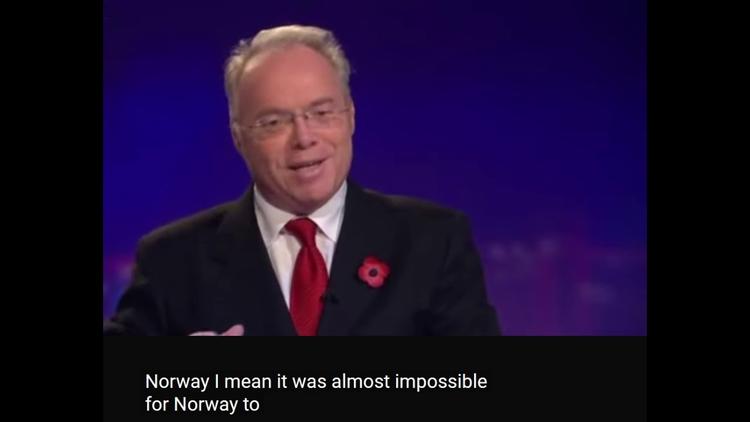 Ann Arbor (Informed Comment) – Some have questioned how realistic Biden’s plans are to move the US rapidly off fossil fuels. In fact, it is the fossil fuels that are unrealistic. Burning petroleum and coal are bad for everyone’s health and destined to make earth swelteringly hot, with lots of climate catastrophes and extreme weather.

But you don’t have to take Biden’s word for it. Girard Robinette at News-24-fr. reports that the Norwegian global sovereign wealth pension fund has dumped $6 billion in investments in oil and gas companies specializing in exploration and distribution.

Big Oil should just throw in the towel now, before more people get hurt. When the largest sovereign wealth fund in the world is dumping your stock because it is a loser in the near term, you may as well pack up and go home.

The fund, which is so huge that it holds about 1.5% of all the stock investments in the world and is worth some $1 trillion, lost $10 billion in a $40 billion oil and gas investment last year.

On Thursday, Trond Grande, the director general of the fund, said in a telephone call that the last of that portfolio had been sold by the end of last year.

Robinette reports that already in 2017, Norway’s central bank had declared that the fund must get out of oil stocks, given that the global push to reduce carbon dioxide emissions and avoid the worst effects of climate change is destined to make petroleum futures volatile in coming years. And, I would add, they will gradually become worthless over the next 15 years!

The Norwegian sovereign wealth fund still has oil stocks,including a position in Shell, but they are in larger integrated companies, not smaller ones specializing in finding new petroleum fields.

The Norwegian investment fund did not take this step because the institution is full of starry-eyed idealists. Fleeing petroleum and gas exploration as a business was a stone cold business decision. That sector is not going to thrive in the medium term.

Robinette writes that he talked recently to Bård Lahn, a researcher in the Norwegian Center for International Research on the Climate (CICERO), who said that the fund’s decision was likely driven mainly by economic considerations.

Remember, Norway still produces a lot of petroleum, and, ironically, the sovereign wealth pension fund gets its money from the country’s oil industry. The fund is Norway’s attempt to continue to generate income after the oil industry declines, as it will in the coming decade and a half.

The fund may also, however, develop more of a social conscience now. The new CEO of the fund, Nicolai Tangen, is making sustainable investing central to the task of all the fund managers. So writes Lars Erik Taralden at Bloomsberg. Tangen, a chef and art historian as well as hedge fund manager, is looking to underwrite green energy projects. Ironically, they will inevitably replace the earlier petroleum investments.

Five years ago, I called petroleum investments a “Hindenberg trap” and warned that everybody should dump those stocks from their retirement portfolios.

I wrote, “So there isn’t any doubt about it. Buying stocks in coal, gas and oil companies is like buying stocks in zeppelins. They are outmoded and prone to crashing and burning, a Hindenburg waiting to happen. (Zeppelins were good investments once, too; they carried tens of thousands of people across the Atlantic and the top of the Empire State Building was designed to anchor them; but they became a stranded asset.)”

I see that Norway’s sovereign wealth fund has come around to agreeing.