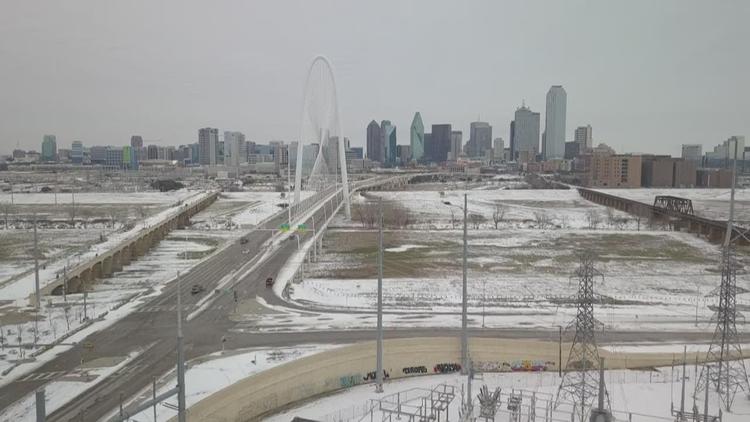 Ann Arbor (Informed Comment) – The Republican Party has had a lock on Texas politics for over two decades, and has reduced it to a failed state. Even Texans like Beto O’Rourke are making this observation. Millions are without electricity in the midst of one of the state’s worse winter storms ever. This massive failure of infrastructure comes on the heels of the state government’s disastrous handling of the coronavirus pandemic, in which governor Greg Abbot initially forbade mayors of major cities from ordering economic lock downs, and actively discouraged mask-wearing, policies that he then had to reverse.

The Republican Party does not believe in government. Perhaps that is one reason its leader recently tried to kill the government on Capitol Hill. The GOP is about coddling the very rich. The poor babies don’t like being regulated, being made to spend money on the welfare of the people, or being taxed. Who will will take these burdens off the snowflake business classes? Never fear, the GOP is here.

The Republican Party is the victim of magical thinking that the market can solve all problems if only it is unleashed and freed of the shackles of government.

These precepts are ugly, producing an ever ratcheting economic inequality in which much of the country’s wealth is in the talons of a handful of billionaires while millions live in poverty and food insecurity and even many workers are part of the growing class of working poor. Class and race overlap– keeping the billionaires happy at the expense of the rest of us mostly means keeping elderly privileged whites happy. Look at the Forbes 500 some time.

These precepts are also grounded in falsehoods. No, most poor people aren’t poor because they are lazy. No, most millionaires aren’t self-made. And most of all, there are lots of problems that the market does not solve very well, where it would be good to have the government take the situation in hand.

One reason the initial vaccine rollout last December and early January by the Trump administration was such a bust was that Trump would not deploy the resources of the federal government. His officials just shipped the vaccine off to state and local institutions that had no capacity, not even enough trained people, to deliver the doses into arms. President Biden, in contrast, is mobilizing the military and national guard to give the shots. Someone is finally in charge, and willing to deploy government rather than degrading and belittling it.

The electric grid is a piece of key infrastructure that should be nationalized. You will say, gasp, socialism. Meh. Social security is socialism. State universities are socialism, and would be better and less corrupt and would serve the public better if only they were more socialistic. The post office is socialism, and is currently being destroyed by postmaster general Louis DeJoy so as to replace it with more expensive and less efficient private delivery companies.

Would it not be better to have a larger public sector and electricity during ice storms than capitalism and 4 million people without power?

The state’s privately owned power plants have not been weatherized to deal with severe winter storms. The equipment at the electricity plants itself froze and stopped working.

Because the private companies that own the plants did not want to spend the money to weatherize them. Indeed, the deregulation of the electricity grid may have encouraged companies not to weatherize. This, even though severe winter storms hit the Southwest roughly once every 8-10 years. They are not rare.

Rather than blame blind worship of the market for the problem, the Republican right actually trotted out the old lie that wind turbines fail in bad weather.

Even Bloomberg, which is itself owned by a billionaire, admitted forthrightly that coal, natural gas and nuclear plants failed at a far greater rate than did wind farms, and that the latter are a tiny part of the problem. (Some did freeze up.)

No surprise here. This is the party that does not believe in science, does not believe in the human-caused climate emergency, and many members of which believe that Hillary Clinton eats children at a Washington, D.C., pizzeria. Trump even peddled the lies that wind turbines cause cancer and the climate emergency is a Chinese hoax and 70 million marks voted for him anyway. Apparently Republicans are so gullible that they will believe almost anything, as long as believing it helps the greediest and least reputable section of our plutocracy.

Beto: ‘We Are Nearing A Failed State In Texas’ Thanks To GOP Leadership | All In | MSNBC