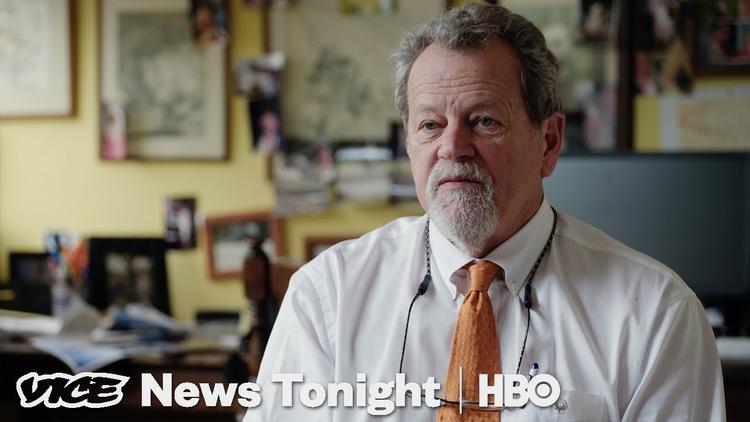 Ann Arbor (Informed Comment) – Andrew DeMillo at the Associated Press reports that a 3-judge panel of the 8th U.S. Circuit Court of Appeals in St. Louis has struck down an Arkansas law requiring contractors with the state to sign a pledge not to boycott Israel.

The alternative print monthly the Arkansas Times carried advertising from the University of Arkansas – Pulaski Technical College. When the law was passed, the university demanded that owner Alan Leveritt sign the pledge not to boycott. Leveritt does not boycott Israel, but he absolutely refused to sign any such constraint on his and his reporters’ freedom of speech, which had the effect of abrogating their First Amendment rights. UA-PTC thus pulled their advertising and Leveritt sued them with the help of the American Civil Liberties Union.

The 8th Circuit has upheld Leveritt’s right to freedom of speech.

“The court said the law is written so broadly that it would also apply to vendors that support or promote a boycott.

“The Act prohibits the contractor from engaging in boycott activity outside the scope of the contractual relationship ‘on its own time and dime,'” the court said in its 2-1 decision. “Such a restriction violates the First Amendment.”

The supporters of the anti-boycott law will not tell you that state universities consider professors who come to give talks on their campuses to be sole proprietors of a business for tax purposes, and so speakers invited to campus cannot be paid an honorarium or be reimbursed for their travel expenses unless they sign the anti-boycott pledge. These laws are thus they biggest threats to campus free speech ever seen in the history of the United States.

I don’t myself boycott Israel proper, though I do boycott Israeli squatter settlements on the West Bank, but I would not sign a statement such as was demanded by the Arkansas state government and so would have been effectively prevented from speaking at the University of Arkansas.

The anti-boycott laws are the ultimate in cancel culture.

They are also un-American. The Boston Tea Party was a boycott of a British commodity because of American feelings that the British government was taxing them without representation.

Some 32 states have passed laws prohibiting the boycott of Israel. Whenever these laws have been challenged in the courts, they have been struck down, and they are clearly unconstitutional. The laws are backed by Israel’s cabinet-level Ministry of Strategic Affairs and are a clear and systematic attack on the basic rights of Americans.

The proponents of boycotting Israel are making a stand against that country’s policy of keeping 5 million Palestinians stateless and without basic human rights under Israeli military rule.

Boycotting the state of Israel, refusing to buy its bonds or give it money or take money from it is not the same as acting in a discriminatory way toward Jews. Some 20% of Israelis are not Jews in any case.

African-American boycotts of white discriminatory businesses were key to the victory of the Civil Rights movement in the 1920s (see below).

The right wing in America routinely gets up boycotts. Trump supporters boycotted Walmart because it carried t-shirts saying “Impeach Trump.” The powerful far-right American Family Association also launched a boycott of Walmart because the company put out an ad that was gay friendly. Trump supporters boycotted Netflix over the company’s deal to have Barack and Michelle Obama produce content. The Trump movement, tinged with fascism and white supremacism, has advocated large numbers of boycotts of companies– Starbucks, Nike, Nordstrom’s even Oreo.

Would that be a violation of the civil rights of Chinese-Americans or a form of racial discrimination? Of course not. China is a sovereign country, as is Israel, and Americans are free not to do business with a country to whose policies they object.

For the right to boycott as a first amendment right, the key case is NAACP v. Claiborne Hardware, which came out of the Civil Rights movement and the assassination of the Rev. Martin Luther King, Jr.

[I]n 1968, Martin Luther King, Jr. was assassinated, and a young black man, Roosevelt Jackson was shot and killed by two Port Gibson police officers. On April 19, 1968, the field secretary of the NAACP for Mississippi, Charles Evers, led a march to the Claiborne County courthouse and demanded that the entire Port Jefferson police force be discharged When the demand was not met, the boycott on the merchants was [imposed]. On April 21, Evers made a speech in which he said, “If we catch any of you going into these racist stores, we’re going to break your damn neck.” … In at least 10 instances, blacks who violated the boycott experienced instances of violence, including shots fired into their homes, bricks thrown through their windshields, and tires on their cars slashed. Five of the incidents occurred in 1966, and were not correlated to Mr. Evers’ speech, and the other 5 were undated, and so they were discarded from the court case. . .

“On October 31, 1969, 17 of the merchants sued in the Chancery Court of Hinds County, 146 individuals, the NAACP, and Mississippi Action for Progress (MAP) in state court to recover losses caused by the boycott and to enjoin future boycott activity . . . A trial began in 1973 and, in 1976, the chancellor found that the black defendants were jointly and severally liable to the plaintiffs based on three separate theories: (1) for a tort of malicious interference with the plaintiff’s business; (2) for violation of a Mississippi statute banning secondary boycotts on the theory that the defendants’ primary dispute was with the governing authorities of Port Gibson and Claiborne County, and not with the white merchants at whom the boycott was directed; and (3) the court found a violation of Mississippi’s antitrust statute . . .

“In a decision by Justice Stevens, the Supreme Court reversed the Supreme Court of Mississippi’s decision, holding that the nonviolent elements of the petitioners’ activities were protected by the First Amendment to the Constitution of the United States and holding that the petitioners were not liable in damages for the consequences of their nonviolent, protected activity. This decision means that “boycotts and related activities to bring about political, social and economic change are political speech, occupying “the highest rung of the hierarchy of First Amendment values.”