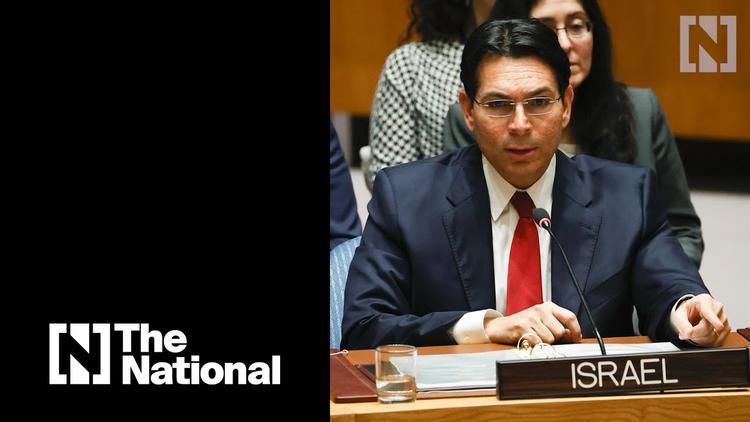 Ann Arbor (Informed Comment) – Danny Danon, Israel’s former ambassador to the United Nations, impatiently tweeted a list of all the foreign leaders that President Joe Biden has already called in his one month in office, and suggesting it was time he called Binyamin Netanyahu.

Biden is close to the Israel lobbies and had been for decades a friend of Netanyahu, so why has he not called the leader of the far, far right Likud Party?

Well of course only Biden knows for sure, but here is some informed speculation as to the reason for the obvious snub.

1. Netanyahu has deliberately and extravagantly violated the principle of non-interference in the domestic affairs of the United States. He is an honorary member of the US Republican Party. He more or less endorsed Mitt Romney for president in 2012. The FBI revealed that in 2016 Trump crony Roger Stone was offered Israeli intelligence that would help Trump beat Hillary Clinton.

2. Netanyahu has attempted to intervene with Congress against presidential policy, as when he addressed Congress in 2015 to try to convince legislators to shoot down Barack Obama’s Iran deal. I have never seen a foreign politician allowed to try to sway party members against the sitting president. Netanyahu arrogantly lectured Obama in public at a White House press conference on the Middle East, and then used the footage in a campaign ad for himself.

3. Netanyahu wrapped himself around Donald Trump more desperately than any of Trump’s women ever did. He actually had Trump’s picture at the Twitter account for his reelection campaign until recently. He named an Israeli squatter settlement in Syria’s Golan Heights for Trump, who illegally recognized Israeli claims to the Golan. The United Nations charter forbids the grabbing of a neighbor’s territory by aggressive warfare, so Israel’s annexation of the Golan from Syria and Trump’s recognition of it contravene international law. Both the US and Israel are signatories to the UN charter, so it is their national law, as well. When Antony Blinken reversed Trump’s illegal recognition, Netanyahu went off on him about how he would never ever give up the Golan ever. Blinken politely said that the status of an occupied territory is a matter of law, but that he can understand Israel’s need to occupy it for now given the security challenge from Syria. I suspect Biden’s snub is intended in part to convey to Netanyahu that if he wants a call from Washington he has to stop behaving like a boor.

4. Biden is determined to find a way to restore the Joint Comprehensive Plan of Action or Iran nuclear deal that Trump trashed. Netanyahu has been jumping up and down mad about this plan on Biden’s part. He seems primed to try to do to Biden what he did to Obama, i.e. go over Biden’s head to Congress and to US constituencies to stop Biden going forward. Last month an Israeli TV channel (Channel 12 News) reported, according to The Times of Israel, that a very senior Israeli official said, “If Biden adopts Obama’s plan, we will have nothing to talk about with him.” Biden’s reply? OK.

5. Netanyahu is being tried for corruption by Israeli courts and is facing an election. For Biden to look too eager to speak to the prime minister might be misinterpreted in Israel as an American president putting his thumb on the scale in favor of the incumbent or in favor of Netanyahu escaping his legal difficulties. Biden would almost certainly prefer that Netanyahu lose and that he be able to deal on Israel-Palestinian negotiations with someone more reasonable. (It isn’t clear that someone more reasonable has much chance of becoming PM, however.)

In any case, there isn’t any question of Biden changing the US unquestioned support for Israel, or doing anything significant to help the stateless and oppressed Palestinians under Israeli military dominance. The Biden team will pay lip service to a two state solution, without specifying where they think there is even room for a Palestinian state in a West Bank with hundreds of thousands of Israeli squatters.

The apparent snub of Netanyahu is just political theater as far as US-Israel relations go. But the point of the theater is to remind the small prime minister of a small state completely dependent on American largesse who is actually the boss.