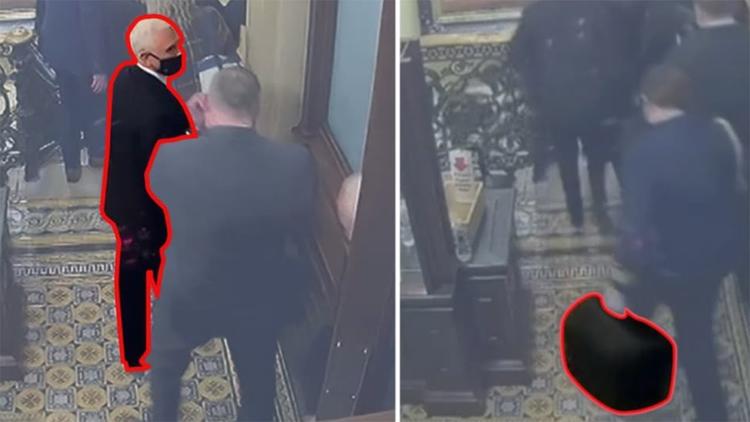 Ann Arbor (Informed Comment) – The twentieth century was in the eyes of some observers an uneven but steady march to democracy.

Those who study transitions from authoritarian governments to democracy have defined a successful transition as characterized by two elections in a row, where all parties agree on the rules of the game, and the losers go home.

The losers going home seems to me the really important thing. In 2014, revolutionary Libya had parliamentary elections. The old General National Congress in Tripoli, supported by Muslim fundamentalist militias from Misrata, refused to go home. The newly elected parliament established itself in the west of the country, in Tobruk. There were effectively two governments, which fell into civil war. A new unitary government has just been established, but it isn’t clear what its chances are.

I just want to point out that by the rules of the professors of democratic transition, the United States is no longer a successful democracy.

In 2020, there was not general agreement on the rules of the game. Some 140 members of the House of Representatives along with admittedly flaky senators like Josh Hawley and Ted Cruz, plus the flakiest of all, one-term president Donald Trump, disputed the rules under which the election was held in states like Pennsylvania, Michigan, Arizona and Georgia.

I repeat, there was substantial disagreement on the rules of the game.

Then, the losers refused to go home. That was what the Capitol insurrection of January 6 was about. It was Trump’s attempt to avoid going home. Only because the insurrection was defeated did Trump leave the White House. He had intended to stay. If the insurrectionists had succeeded in hanging Mike Pence and killing or kidnapping Nancy Pelosi, Trump would have stayed in the White House on the pretense that Biden’s win had not been certified by Congress.

It was an attempted coup.

That is why the Republican senators will not vote to convict Trump. Whether they believe Trump was wrong to try to stay in office or not, they know that their wealthy donors and their constituencies believe he was right.

There really isn’t any difference between the United States of America and Libya at this point. State Republican Party officials in Oregon and elsewhere still maintain that Trump won. The losers are not going home.

From 1900 to 2000, absolute monarchies fell one after another to become constitutional monarchies or republics. Not all the new republics were democracies. American hegemony in Western Europe shaped it as capitalist democracies, with the US writing the German constitution and pressuring NATO members to stay democratic. Turkey’s military kept making coups but then being sent back to the barracks in part because of that country’s NATO membership. Greece similar. The U.S. also wrote Japan’s constitution, and it transitioned to a kind of corporate democracy.

The late Samuel Huntington theorized a “Third Wave” of democratization from the 1970s till the end of the 20th century, which saw 60 countries transition away from some form of authoritarianism. Portugal and Spain exited from authoritarianism in the 1970s. The failure of the attempted coup in 1981 was the nail in the coffin of Iberian plain fascism. Brazil moved away from military rule in the 1990s.

Then the East Bloc and the Soviet Union collapsed, and a whole raft of Eastern European countries went democratic (though some, like Hungary and the Russian Federation) have backslid rather badly.

The political scientists who studied these transitions to democracy typically did not ask why the transition began. There seemed to be a lot of disparate reasons, and that was hard to theorize. It is like economists, who are very interested in the impact of consumer demand on prices but almost never ask why consumers should have wanted a particular commodity to begin with.

What political scientists did try to study was what accounted for why some countries begin a transition to parliamentary democracy and succeed in consolidating it, and why some fail.

Adam Przeworski at New York University found that successful transitions were highly associated with per capita income. The wealthier people were in a society, the more likely it was that they could make the transition succeed once it began. Thus, Taiwan had one-party rule under the Guomindang, but it did not survive the 1990s. Taiwan gradually moved to a two-party parliamentary government. There were hiccups, but it has so far made it. Its per capita income is about $27,000 a year.

These findings did not say that poor countries could not have a successful democratic transition. Senegal seems to be doing just fine. They just predict that success will be more common in well-off countries.

The thesis works well for the Arab Spring. Of the Arab states that saw substantial youth revolts in 2011, Tunisia was the wealthiest per capita. And it was the sole relative success story. Yemen, one of the poorest countries in the world, plunged from a democratic opening into civil war. Likewise Syria. Egypt, a desperately poor country, became the prey of the officer corps, who simply arrested the elected government in 2013.

But note that the theory also does not guarantee that wealthy countries will remain democratic. Democracy is constructed, over and over again, every day, and if citizens don’t bother to keep constructing it, it ends.

By 2018, Freedom House had recorded 13 consecutive years of democratic decline. This contrasts to the period 1988 to 2005, where there were lots of transitions to democracy.

Burma or Myanmar just had a coup. Sri Lanka is backsliding. Although Hungary and Turkey still have elections, their leaders are behaving in authoritarian ways.

The United States has now joined this de-democratization wave. Professor Huntington would be upset and also astounded.

The US is wealthy per capita, so it should have a high chance of continuing to transit to more democracy, not less.

So why is the place falling apart? Well, I called the system capitalist democracy, and that is increasingly a contradiction. American capitalism is unhealthily dominated by monopolies and is marching toward a world of billionaires on the one hand and of workers barely making it on the other. Economic insecurity has increased, which is associated with heightened racism as ethnic groups feel they are competing for a shrinking pie.

Remember I said that in 2014 the losers in Libya’s election refused to go home or to acknowledge the rules of the game?

And I said that then Libya fell into civil war?

And now I am saying that in 2021 a substantial section of the Republican Party doesn’t want to go home after losing and also does not agree on the rules of the game?

You do the math.