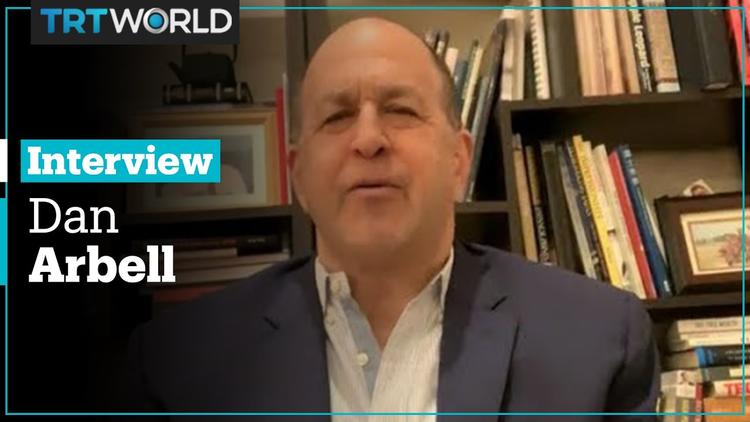 For Israel, this has been the “no change, all change” election. No change in that the result appears inconclusive – just like the three previous elections. It’s also all change, as we are seeing the beginnings of the political normalisation between Jews and Arabs for the first time since the state was created in 1948.

This despite the fact that this fourth national election in two years was all about whether Benjamin Netanyahu, Israel’s longest serving prime minister, who is facing trial on corruption and breach of trust, should stay in office.

Policies were at the sidelines of the campaign. Netanyahu had one aim, which was to remain prime minister at all costs. His opponents on the centre left and centre right, meanwhile, were focused on removing him.

He failed to secure a majority for his camp and also his Likud party lost 300,000 votes and six seats. His alliance with two Jewish religious parties and the extreme right so-called Religious Zionists means he can count on 52 seats.

His opponents are on 57, leaving the right-wing Yamina, Islamist Ra’am (or United Arab List) taking up the rest. No one has the necessary 61 seats to form a government unless they can win over Mansour Abbas, Ra’am’s leader.

Within hours of the final results, politicians in both pro and anti-Netanyahu blocs were in discussions with Abbas. Ayoub Kara, an outgoing Likud member of the Knesset (MK), met Abbas and tweeted afterwards about “the new pragmatic Ra’am that doesn’t deny Israel’s existence and wants to be a partner in national decisions”. Another Likud MK, David Bitan, has commented that: “we could get along with the United Arab List”.

Meanwhile, Yair Lapid, the leader of the largest opposition party, Yesh Atid, has opened negotiations with Abbas on the formation of a new government. Such steps are unprecedented. In the past, leaders of Jewish political parties have avoided relying on Arab votes. Those days seem to be over.

During the election campaign, Netanyahu set out to woo the Arab vote, styling himself with the Arab nomenclature “Abu Yair” (“Father of Yair”). Ironically Yair, Netanyahu’s 29-year-old first son is well known for his anti-Arab social media posts.

Few Arab votes were won for Likud, but his electoral strategy positioned Netanyahu so that he could try to attract Arab politicians to support his premiership after the elections. Now that Ra’am holds the balance of power, it will be interesting to see if that strategy will reap any rewards.

The idea that there could be an Israeli government led either by Netanyahu or Lapid relying on the votes of an Islamist party would have seemed outlandish as little as two years ago. Neither camp would find it easy in practice. Likud’s allies in the far-right Religious Zionist alliance have ruled out any such government. It is understood that Netanyahu’s backers will be working to change their minds in the next few days.

On the other side, as Lapid attempts to create his “change bloc”, potential partners in the centre-right New Hope party are opposed to any alliance with Ra’am. But what is stunning for observers of the Israeli political scene is that such discussions are taking place at all.

This development is all the more dramatic, given the entrance into the Knesset of the six members of the Religious Zionist group, which is composed of three extreme right-wing racist and homophobic parties, Religious Zionist Party, Otzma Yehudit and Noam. Their alliance was supported by Netanyahu, who feared that if they stood alone, they would not reach the required 3.25% threshold. This would have meant that right-wing votes, translating into seats, would have been “wasted” – weakening his position.

Among other things, this motley crew of racists wants to expel Arab Israeli citizens if they do not demonstrate loyalty to the state, annex the West Bank to create an overtly apartheid regime and “cleanse” Israel of gays and lesbians. It will be interesting to see how effective Netanyahu will be in persuading them to change their view of coalition with Ra’am.

Abbas spilt from the Joint List of mainly Arab parties at the beginning of the election campaign. This originally comprised three other parties: the communist Haddash, and the nationalist Balad and Ta’al parties.

The Joint List won 15 seats in the 2020 election and its leader, Ayman Odeh, became the first Arab politician in Israel’s history to support a candidate for prime minister – the then opposition leader Benny Gantz.

When Abbas took Ra’am out of the Joint List, many predicted his party would not cross the 3.25% threshold. In the event, it took four seats to the Joint List’s six. This decline in Arab political representation makes all the more remarkable its increase in political strength.

It should be noted that Arab representation in the new Knesset has been boosted by Arab citizens winning seats on the Labor and Meretz lists – one for Labor and two for Meretz. Both parties have traditionally sought Arab votes – and Meretz, in particular, comes from a political tradition that emphasises Jewish-Arab cooperation.

As Lapid and Netanyahu struggle to create a coalition out of such contradictory political forces, for the first time in 73 years, the concerns of the Israeli-Arab community will figure prominently in the negotiations.

This could have implications for negotiations with the Palestinians. In opening up diplomatic relations between four Arab states and Israel, the Abraham Accords – as sponsored by Donald Trump and Jared Kushner – seem to have had a profound impact on the domestic political arena. Deal-making with Arabs outside the country seems to have paved the way for seeing Arabs as legitimate partners within Israel as well.

Normalisation has not stopped at the border.

John Strawson, Honorary Professor of Law and Co-director of the Centre on Human Rights in Conflict., University of East London