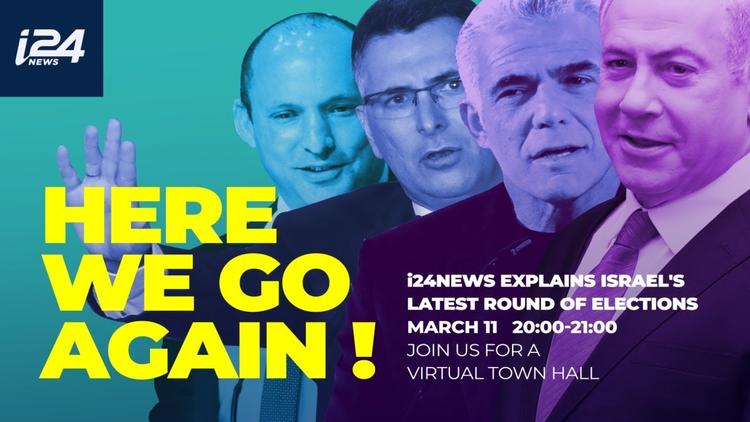 ( Middle East Monitor) – Due to right-wing domination, Israelis find themselves approaching the General Election this month with little real electoral choice. The various right-wing parties reflect the fragmentation on the right and the minor differences between them in terms of government priorities. Only Haredi Jews appear to have clear options.

Although Likud is the largest of these right-wing parties, the political crisis in Israel stems mainly from the party leader, Benjamin Netanyahu, and the corruption and bribery charges he faces. This is the main reason why Israel has its fourth election within two years on 23 March without the realistic means of electing a party with a clear majority to form a government that does not rely on a coalition. Whichever party leader is in a position to form a coalition will probably have to rely on support from the Arab parties participating in the election in order to pass the 61 Knesset seats mark.

Racism is rooted in the general rejection in Israel of the legitimacy of Arab parties participating in the government; even a rejection of their support from outside of the coalition. It was a lesson learned from Yitzhak Rabin’s experience in relying on the votes of five Arab MKs in 1994 to support his government from outside the coalition and approve the Oslo Accords. This support was reason enough to challenge the legitimacy of his government and the legitimacy of the Accords, a challenge which ended with Rabin’s assassination on 4 November 1995, by right-wing extremist Yigal Amir, who claimed that he was acting according to a Judaic law that allowed him to kill the prime minister.

The Palestinians in Israel, who make up about 17 per cent of the electorate, also find themselves facing political divisions. The Southern Branch of the Islamic Movement, which is running in the election under the name of the United Arab List, split from the Joint List after its leader Mansour Abbas announced a “new approach” that does not exclude cooperation with a government headed by Netanyahu in exchange for civil concessions. The “Arab Israeli” voters can choose between the United Arab List and the Joint List, which is made up of the Democratic Front for Peace and Equality (Hadash), the National Democratic Gathering (Balad), and the Arab Movement for Renewal (Ta’al). This division could lead to a decline in Arab representation in the Knesset and the fall of the splinter group due to its inability to pass the electoral threshold for winning a parliamentary seat. However, the most worrying matter about having two lists is the escalation of the social rift at a time when non-Arab parties, especially Likud, are intensifying their propaganda campaigns to win votes from the Arab electorate.

For Netanyahu, the General Election represents a turning point for his future role in Israeli politics and thus the world. The result will either see him heading for prison and oblivion if he can’t form a government, or prolong his political life if he succeeds in forming an extremist, racist, minority government. Indeed, the election result will not only determine Netanyahu’s fate, but also the future of his camp, which is the most racist, aggressive, extremist, and hostile to everything that is humane in this world.

What are Netanyahu’s chances of forming a government? Slim to none whatsoever given that he no longer has Trump in the White House, an ally who supported his Judaisation and settlement project and played a major role in pressuring Benny Gantz to agree to a coalition with Likud, thus allowing Netanyahu, who has never kept his electoral obligations and promises, to form a national unity government. Moreover, popular protests have been ongoing for months demanding his dismissal of the corruption cases.

The parties running in the General Election have, collectively, more than 90 seats in the Knesset at the moment. Hence, the core of the power struggle lies between those who automatically follow Netanyahu’s camp (Haredim and religious Zionists) and those who seek to change Netanyahu from within the right, for whom Gideon Sa’ar’s New Hope Party may be attractive.

The views expressed in this article belong to the author and do not necessarily reflect the editorial policy of Middle East Monitoror Informed Comment.