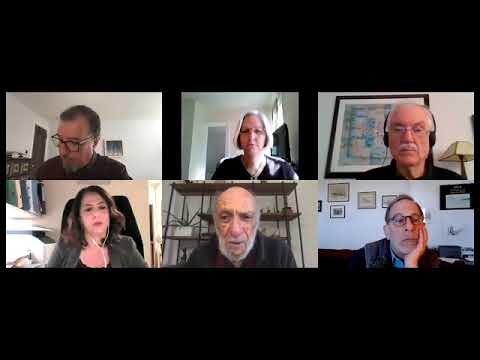 The government of Binyamin Netanyahu was apparently angered that al-Maliki and other Palestine officials conducted talks in the Hague this past Thursday with Fatou Bensouda of the International Criminal Court. The ICC has decided to look into war crimes committed in the Occupied Territories of Palestine, i.e. Gaza and the Palestinian West Bank, both by Palestinian and Israeli officials.

Ahmad al-Deek, the political counselor of the Palestinian foreign ministry, told al-`Arabi al-Jadid, “The minister Riyad al-Maliki was returning from a European trip today, during which he visited Greece and the Netherlands, and in the latter met the foreign minister, the public prosecutor, and a number of other members of the [International Criminal] Court, thereby completing the consultations that the state of Palestine is undertaking as a signatory member of the Rome Statute. While he was in the process of retuning, the Occupation authorities detained and delayed him.”

He and his entourage entered the Palestinian West Bank from Jordan over the Allenby Bridge, having to go through an Israeli security check, which was when he was detained.

Al-Deek explained that the Israelis cancelled their usual coordination with minister al-Maliki regarding his entry into Palestine. They had notified Palestinian authorities just that morning that they were withdrawing his VIP pass, which ordinarily would have allowed him to be waved through at the border checkpoint. This came after al-Deek’s consultations with the International Criminal Court.

The Israelis also detained the Palestinian team that had accompanied al-Deek at the crossing and interrogated them. They included the deputy foreign minister for multilateral relations and the head of the UN and human rights divisions. They were questioned for an hour before being released even though they formally have the status of ambassadors. They questions centered on the International Criminal Court.

Al-Deek branded this treatment of Palestinian officials as an act of enmity against the state of Palestine. He said that they had anticipated this threat and that European government officials had also warned them that they thought Israel would try to pull something like this.

The Palestine Authority is formally apprising the Dutch government of these actions by Israel, inasmuch as it is the seat of the International Criminal Court, in hopes that it will take action against Israel.

He said that the Palestinians were undeterred in their determination to complete their consultations with the ICC.

I would add that the treatment Israel afforded these Palestinian officials is a further violation of the Oslo accords.

Moreover, it is worth pointing out that one reason Israeli officials give for not vaccinating the 5 million Palestinians under their military control is that the Oslo accords gave the responsibility for health matters to the Palestine Authority. But that authority was never allowed by Israel actually to take over governing most of Occupied Palestine, and even in its own little sphere it is under the thumb of the Israeli military. If the Palestinians can’t so much as return home from abroad without being detained and interrogated by Israeli border guards, they aren’t actually in charge of anything. Including vaccinations.

Institute for Palestine Studies: “Implications of the ICC’s Jurisdiction over the West Bank and Gaza”