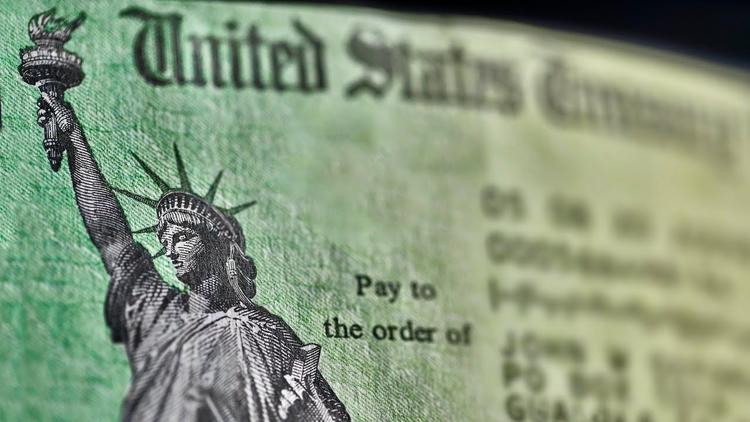 It’s one of the largest antipoverty programs ever passed — and will save worker pensions throughout the country.

( Otherwords.org ) – President Joe Biden’s $1.9 trillion American Rescue Plan is more than just a response to the coronavirus. It’s also one of the largest anti-poverty measures in U.S. history.

Provisions in the package, like expanding the Child Tax Credit alone, will bring nearly 4 million kids out of poverty, cutting child poverty nearly in half. Combined with $1,400 relief payments, $300 in extra unemployment insurance, and other provisions, the Urban Institute estimates the package will reduce poverty in this country by over a third.

And, of course, the package will speed vaccine distribution, hopefully bringing this pandemic to an end. All of this is good news after a year of devastation.

Some of the package’s most impactful changes barely even made headlines.

One of the more under-the-radar victories is that more than a million union workers and retirees can expect to see their troubled pensions rescued. The relief package sets aside $86 billion in direct aid for approximately 200 pension programs that are at risk of running out of funds.

This investment would provide swift, targeted relief to national multiemployer pension plans like the Teamsters Central States plan, which represents 400,000 participants in Ohio, Michigan, and other Midwestern states. With a current deficit of more than $20 billion, the fund is projected to go broke in 2025, leaving current and future retirees without benefits.

“For more than two decades, Teamster members, retirees, and officials have worked tirelessly to make sure the hard-earned retirements of its members are protected,” International Brotherhood of Teamsters President Jim Hoffa said in a statement.

“Now, as part of this bill,” he said, “more than 50 Teamster pension plans — including its largest, the Central States Pension Fund — will be eligible for assistance at the outset of the bill’s enactment, with more of the union’s plans becoming eligible in 2022.”

Multiemployer pension plans are negotiated between unions and employers in fields where there is a lot of turnover among workers, like construction and mining. Other industries including retail, transportation, food processing, and trucking also negotiate multiemployer pension plans, meaning the impact of this $86 billion in aid will have a wide-ranging impact on workers across multiple sectors.

As industries change and Republicans in Congress and state legislatures have pushed deregulation and right-to-work laws, union membership has been on a steady decline, starving pension plans. Even before the COVID-19 pandemic, union workers, businesses, and retirees faced a crisis and were in dire need of support.

Midwest Democrats like Senator Sherrod Brown (D-OH) have been working to save union retirement funds ever since 2008, when Wall Street received a bailout while union pensions took a massive hit, leaving millions of workers out to dry.

But this is good news even for non-union members. It will help support family members in retirement, boost local economies, and strengthen this country’s commitment to a dignified retirement system for all — which has been under fire for years as conservative politicians have attacked Social Security.

Not everything workers and their advocates were pushing for made it into this bill. The popular $15 minimum wage hike failed, with Republicans unanimously opposed and a few Democrats joining them. That fight won’t go away, but there’s still a lot to celebrate for now.

With Democrats in the majority and millions of people struggling to make ends meet, now is the perfect time for the government to take a strong pro-worker stance and provide relief to those at risk of losing benefits. This COVID-19 relief package, as well as the recently-passed Protecting the Right to Organize (PRO) Act in the House, are great first steps.

When unions are strong, we all benefit.

Rebekah Entralgo is the managing editor of Inequality.org at the Institute for Policy Studies. This op-ed was distributed by OtherWords.org.

Yahoo Finance: “Stimulus: A breakdown of how the $1.9T relief bill aims to help those in need”