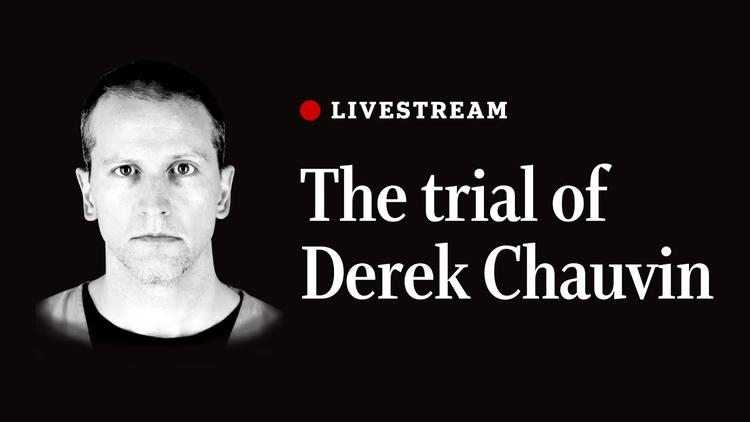 The police officer charged with murder in the death of George Floyd is currently on trial in Minneapolis amid continued calls for defunding or abolishing police forces — not just in the United States, but in Canada and other places that have also grappled with police brutality.

The problem with these proposals is that they’re presented as solutions to police abuse without an appreciation that some element of coercive authority will still be required in society. Consequently, these efforts are unlikely to be successful.

Many of the calls for drastic change highlight the failure of police reform efforts. While many attempts at change have met with limited success, I suggest the reason for these outcomes is not because change is impossible; it’s more to do with an unwillingness to confront systemic issues within police forces.

For example, the former commissioner of the RCMP indicated that workplace misconduct and other forms of abusive behaviour were simply the actions of a few “rotten apples.”

As a former chief superintendent with the RCMP, where I held leadership roles implementing cultural change within the organization, I believe this statement ignores the potential potency of the police socialization process and what happens when new recruits come in the door.

An emphasis on danger and risk

From the early days of training, police recruits are socialized by war stories that glamorize the dangerous aspects of police work and place an exaggerated focus on the mission of police to deal with danger as the supposed gatekeepers of society.

Ultimately, these narratives shape expectations of what it means to be a “real” police officer. For some individuals, becoming a real police officer means doing the dirty work that no one else wants to do, including whatever it takes to put “bad guys” in jail.

But rather than promoting an image of police working with communities to solve problems, this emphasis on physicality and fighting crime has helped craft the image of the “warrior cop” who is ready to do battle and is isolated from the public.

The continued preoccupation with danger and crime control means that aggression, competitiveness and physical action are often associated with the image of the ideal police officer.

To determine who fits in and who doesn’t, clear distinctions are frequently made between the tasks of “real policing” and those discounted as feminine, such as the prevention aspects of the job.

Building on prior studies, my research shows that the pressure to conform and fit in can be so intense that officers engage in masculinity contests (the competitive pursuit of workplace status that is defined by traditionally “masculine” rules) by adopting these supposedly desirable forms of masculinity and avoiding any actions that might be deemed weak or unmanly.

As noted in a report on sexual harassment within the RCMP, when masculinity contest norms are endorsed by police organizations, they can have grave consequences for the women (and even men) who are viewed as a weak fit.

In addition to officers hiding poor health or taking excessive risks, I also illustrate in my research how attempts to prove masculinity can spill out onto the streets in the form of overly aggressive action against stigmatized members of society.

A recent research paper looking into police shootings in the U.S. shows that officers are well aware of the expectations to display certain types of masculinity, and that a willingness to use violence can engender respect from fellow cops. As noted by one officer in the study, there is a perceived need to present a “tough, manly bravado … and to put to rest any concern about the ability to handle the job.”

Over the past five years, I have studied Canadian police organizations to better understand the factors that either amplify or counter these harmful workplace behaviours.

What I found is that masculinity contests are more prevalent in police organizations that adhere to a paramilitary control model, apply heavy-handed discipline practices and promote a competitive environment that pits officers against each other through policies and practices that favour some people over others.

I also discovered that officers have a greater sense of inclusion, report fewer instances of workplace misconduct and are more likely to feel they can safely speak up about workplace issues in organizations where leaders practise procedural justice — treating people with respect, engaging in consistent, ethical, and bias-free decision-making processes and giving people a voice in decisions that affect them.

There is no doubt that increasing instances of police misconduct erode trust and confidence in the police, yet disbanding the police is not the answer. My research indicates that a more inclusive and procedurally just policing model is more likely to begin from the inside out.

The New Zealand police are often heralded as exemplars of police reform because they revisited the “why” of policing and focused on initiatives to enhance the trust, confidence and satisfaction of the public.

In addition to clarifying the role of the police, we also have an opportunity in North America to promote a more justice-oriented style of police leadership and to put in place long-term mechanisms of accountability to support and sustain change.

At the same time, we need to be active participants in challenging societal norms that continue to equate policing with manliness and aggression.

Star Tribune: “Day 20: The trial of Derek Chauvin in killing of George Floyd”