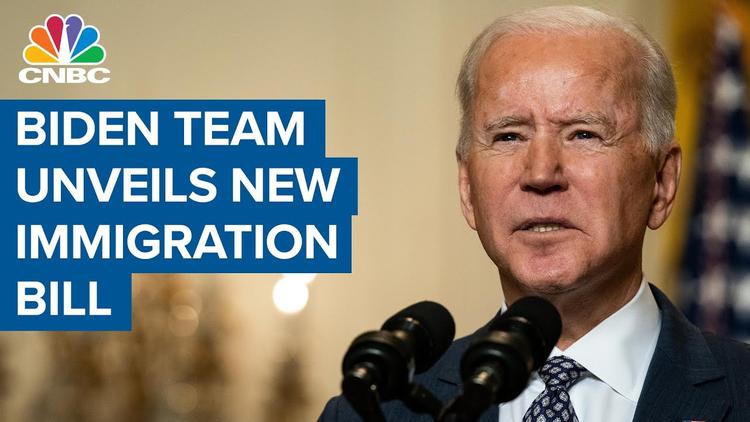 Ann Arbor (Informed Comment) – The Biden administration has announced that it will no longer use the phrase “illegal alien” and will replace it with “undocumented noncitizen.” Biden will also drop “assimilation” in favor of “integration.”

These changes are long overdue and necessary for human dignity. For one thing, human beings cannot be “illegal.” They can commit acts that are illegal. But human persons cannot be characterized as themselves illegal.

As for alien, in today’s world of Hollywood science fiction tent pole movies, its primary connotation in popular culture is probably a non-human visitor from outer space, reinforcing the ugly sentiments it had already garnered in referring to foreigners.

The changes are also a matter of simple logic. The difference between U.S. citizens born in Norway and Norwegians in the US who overstayed their visas is not that the latter are “alien” or “illegal.” It is that the Norwegians who don’t have a current visa lack proper documentation required of noncitizens.

Despite the ridiculous allegations of the Republican Right that Biden has “open borders,” these changes in terminology are about human dignity and do not affect things like deportation proceedings. People who overstay their visas will still be liable to deportation assuming they are not in danger in their home countries.

Not very many people are any longer coming into the US undocumented. In the past decade, more Mexicans have left the US than have come here, e.g. There was a wave of migration in the 1980s and 1990s, and President Biden wants to provide a pathway to citizenship for long term residents who made their lives here and contributed to the US. But those who are all het up about undocumented migrants usually have an unrealistic idea of the current situation.

Distaste for the idea of other human beings being “alien” goes back to early in American history. While white supremacists will denounce Biden for these changes, he is closer in sentiment to the Founders than they are.

John Adams, our second president, and one of our Founders, was fond of quoting the Latin playwright Terence, who had a character say, “I am human and I consider nothing human alien to me (Homo sum, humani nihil a me alienum puto)”.

In its original context, the phrase may have been used sardonically by Chremes, the character who said it, and who was nosy about his neighbors. The sentence was extracted by other writers even in ancient Rome, however, and used to praise a broad-minded universalism. It became especially popular in the Renaissance. Latin literature specialists may wince that the quote is being taken out of context when used in this way, but arguably the popular understanding of it by now is far more important than Terence’s original, especially since his plays have experienced rather a sharp drop in popularity among the English-speaking public. Literary theorists will tell you that authors lose control of the meaning of their text as soon as they share it with other readers.

Adams wrote, “The vast prospect of Mankind, which these Books have passed in Review before me, from the most ancient records, histories, traditions and Fables that remain to Us, to the present day, has sickened my very Soul; and almost reconciled me to Swifts Travels among The Yahoo’s. Yet I never can be a Misanthrope. Homo Sum. I must hate myself before I can hate my Fellow Men: and that I cannot and will not do. No! I will not hate any of them, base, brutal and devilish as some of them have been to me” (AJL 2:509)

The quote from Terence was deeply meaningful for many American patriots of the late eighteenth century because they conceived of their cause as embodying universal values. Jefferson wrote that all men were created equal (never mind his hypocrisy in his private life).

Josiah Quincy, Jr.(d. 1775), a co-counsel of Adams in the Boston Massacre trial, wrote “No King ever said to himself, Homo sum, nihil humani a me alienum puto.”

The sentiment that nothing is alien to us is a democratic sentiment in his view. It is kings who divide the world into subjects and foreigners and who cannot empathize with the latter.

And now we say as a nation, we are human, and no human is alien to us.