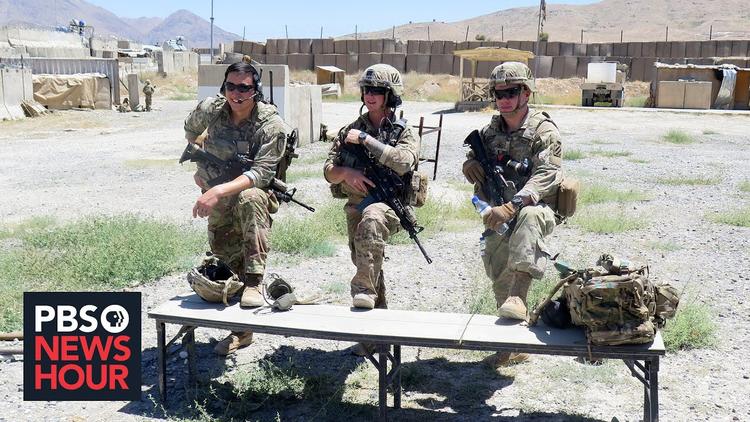 Ann Arbor (Informed Comment) – The Annual Threat Assessment of the US Intelligence Community is out. It has a Middle East section and a report on Afghanistan in the South Asia section.

Although the threat assessment aims at highlighting potential threats to the US and US interests, I am struck by how little their analysis of flashpoints in the Middle East throws up any real threats to America, as opposed to US troops abroad.

The report, at least what was made available publicly, has some gaps. I think the Israeli crushing of the 5 million militarily occupied Palestinians is a continuing security threat to the United States, since the rest of the world knows that Washington is complicit in it, and it fuels anti-Americanism. The Israeli occupation of Jerusalem was cited by Usama Bin Laden as one of three reasons he launched the 9/11 attacks.

I also think the Egyptian government’s extreme authoritarianism and disallowal of all dissent is dangerous and could eventually produce problems for the US, given how identified the US is with Cairo.

Since President Biden just announced a US departure from Afghanistan, let us begin there.

“We assess that prospects for a peace deal will remain low during the next year. The Taliban is likely to make gains on the battlefield, and the Afghan Government will struggle to hold the Taliban at bay if the coalition withdraws support.

I think we may conclude that the US intelligence analysts don’t have high hopes for the long term survival of of the Kabul government of Ashraf Ghani and his military.

Afghanistan is a country of about 36 million. The Afghan National Army (ANA) has 175,000 men under arms. It appears to be an almost completely infantry army. Globalfire says they don’t have a single tank. Admittedly, tanks are not all that useful in Afghanistan because they cannot navigate the rugged terrain, a lesson the Soviets learned to their dismay in the 1980s.

The essential equipment for fighting the Taliban effectively are helicopter gunships and drones, which are light and mobile and can follow them when they withdraw into the hills and mountains. The ANA does have 193 helicopters, the bulk of its air force, but no helicopter gunships according to Globalfire. It only has 23 attack aircraft of any sort.

Obviously, the ANA has been depending on the U.S. Air Force and has not developed its own. The likelihood is that even after the remaining US special forces troops are pulled out, the US will continue to supply at least drone support against the Taliban.

But it looks to me as though the US ought to have trained an air force and not just an infantry, and ought to have equipped the ANA better. President Biden is still going to sell the UAE $128 billion in sophisticated weaponry, but Washington seems not to be as interested in bolstering a key ally like Kabul.

The ANA costs about $5-$6 billion a year, most of it paid for by international donors (the U.S. pitches in almost $2 billion). If the donations fall off after the US and NATO are completely out, no one can imagine how Afghanistan could keep its military going at that scale. Afghanistan itself appropriates about around $250 million a year for the military. The whole annual government budget is only $5.55 billion, so about 5% of it is going to the military. In a desperately poor country, that is huge, but you’d have to shut down most of the military if that was its entire budget.

The Taliban have about 85,000 fighters and have control of about 20% of the country, though they have a presence in half the provinces. They are funded in part by narco-terrorism. They also export earth minerals and other valuable mined resources from the areas they hold, and they tax the people they de facto rule. Some money may come from Pakistan, since some rightwing generals in Islamabad see Muslim fundamentalism as a kind of Pakistani soft power that may offset Indian influence in Kabul. US intelligence is also now suggesting that Russia may have wanted the US out and paid the Taliban to increase US casualties. Then, Muslim fanatics in the oil-rich Gulf send an estimated $240 million a year in donations.

So the Taliban have a budget about a third that of the Kabul government.

As the US analysts point out, even though the Kabul government has a bigger military force that is better equipped and funded, they don’t win many battles. The Taliban have better esprit de corps, better morale, and are more committed on the whole to the cause. There are high rates of desertion from the Afghan National Army, and its troops are alleged to have high levels of drug use.

Let us turn briefly to some other issues raised by the security report.

The analysts freely admit that Iraqi Shiite militias continue to attack US targets and will go on doing so until they get an agreement from Washington to withdraw US troops from that country. This determination on the part of these militias to get the US was turbocharged when Trump assassinated Gen. Qasem Soleimani of Iran and Gen. Abu Mahdi al-Muhandis of Iraq in early January of 2020. The Iraqi government announced last week that the US military mission in Iraq is ending, and remaining troops will leave by next January after finishing up their training of the Iraqi army. These assertions have not been confirmed by the Biden administration.

The Biden administration should listen to the analysts and just get out of Iraq as well. The other members of NATO seem to be ready to send 4,000 troops as trainers and support staff for the Iraqi army as it mops up ISIL.

Note that while ISIL is a continuing threat to the US mainland, the Iraqi Shiite militias just want US troops out of their country.

The analysts think Libya’s new national unity government will be fragile and that some fighting among the various factions will continue. Those factions are divided between pro-Turkey and pro-Russia, and some of the fate of Libya will depend on whether Moscow and Ankara stand by their cease fire agreement. The analysts do not say what the US national interest in all this is. Libya is an oil producer, but the contracts are held by Italy and Spain, etc. The recent civil war has prevented Libya from exporting much oil. Since President Biden wants to move America to electric cars, the US does not have an interest in foreign petroleum in the medium to long run.

US intelligence believes that Syria will experience economic decline and humanitarian crises. The analysts admit that President Bashar al-Assad controls most of the country, but say he faces a residual insurgency that includes Muslim extremists, and he faces Turkish troops on Syrian soil.

It is only with regard to Syria that the analysts say that “Terrorists will try to launch attacks on the West from their safe havens in the country.”

While ISIL has not disappeared, its capacity to launch attacks has been substantially degraded. I don’t think the extremists in Idlib want to attack the United States. Even the al-Qaeda affiliate is mostly interested in holding territory inside Syria and is now locally oriented. You’d think if they wanted to attack anyone it would be the Russians, who defeated them and bottled them up in Idlib.

So here is one place I disagree with the analysts. While Syria’s terrorist groups are dangerous, I would assess the likelihood of attacks on the US mainland by them as low. The small contingent of US troops in southeast Syria is, of course, vulnerable. Therefore, they should be withdrawn.

Syria is another place where the US has no national interest whatsoever. It is poor, ramshackle, and lacks natural resources. The US should get out militarily but remain available to play a diplomatic role. Rather than interfere with Syrian reconstruction via heavy sanctions, the US should use aid as a carrot to move the needle in directions it favors.

PBS NewsHour: “Will the withdrawal of U.S. troops enable the Taliban? Three Afghanistan experts weigh in”