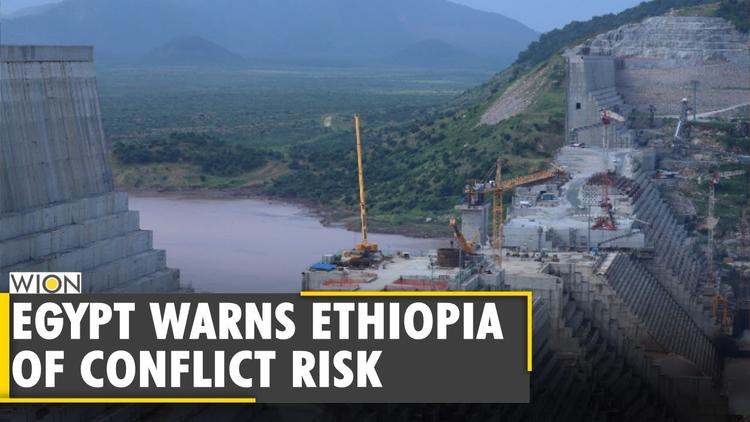 ( Sustainability Times) – Renewable sources have the power when it comes to the energy future of East Africans, but they also may prove a solution to a complicated diplomatic and geopolitical problem.

That’s according to scientists at Belgium’s Vrije Universiteit Brussel, who say that adding solar and wind energy sources to operate in concert with the new Grand Ethiopian Renaissance Dam (GERD) would support the hydropower that Ethiopia is banking on, without disrupting the flow of the Nile River on which Egypt and Sudan depend.

Construction on Ethiopia’s huge hydropower dam began a decade ago and is now near its completion; Prime Minister Abiy Ahmed and his government began filling the dam last year. The US$4.8 billion hydropower project is meant to deliver 15,000 GWh in much-needed energy for Ethiopians, who are counting on that energy to boost development and reduce poverty.

But the Blue Nile also winds its way through Sudan, joining the White Nile in the capital city of Khartoum before flowing into Egypt’s territory through Cairo and then reaching the Mediterranean Sea at Alexandria. Both countries rely on the highly seasonal Nile River resources for drinking water, agriculture and other activities.

The disputes over the dam now span years, with Ethiopia insisting that all parties stick to a 2015 deal while Egypt relies on a 1959 agreement that protects its water rights. Ethiopia refuses to yield and argues that it doesn’t need permission from other nations to chart the course of its own transformation, even as those water rights become more critical in the context of an uncertain climate future.

On occasion, the tenor of the three-way dispute has leaned toward threats of military intervention. Sudan now warns of legal action. Successive rounds of negotiations within the international community – most recently with the African Union – continue to fail.

What the scientists in Belgium realized after intense modeling is that “the sun shines brightest and the winds blow strongest” during the regional dry season, which means that Ethiopia could still benefit from the GERD hydropower while protecting downstream river flow if it installed solar and wind resources to take advantage of the seasonal shifts.

There would be less hydropower during the dry season and more during the wet season while still maintaining energy output. The water flowing out of the dam would be similar to the river’s own natural flow.

“Essentially, Ethiopia would have all the expected benefits of a big dam,” says Sebastian Sterl of VUB, the lead author on the GERD research published this month in the journal Nature. “But for Sudan and Egypt, it would look as if the Ethiopians only built a modest, relatively small reservoir. There are many such reservoirs already on the Nile, so no country downstream of Ethiopia could really object to this.”

Better still are the benefits arising from a cooperative approach that ends the regional conflict. Ethiopia could still become Africa’s largest exporter of power but reduce its costs and its reliance on hydropower. Sudan would decrease its reliance on fossil fuels, and Egypt would have more water when it needs it. Above all, the ecology of the Nile River would see fewer impacts from Ethiopia’s dam.

“You could call it a win-win situation,” says VUB climate researcher Wim Thiery. “The entire region would benefit.”