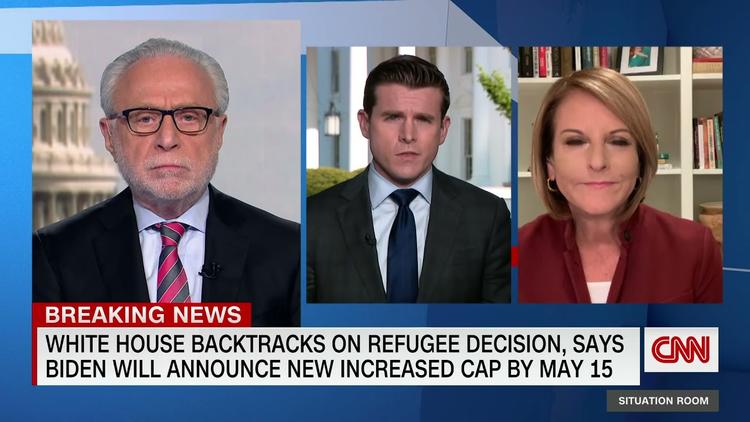 Ann Arbor (Informed Comment) – About one quarter of one percent (0.25 percent) of the US population consists of refugees — some 838,000.

This minuscule number was too much for the white supremacist Trump administration, which drastically cut back refugee admissions from an average of 70,000 to 80,000 per year earlier in this century to only 30,000 in 2019 and to only 18,000 in 2020. (The pretext for the latter was the pandemic, but I think we know the real reason).

President Biden came under pressure from his own party activists to reverse Trump’s heartless policy, especially since Biden had campaigned on doing so. He now aims to recognize 62,500 asylum-seekers as refugees by October.

Mind you, Pew reports that Trump did not actually cut down on immigration in general very much. It was only desperate asylum-seekers that he barred. In 2019, 710,000 people received lawful permanent residence status in the US through family sponsorship. In all, about a million people were let in, which is par for the course in the US.

That is, Trump’s anti-immigrant rhetoric had little practical effect in most sectors of immigration. He was fine with well off people coming in, in droves.

He denied the most miserable and needy applicants, that is, the asylum-seekers. You might call it the sadism immigration policy.

The US, despite priding itself as a refuge for the huddled masses, does very little for asylum-seekers compared to many of its industrialized peers, and does less even than some developing countries.

The UN High Commission for Refugees estimates that there were 80 million forcibly displaced people around the world as of last summer, a little over half of them internally displaced, and the rest of them forced abroad. Some 30-34 million are children.

An average of one person is displaced every 2 seconds. Despite what you think, it could at any moment be you.

About 26.3 million have been granted refugee status, and another 4.2 million are still only pressing such a claim, and so are considered “asylum-seekers.”

ConcernUSA.org explains, “Refugee is the classification for someone who is forced to flee their country of origin due to conflict, violence, or persecution. They are unwilling or unable to return based on a demonstrable threat due to their race, religion, political stance, or social status.” In international law, because of the danger to the refugee of being returned to the country of origin, this process or “refoulement” is forbidden. The Trump administration thumbed its nose at this principle of international law, however.

ConcernUSA.org defines the next category this way: “Asylum-seeker is the classification for someone who is seeking international protection from danger in their country of origin, but whose claim for refugee status hasn’t been finally decided. Every refugee begins as an asylum-seeker, but not every asylum-seeker will be granted refugee status.”

Most of these externally displaced people, some 67%, come from just five countries. Some 6.6 million are from the Syrian Arab Republic, 3.7 million from Venezuela, 2.7 million from Afghanistan, 2.3 million from South Sudan and 1 million from Myanmar.

Some 39% of those displaced abroad are hosted by just five countries, mostly neighbors of the country from which people have been violently expelled. Turkey has 3.6 million Syrian displaced people (DPs). Columbia has taken in 1.8 million, largely Venezuelan DPs. Pakistan still has 1.4 million Afghans. Uganda hosts 1.4 million DPs. Germany has taken in 1.1 million DPs.

Despite the hype by white supremacists in the US and Europe about invading hordes of black and brown displaced people, 86% of DPs are hosted by developing or by the least developed countries. That’s right, of the tens of millions of Externally Displaced People (EDPs), only 14 percent are taken in by the rich countries.

Some wealthy states are exemplary. Sweden takes in more refugees than most of its wealthy peers, and 2.7 percent of its population is refugees. In Germany, 1.5 percent of the population are refugees.

The US can and should do more, and better. The refugees America has taken in have been among its most productive and outstanding citizens. Moreover, our gargantuan carbon emissions and our military conflicts have themselves created many DPs. We owe them. We owe humanity.