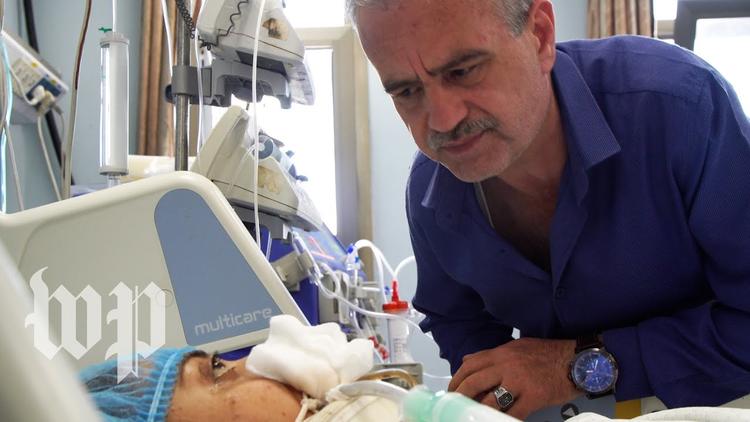 Human Rights Watch – (Geneva, May 27, 2021) Once again, this Council gathers to address the latest cycle of violence in Israel and the Occupied Palestinian Territory.

We could go through the statistics – hundreds of Palestinians, including dozens of children, killed in Israeli airstrikes; at least a dozen civilians in Israel killed by indiscriminate Hamas rocket attacks; the destruction of civilian infrastructure, including large apartment and office buildings; the worsening of the humanitarian crisis in Gaza.

But we have been here before, and tragically, we will be here again, unless three things change:

First, address root causes: UN Secretary-General Guterres reminded us “these horrific events did not arise in isolation. They must be viewed in the context of decades of military occupation … and a failure to address the core issues at the heart of the conflict.” Five UN Special Procedures have elaborated, urging the international community to “act decisively to address the underlying source of the conflict: the denial of collective and individual rights to the Palestinian people.”

Second, call it what it is: for decades, Israeli authorities have imposed systematic and discriminatory repression in the Occupied Territory, including unrelenting land grabs, regular home demolitions, unchecked expansion of illegal settlements, and deliberate confinement of many Palestinians to under-resourced and overpopulated enclaves, in pursuit of a policy to maintain the domination of one racial group over another. That’s apartheid and persecution, and these are crimes against humanity.

Third, end impunity: Israeli authorities have no incentive to exercise restraint or dismantle the structures of apartheid and persecution as long as they know that their Western enablers will do what they can to shield them from meaningful consequences. In the midst of the current conflict, Prime Minister Netanyahu told Israeli border police: “We hear talk of apprehension over [future] commissions of inquiry, investigations, inspections – we will give you all the tools to protect yourself and the citizens of Israel. You have our full backing, do not be afraid.”

Western states have rightly supported every accountability mechanism created by this Council in recent years – on Syria, Yemen, Burundi, Myanmar, Belarus, Venezuela. Only on Israel and the OPT have they failed consistently to advance accountability. This session will be a test of the EU’s commitment to the values it professes. A Special Session has no agenda item, so there is no item 7 procedural shield to hide behind.

This Council, today, needs to create a standing mechanism – because the problems are systemic, long-lasting and won’t be solved overnight – to advance meaningful accountability and address root causes. We can, and should, condemn violations of international human rights and humanitarian law by all parties. But it’s also time to face the reality unfolding before our eyes, and take a principled stand.

When it comes to ending the crimes of apartheid and persecution, there are no bystanders.

Washington Post: “Israel killed 14 of his family members in Gaza. Now he fears he will lose his wife too.”