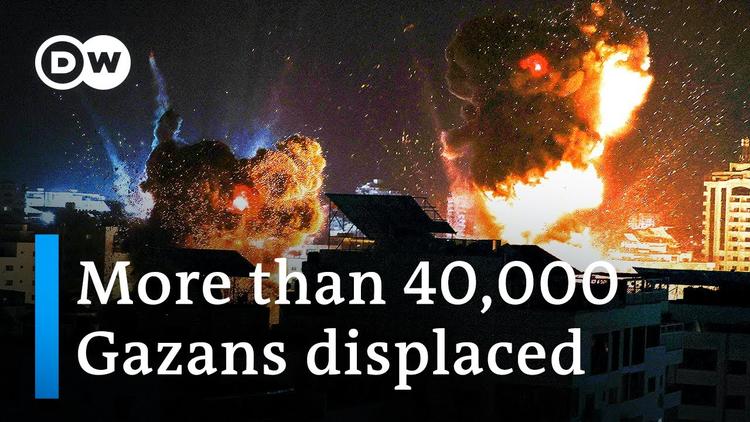 Israel is the most powerful state in the Middle East. Its military forces may not match the likes of Egypt or Turkey in numbers, but the might of its training, equipment, technologies and nuclear weapons make it unassailable. Given its long-developed capabilities in public order control, such a position should also apply to its control of radical dissent within its own borders, as well as in the Palestinian occupied territories.

Gaza may not be occupied in the conventional sense but it is a small territory with 2 million people living behind borders controlled by Israel. It lacks a port, its sole airport was destroyed many years ago and its Mediterranean coastline is patrolled by Israelis at all times. It is essentially an open prison.

The Israeli prime minister, Benjamin Netanyahu, has persistently claimed that his country is indeed safe, that it has nothing to fear from the Palestinians, and that the Israeli settlements in the West Bank, especially in East Jerusalem, can and should expand, not least as Israel has established good relations with key Gulf states.

With all this – and US president Joe Biden’s continuing assertion that “Israel has the right to defend itself” – the country should feel safe and secure. But in practice it doesn’t. Instead, an apt summary is of a state that is impregnable in its insecurity. It is impregnable in the sense that it cannot be defeated, but insecure in that the underlying threats will not go away – as is evident in the current violent confrontations.

The key element of recent weeks has been the repeated incursion of the Israeli police into al-Aqsa mosque. That will have a far deeper and more longer-lasting effect than is currently recognised in the west.

The Israeli actions at al-Aqsa were extensive and stretched over a month starting on April 13, the first day of Ramadan, when police reportedly entered the mosque’s courtyard and cut the cables to loudspeakers in its four minarets. It has been suggested this was to prevent the call to prayer interfering with a speech due to be given by Israeli president Reuven Rivlin nearby.

This contributed to increasing Palestinian anger and more demonstrations especially at the Damascus Gate and the mosque itself. As tensions rose and Hamas threatened rockets in response, the violence escalated to the evening of Friday May 7 when, as the New York Times put it, “police officers armed with tear gas, stun grenades and rubber-tipped bullets burst into the mosque compound shortly after 8pm, setting off hours of clashes with stone-throwing protesters in which hundreds were injured, medics said.”

Three days later the police repeated the operation as the violence escalated further. Later that day the first of the Hamas rockets were fired from Gaza.

Israel’s problem in Gaza is that it cannot prevent the rockets being fired without a military ground force intervention. However, the last time it sent in troops, during “Operation Protective Edge” in July 2014, they came up against determined paramilitaries who knew the urban areas intimately and had long trained in urban guerrilla warfare.

Over the course of that 2014 conflict, the Israelis lost 68 troops, while several hundreds were left wounded, some maimed for life. Yet, when a ceasefire was eventually agreed, IDF sources accepted that Hamas still had 3,000 rockets available, an arsenal that will have increased massively in the past seven years.

IDF leaders may believe that they have since prepared their forces much more effectively for ground operations. However, that same belief after the 2008 “Operation Cast Lead” conflict didn’t stop them failing six years later.

Prior to the events of the past month, Netanyahu had worked hard to convince Israelis that the Palestinians had been defeated and Israeli Jews could feel secure. This narrative was supported by a 40-year shift to the right in Israel, propped up by the influx of close to a million migrants from Russia and Ukraine in the 1990s, who were understandably determined to be secure in their new country. It was also aided by the near-wholesale privatisation of the Kibbutz and Moshav cooperatives across Israel that had often provided a more liberal outlook.

Furthermore, the idea that the Palestinians had lost and had to get used to it was promoted vigorously by sectors of the Israeli lobby in the US, most notably the Middle East Forum. And the many millions of Christian Zionists in the US are an ever-present influence on aspiring politicians, both Republican and Democrat.

Whatever happens now, three elements must be factored in. One is that Netanyahu is fighting for his political life and he therefore presents himself as the only politician who can protect Israel. What is happening is very useful for him, even if some of his coalition partners are angered and even afraid of the consequences, not least the serious civil disturbances within Israel and the growing political power of Arab Israelis.

The second is that the mosque incursions are already having an impact across the Islamic world from Indonesia to Morocco and beyond, increasing public support for the Palestinians even if autocratic rulers across the Middle East prefer to deal directly with Israel and ignore the Palestinian predicament.

The final element is something you won’t often see discussed, but is my reading of the situation as it stands now. The Israeli government is reluctant to undertake any direct occupation of Gaza, however short-term. It will therefore use its current military actions as an essential opportunity to learn how to maximise the impact of strike aircraft, armed drones and artillery – but not ground troops – putting into practice what it learnt from its failures in 2014.

The blunt reality is that weapons designers, strategists and corporations throughout the world will also be watching and learning. In my view this is all part of the global transition to remote warfare, and from that perspective, Gaza, with all its deaths and injuries, is little more than a useful experiment.