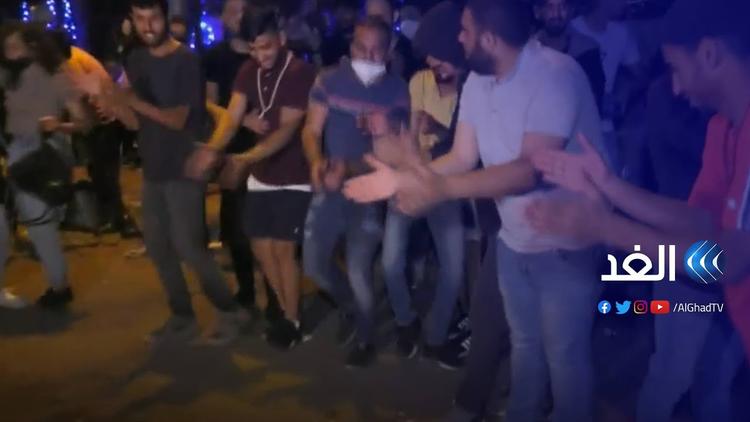 Not long after the ceasefire between Israel and Hamas came into force on Friday May 21, members of the Israeli Defence Force (IDF) entered the al-Aqsa mosque in East Jerusalem, reportedly using teargas and stun grenades to disperse Muslims praying there.

Over the weekend, IDF personnel escorted Jewish visitors to Temple Mount, which occupies the same site as al-Aqsa and holds special religious significance as the site of the biblical temple. The waqf, or Islamic authority that controls the site, said the IDF had cleared young Palestinians from the site and barred entry to any Muslims under the age of 45. It was reported that a small number of Muslim protesters were detained. Details remain unclear.

The incidents have been reported as attempts at provocation. Over the years, al-Aqsa mosque has been a flashpoint for violence between Israelis and Palestinians and was the site of the outbreak of the second intifada uprising in 2000. This occurred after Ariel Sharon – the then prime minister of Israel – visited the site with a heavily armed defence-force escort, not long after peace talks at Camp David with then Palestinian leader Yasser Arafat had failed. The five-year uprising cost an estimated 3,000 Palestinian lives.

As a PhD researcher in political science, I have been in East Jerusalem interviewing people and trying to understand various methods of control used by the Israeli government for regulating the Palestinian population in the city. I have been observing the actions of young Palestinian activists and have been impressed by the ways in which many have avoided turning to violence, instead using peaceful forms of protest to make their point to the watching world media.

This was manifested in the early days of Ramadan (April 13 to May 12) when Israeli border police installed metal barricades at Damascus Gate Square. These gates restricted people’s movement and made it impossible for local street sellers to carry on their business. It also prevented Palestinians from sitting on the steps in the square itself, which is a traditional meeting place after evening prayers during Ramadan.

So young Palestinian activists gathered in crowds in and around the square. As I watched, young activists faced off against Israeli police stationed at the barricades, singing songs and performing gymnastic exercises. Looking on, the Israeli police seemed unprepared. Neither their kit nor their rules of engagement equipped them for dealing with this form of peaceful protest.

So they used teargas and stun grenades to clear the areas. They also sprayed the demonstrators with foul chemically synthesised water, which leaves an unpleasant smell in peoples’ clothing that is hard to remove. They used mounted police to chase down, intimidate and disperse young protesters. I watched this happen from the balcony of a nearby restaurant whose owner is a friend of mine. Another friend, who was among the protesters, was sprayed with the foul water.

Protesters kept regrouping and returning. For two weeks they carried on with these demonstrations. On April 26, the Israeli authorities gave in to pressure and removed the barriers, allowing Palestinians to return to their traditional gatherings in the few days left of the holy month.

Meanwhile, May 17, the date allocated by the Israeli District Court for settlers to evict and replace several Palestinian families from their homes at the nearby neighbourhood of Sheikh Jarrah, was getting ever closer. Israeli authorities have misleadingly described this as a “real estate dispute”.

But it is widely viewed among Palestinians as a deliberate act of “ethnic cleansing” to change the demographic of this traditionally Muslim Arab neighbourhood. Settlers had been reportedly intimidating and attacking the families and demonstrators, often with the support of Israeli security forces.

Settlers reportedly resorted to both legal and violent extra-legal means, for example, spraying pepper at demonstrators preparing for iftar, the Ramadan breakfast meal. Once again, Palestinian activists who gathered to offer support to families slated for eviction, avoided violence, dancing the dabke and singing patriotic songs.

These activists also used social media well, regularly posting details and information on Twitter – see the hashtag #SaveSheikhJarrah – as well as Facebook and TikTok to expose aggression by settlers and explain the legal issues behind the attempted evictions.

As a result of the global attention focused on the eviction attempts and the level of support for the Palestinian families under threat, the prime minister, Benjamin Netanyahu, ordered the eviction proceedings in the supreme court to be frozen on May 9.

Similarly, Israeli authorities realised that routing the “flag march” through the Muslim quarter of Jerusalem via the Damascus Gate against a background of such tension risked further violence and condemnation from the watching world. So the march was rerouted to pass through the Jaffa Gate instead of Damascus Gate, keeping marchers closer to West Jerusalem, almost on the 1967 border line.

It seems that these peaceful demonstrations were at least part of the reason that an explosion of violence was mostly avoided in Jerusalem at this time. I like to think of it as the “Jerusalem spring”.

But Israeli national politics suddenly reared its ugly head. Netanyahu was realising that after the March 23 election, he would be unable to form a government. Israel’s president, Reuven Rivlin, had asked opposition politician Yair Lapid to form a coalition with the defence minister, Naftali Bennett, which would have meant Netanyahu losing power.

Against this background, Israeli police raided al-Aqsa mosque. There have been reports of retaliatory violence by Muslims in the mosque, including the throwing of petrol bombs by young activists. But I was there that day and saw nothing.

Meanwhile, Hamas fighters started to launch missiles into Israel from Gaza, prompting massive Israeli retaliation. For 11 days, the world’s attention was on the tiny Palestinian enclave where 2 million people were under almost constant bombardment from Israeli airstrikes.

But on May 18, Palestinians in East Jerusalem staged a one-day strike. Again, this was peaceful. Creative protests during the strike included organising chess competitions in the street outside the homes of families threatened with eviction.

After global pressure, Hamas and Israel agreed to a ceasefire on May 21. As we now know, within hours Israeli security forces had entered al-Aqsa and used force to disperse people praying. The provocation continues, but we can only hope that peaceful demonstrations will prevail and avoid another outbreak of violent conflict in this divided city.