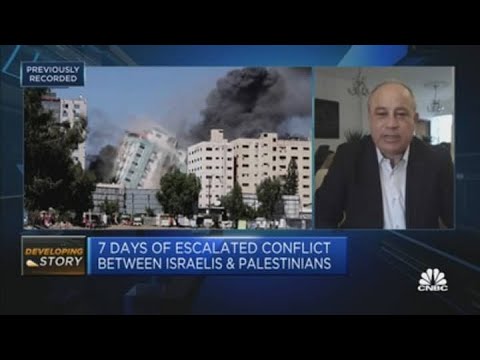 It’s generally reckoned to be one of Donald Trump’s few major foreign policy achievements. On August 13 2020, the United Arab Emirates (UAE) and Israel signed a historic agreement normalising relations between the two states, and in the weeks that followed, other Arab states followed Abu Dhabi’s lead in what became known as the Abraham Accords.

The accords, which have now been ratified by UAE, Bahrain, Morocco and Sudan, were hailed by many as a major diplomatic breakthrough in Arab-Israeli relations, recognising – as they did – “each state’s right to sovereignty and to live in peace and security”. Yet, although the accords expressed the need to continue “efforts to achieve a just, comprehensive, and enduring resolution of the Israeli- Palestinian conflict”, most observers recognised the agreements as another step in the broader abandonment of the cause of Palestinian statehood, simply through normalising relations without a resolution of the Palestinian question.

As one analyst put it:

In the absence of progress or any realistic hope of achieving [Palestinian statehood], standing by the Palestinians has ceased to be a priority for the Gulf monarchies in the face of clear and present threats from Iran, Turkey and the Muslim Brotherhood, combined with the emergence of common economic and security interests. Relations with Israel have simply become more urgent than the Palestinian question.

This calculation was made against the backdrop of uncertainty ahead of the November US presidential election. Now, less than nine months later, as Israelis and Palestinians enter a new round of violence, questions about the abandonment of the Palestinian cause by signatories of the accords have begun to emerge.

The latest violence and airstrikes against Gaza have been afforded blanket coverage on international news outlets and have provoked serious criticism at signatories for their lack of support for Palestinians. As you would expect, there has been condemnation of Israel’s actions in Jerusalem and Gaza from all Arab states. But it has typically been “very weak” among signatories to the accords.

As the violence has increased, official responses from states who normalised relations with Israel have largely been absent. Meanwhile, in the UEA – which has very strict regulations on social media activity – prominent influencers in the UAE have praised Israeli behaviour, even during the storming of the al-Aqsa mosque – the third holiest site in Islam.

Wassem Yousef, a prominent Emirati cleric, posted a number of tweets blaming Hamas for the escalation, referring to the increasing violence as an “epidemic”. The cleric has previously declared that Palestinians do not “really deserve Jerusalem”, expressing support for Emirati normalisation with Israel.

A strong concern for the UAE – and other signatories to the accords – is the fear about the proliferation of Islamist groups across the region, with a particular focus on the Muslim Brotherhood. This was clear after the Arab Spring uprisings and the counterrevolutionary measures taken to bottle up fundamentalism. So curtailing the actions of Hamas – which possesses intellectual and theological ties with the Brotherhood – is an important feature of Abu Dhabi’s broader world view.

But the absence of serious criticism of the Israeli response may also open up unrest among their populations. According to a recent survey on the normalisation of ties with Israel, ordinary citizens have low levels of support for such developments. In Lebanon, where far the highest level of support for normalisation is found, only 20% favoured peace. Elsewhere, support was under 10%, with only 3% of Jordanians supporting normalisation.

This doesn’t mean any of the states concerned will fully withdraw, given the benefits to be gleaned from maintaining relations. But the optics of providing visible support to Israel at a time when Gaza is under bombardment are potentially damaging. What this suggests is a possible return to the days prior to the accords when relations between Israel and the Arab states conducted their relations behind closed doors.

Meanwhile Iran and Turkey, which strongly criticised the accords as “dagger in the back” of all Muslims and a “betrayal” of the Muslim world, have reacted strongly, with both Ankara and Tehran roundly condemning the violence.

In doing so, the countries – which have strong economic and trade ties – are speaking the words many across the Middle East wished their own leaders would use to condemn Israeli violence. Once again, the Palestinian cause has become a tool through which regional powers can derive legitimacy.

Conspicuous by his absence is the US president, Joe Biden. Less than six months into his presidency, the Biden administration has embarked on a bold foreign policy, engaging in dialogue with Iran over the nuclear deal, and working to resolve the Yemen crisis.

Yet the failure to engage with the Israel-Palestine question lays bare the deep schisms in US politics – where the Israel Lobby continues to exert huge influence – and the legacy of the Trump regime. Undoing Trump’s empowerment of the right-wing of Israeli politics is far trickier than undoing his other policies.
All the while, ordinary Palestinians in Gaza, the West Bank and East Jerusalem continue to pay the heaviest price.

CNBC International: “Gulf countries should use the leverage they have over Israel, expert says”