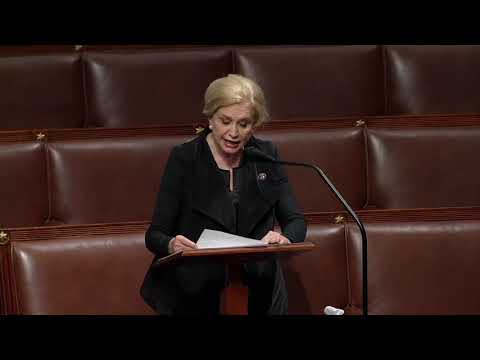 Ann Arbor (Informed Comment) – Jacob Pramuk at CNBC reports that Senate Majority Leader Chuck Schumer and the Biden White House are backing an attempt to repeal the 2002 Authorization for the Use of Military Force that allowed the Bush administration to launch the Iraq War.

The repeal is driven in part by the Trump administration’s use of the 2002 AUMF to justify its January, 2020, assassination of Iranian Gen. Qasem Soleimani, then head of the Qods Brigade of the Iranian Revolutionary Guards Corps, at Baghdad International Airport. Biden’s White House maintains that the US is no longer engaged in any military activities requiring the 2002 authorization. The US is down to only a couple of thousand troops in Iraq, who appear mostly to be engaged in training Iraqi troops or helping with mop-up operations against the remnants of the ISIL terrorist mini-state in northern Iraq.

A standing authorization for the use of military force such as those passed in 2001 (regarding the September 11 attacks) and 2002 is a very bad idea and probably unconstitutional. The constitution makes Congress responsible for declaring war, and Congress in the modern era has a bad habit of turning over its prerogatives to the president.

Not only should the Iraq War authorization be repealed, but it should be apologized for, since it was full of embarrassing untruths that permanently stain America’s escutcheon. Let us just review a few of them. The text of the AUMF is here.

Let us take this paragraph:

“Whereas Iraq, in direct and flagrant violation of the [1991] cease-fire,
attempted to thwart the efforts of weapons inspectors to identify
and destroy Iraq’s weapons of mass destruction stockpiles and
development capabilities, which finally resulted in the withdrawal
of inspectors from Iraq on October 31, 1998;”

These allegations are completely false. The Iraqi government may not have been happy about it, but it did cooperate with the United Nations inspectors and destroyed all of its chemical and biological weapons and dismantled its small and unsuccessful nuclear weapons program.

Further, President Bill Clinton was the one who pulled out the inspectors in fall of 1998, since he was pressured by the warmongers of the New American Century and the Neoconservatives into bombing Iraq at that time and did not want to kill the inspectors by mistake. The warmonger party’s ploy was very successful, since the inspectors were not put back in after Clinton’s bombing raid, which allowed those who wanted an Iraq War to make up sh*t about Iraq having ongoing weapons programs (it didn’t).

For these reasons, the following paras. are also just out-and-out lies:

“Whereas in Public Law 105-235 (August 14, 1998), Congress concluded that Iraq’s continuing weapons of mass destruction programs threatened
vital United States interests and international peace and security,
declared Iraq to be in “material and unacceptable breach of its
international obligations” and urged the President “to take
appropriate action, in accordance with the Constitution and relevant
laws of the United States, to bring Iraq into compliance with its
international obligations”;

Whereas Iraq both poses a continuing threat to the national security of
the United States and international peace and security in the
Persian Gulf region and remains in material and unacceptable breach
of its international obligations by, among other things, continuing
to possess and develop a significant chemical and biological weapons
capability, actively seeking a nuclear weapons capability, and
supporting and harboring terrorist organizations;”

Iraq was by 2002 completely toothless and posed no danger whatsoever to the United States. These are paranoid ravings much worse that the QAnon conspiracy craziness.

Then there is this gem:

“Whereas members of al Qaida, an organization bearing responsibility for attacks on the United States, its citizens, and interests, including the attacks that occurred on September 11, 2001, are known to be in Iraq;”

There was no al-Qaeda in Iraq in 2002. None, nada, zilch, zero. Saddam Hussein’s secular nationalist regime was afraid of al-Qaeda. It is true that Abu Musab al-Zarqawi, the Jordanian terrorist, had slipped into Iraqi Kurdistan, but the Saddam regime did not control that area. Saddam’s domestic intelligence launched a manhunt for Zarqawi and shook down the expatriate Jordanian community in Iraq for information about his whereabouts. A all-points bulletin warned that he was dangerous and had in Afghanistan known “the Saudi terrorist Usama Bin Laden.” Zarqawi, however, was not al-Qaeda, and had his own tiny organization, al-Tawhid. Colin Powell later told fairy tales about Saddam aiding al-Zarqawi, which was another lie.

The Bush administration and the Republicans in Congress who wanted a war on Iraq made up this bullshit because they wanted the public to associate Saddam Hussein with 9/11 so as to justify what was actually a war of naked aggression over oil resources.

“Whereas Iraq’s demonstrated capability and willingness to use weapons of
mass destruction, the risk that the current Iraqi regime will either
employ those weapons to launch a surprise attack against the United
States or its Armed Forces or provide them to international
terrorists who would do so, and the extreme magnitude of harm that
would result to the United States and its citizens from such an
attack, combine to justify action by the United States to defend
itself;”

Since Iraq had no chemical, biological or nuclear programs or weapons, it could not have turned those weapons on the United States and it was silly to think they could. Chemical weapons are defensive, not offensive, and that the Iraqis used mustard gas on the Iranian troops at the front in the Iran-Iraq War of 1980-1988 is no proof that they could use chemical weapons against the US. Biological weapons are impossible to unleash without endangering the attacking country as well, aside from which Iraq had no biological weapons. As for nukes, Iraq couldn’t have so much as made one of those glow in the dark Mickey Mouse watches– it had no nuclear program.

Moreover, Congress is using UN resolutions to underpin the case for a war of aggression by the US against Iraq. That is rich, because Congress ignores UN resolutions condemning the Israeli occupation of Palestinian territories. Moreover, the UN Security Council refused to authorize a US war on Iraq. Appealing to the very authority that forbade the war as justifying launching the war is the height of hypocrisy.

So, yes, by all means repeal the miserable pack of lies. But also apologize for it.