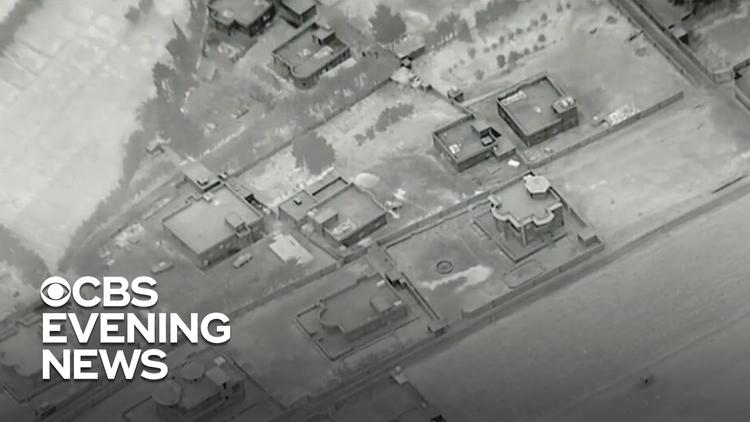 Ann Arbor (Informed Comment) – Al-Quds reports that Shiite militias in Syria fired several rockets or artillery shells at the US military base in the al-`Umar oil field in Deir al-Zor province in southeastern Syria on Monday evening, in response to Sunday’s US bombing raids on Iraqi Shiite militias on the Syria-Iraq border. There were no reported casualties on Monday. Sunday’s air strikes by the U.S. killed five militiamen and wounded several others according to Iraq’s Popular Mobilization Forces.

Although Secretary of State Antony Blinken said that Sunday’s bombing raids were for the purpose of deterrence, you cannot in fact deter guerrilla groups from the air, and the Shiite militias clearly have not in fact been deterred.

Also on Monday, Iraqi Prime Minister Mustafa al-Kadhimi, a strong ally of the U.S., rebuked Washington for Sunday’s air strikes, considering them “a naked violation of Iraqi sovereignty.” He added, “Iraq renews its refusal to be an arena for score-settling and clings to its right to sovereignty over its territory and to prevent its use as an arena for reprisals and attacks,” calling for “calm and avoiding escalation in all its forms.”

Although al-Kadhimi, who does not get along with the Shiite militia leaders, may not have been personally so outraged at the US bombing as he let on, many politicians in the Iraqi parliament deeply resented seeing President Biden bomb their country. Moreover, the general public is open to the argument made by Iraqi Shiite militias after Sunday’s strikes that the US is attempting to keep Iraq weak so as to dominate it. They also allege that the US is implicitly helping the ISIL terrorists by interfering with border operations of the Popular Mobilization Forces.

Some Congressional Democrats such as Chris Murphy also objected to President Biden’s bombing raids on Syria, saying that the Constitution gives only Congress the power to authorize acts of war. The House of Representatives recently voted to repeal the 2002 Authorization for the Use of Military Force that allowed the Iraq War and most subsequent US military operations in the Middle East. That document, however, focused on the Saddam Hussein regime in Iraq, and moreover was full of false allegations that Iraq had chemical and biological weapons and an advanced nuclear weapons program.

The Syrian press said that the U.S. military personnel at two bases in Deir al-Zor responded by firing rocket bursts toward Syrian military outposts and those of its allies. The US military presence in Syria is of doubtful legality, and Trump put troops in that area to help exploit Syrian petroleum, which is a war crime.

The Syrian Army lost most of its troops to defections during the Civil War 2011-2020, but got help from Lebanon’s Shiite party-militia, Hezbollah, and from Iraqi Shiite militias formed in 2014 to fight the ISIL terrorist organization in Iraq.

“The American forces launched missile bursts from two bases in the Al-Omar and Koniko field near the city of Al-Busaira in the northeastern countryside of Deir Ezzor, which is under the control of the “Syrian Democratic Forces” towards the areas controlled by the Syrian regime and loyal forces south of the city of Al-Mayadin in the eastern countryside of Deir Ezzor.”

The sources confirmed that “the Syrian Democratic Forces directed heavy machine gun fire toward the river crossing on the outskirts of the town of Al-Shuhail, and targeted a facility of the Syrian regime’s army in the town of Buqras in the eastern countryside of Deir Ezzor, in conjunction with the missile bombardment by the American forces, whose helicopters flew at a low altitude in the area, in addition to the presence of drones in the air.”

Iraqi Shiite militias have sometimes subjected bases in Iraq housing US troops to mortar and rocket fire. Such an attack in March, 2020, killed two U.S. military personnel and one British, leaving 14 coalition personnel wounded. Since then, the Shiite militia attacks have not killed uniformed military servicemen, but they have been a form of harassment.

The Biden administration was replying to these attacks in Iraq by blowing up the storehouses of militias such as the Brigades of the Party of God and the Brigades of the Lord of Martyrs on the Iraq-Syria border, where the Shiite militias have been attempting to stop ISIL remnants from moving between the two countries.

In February, 2020, after Trump killed an Iranian general and an Iraqi one (leader of the Brigades of the Party of God), the Iraqi parliament passed a strict decree demanded a US withdrawal of its troops from Iraq. Parliament left the timetable in the hands of the prime minister. PM Mustafa al-Kadhimi negotiated a reduction from some 5,000 US troops to 2,500 last year, but the Shiite militias, which are also political parties with representation in parliament, believe that the US is now occupying Iraq militarily since Washington was asked to leave but did not.

In 2018 the Iraqi parliament recognized the Shiite militias as a National Guard, so that they are part of the Iraqi military architecture. The US is in the untenable position of trying to train one part of the Iraqi military (the regular army) while fighting with another part (the Shiite militia national guard). This contradiction was created by Trump’s reckless assassination of Gen. Qasem Soleimani of Iran and Gen. Abu Mahdi al-Muhandis of Iraq in early January of 2020.

CBS Evening News: “No injuries in rocket attack on U.S. troops in Syria”