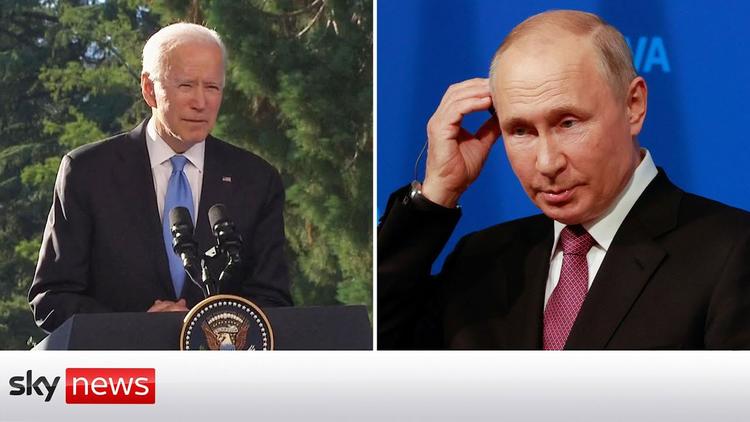 Belgrade (Special to Informed Comment) – The results of the historic summit between the US President Joe Biden and his Russian counterpart Vladimir Putin, held in Switzerland on June 16, will be felt for some time. Officially, the two leaders discussed Syria, Libya, Iran, Afghanistan, Ukraine, hacking and “strategic stability”, but what they agreed during the “unofficial” part of their meeting – except that the two countries’ ambassadors will return to their workplaces in Moscow and in Washington – will become clear once the world starts facing a new geopolitical reality.

According to the US President, Putin told him that Moscow was prepared to help in Afghanistan and Iran, but said he would not go into detail. In addition, the two leaders reportedly pledged assistance to enhance security and economic stability in Syria and Libya. As Biden pointed out, they “share a unique responsibility to manage the relationship between two powerful and proud countries, a relationship that has to be stable and predictable.” But what exactly does that mean?

Russia sees itself as a valuable global player that deserves to be treated on an equal footing by the West. The problem, however, is the fact that Russia – the legal successor of the Soviet Union – lost the Cold War and is often treated as a defeated country. The very fact that the two leaders did not hold a joint press conference because “that is not the practice of the American side”, is a sign that even if Russia and the US eventually manage to reset their relations, Moscow will have to keep making concessions to Washington.

Still, Putin reportedly hopes that the two nations can act as equal partners whenever they have common interests.

“There are a number of issues of mutual interest. For example, strategic stability, regional conflicts, environmental protection measures, concern for the environment in general. That is something on which we can really work effectively and fruitfully,” Putin stressed before the meeting with Biden.

Even before the Geneva meeting, the Kremlin softened its anti-American rhetoric, and some Russian media reportedly increased their criticism towards China. NATO leaders, on the other hand, expressed a new concern about China’s growing military might, signaling “a fundamental shift in the attentions of a 30-nation alliance devoted to protecting Europe and North America”. In other words, the focus of the Western policy makers could gradually move from Russia to China. It is believed that Biden expects from Putin firm guarantees that Moscow will not establish too close ties with Beijing – a global actor that is now seen as Washington’s major geopolitical adversary.

In 2015, one of America’s leading twentieth-century strategic thinkers, Zbigniew Brzezinski, said that for the United States the most dangerous scenario would be a grand coalition of China and Russia united not by ideology but by complementary grievances. As Brzezinski noted, if such a coalition ever occurs, China would likely be the leader and Russia the follower. At this point, however, it is not very probable that Russia and China will form a strategic alliance against the West.

“We now are being told by the media that Russia’s pivot to the East is not beneficial, that China is a bad ally, and that cooperation with Beijing it is harmful”, said Dmitry Solonnikov, Director of the Institute of Contemporary Development, pointing out that there are Russian elites who can’t wait for Moscow to turn back towards the United States.

Although the US-Chinese trade war has worked out relatively well for Russia, bringing the Kremlin closer to Beijing, there are fears in Moscow that the longer Western sanctions remain in place, the more Russia’s dependency on Beijing will grow. On the other hand, it cannot be ruled out that certain structures within the American establishment aim to break what Russia and China described as a “strategic partnership” between the two countries, and potentially use Moscow as a proxy against Beijing. Quite aware of that, Putin recently said that he can see attempts at destroying the relationship between Russia and China.

Still, in order to achieve such a goal, the US would have to lift sanctions against Russia – a move that does not seem very likely at this point. It is worth noting, however, that prior to the summit Biden de facto gave Putin the green light to complete the construction of the controversial Nord Stream 2 natural gas pipeline linking Germany with Russia. Moreover, the US refused to directly accuse Moscow of recent hacker attacks on the American infrastructure. The Biden administration also hesitated from imposing new sanctions against Russia following the actions of the Moscow-backed Belarus’ President Alexander Lukashenko. All those small steps clearly suggest that the new rules of coexistence between the US and Russia will soon be formed. Meanwhile, America is expected to streamline its relations with Russia, in a way that is beneficial for its national interests. As Biden pointed out after the summit, his agenda is “not against Russia or anybody else, but for the American people”. However, the Kremlin, for its part, can hardly expect more than a role of the US junior partner in a potential American confrontation against China.

There are indications that relations between Moscow and Washington could soon re-address an issue that in recent years was put on a back burner. After the meeting, the two sides released a joint statement on one of the main topics of discussion – nuclear proliferation. The statement read, “nuclear war cannot be won and must never be fought.” Sergey Ordzhonikidze, Chairman of the Russian Public Council for International Cooperation, thinks that such a document is the most important achievement of the summit.

“The two countries have the ability to destroy both each other and the whole world, and it depends on them that the relationship does not slide into a global conflagration. This is as relevant now as it was in 1985 after the summit between the US President Ronald Reagan and Soviet General Secretary Mikhail Gorbachev”, said Sergey Ordzhonikidze.

In the wake of the Russia-US summit in Geneva the Russian President stressed that the two sides agreed to work on cybersecurity and strategic stability, as well as to cooperate in the Arctic and along some other tracks.

“All this should gradually become a subject matter of our discussions and, I hope, of agreements,” Putin said.

Indeed, strategic stability is what both leaders reportedly aim to restore, although it is not quite clear how they will interpret such a term. One thing is for sure – their summit might have been historic and very important, but the aftermath of the meeting is what will matter the most.